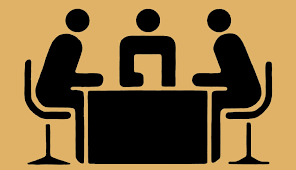 Family is an Institution which plays a crucial role in the society or community. The number of people applying for divorce has increased like never before, this is mainly because of imbalances in their relationship which may be of physical, psychological and also economical conditions. The system of serving justice in India has been under huge scrutiny over the years because of it’s huge pendency of cases, this eventually marked the need of Alternative Dispute Resolution methods in India. Section 89 of The Code of Civil Procedure Code provides an option to settle disputes outside the court. The alternate dispute resolution in India has been broadly classified into four types: arbitration, conciliation, mediation and negotiation. Mediation is the most common method of alternative dispute resolution which is being followed in India

Mediation in any way is not new to India, it is something which has been prevailing in our society for ages. In ancient India people had panchayat system, wherein elderly people of a Village who were highly respected indulged in resolving the disputes this system of mediation is still being used in many parts of our country. Mediation is an Informal way of settling disputes which is being done by a third party. The person who mediates is called a mediator and He/she will be unpartial and neutral towards both the parties. The process of mediation is generally flexible and also a long one because it takes time for the mediator to analyse the dispute and to find a solution which should be amicable for both parties, It is also an flexible way because both the parties decide time and place which may be suitable for both. Mediation can be used for divorce, real estate, bargaining and other disputes which can be solved outside the court. Mediation in family dispute resolution can be found in Civil Procedure Code, Family courts act, 1984, Legal services authorities act,1987 and also in Hindu marriage act. Lokadalat have been set in our country to effectively settle family and matrimonial disputes.

ROLE OF MEDIATION IN DIVORCE

Family is the most important Institution in our country, In order to protect a sacred institution it is better to solve disputes using mediation than using litigation, because in litigation relationships can be simply cut off. But in case of mediation the whole process or method is different because it helps in obtaining the desired results which are being putforth by both the parties and moreover family disputes are not like other disputes but also involves emotions and feelings which is the main reason why mediation is considered to be an effective way of solving family disputesAnother significant feature of mediation is that it maintains utmost secrecy thus aiming to reach a favourable decision for both the parties. Mediators are generally appointed by the courts

ROLE OF MEDIATOR IN DIVORCE

The most important role of a mediator is to facilitate communication between the parties in reaching a resolution which should be fair, cost effective and also the one which saves time. Though the mediator is the one who is in charge for proceedings he doesn’t have any right to impose a decision or solution. In short a mediator can only suggest parties to have more options than one. Initially any person would be hesitant to share matters regarding their private life to someone who is unknown or a third party, so it is necessary that mediator should possess a very strong communication skill and also able enough to make both the parties open up about their problems. Both the parties will be having their own perspective about the problem or dispute so if needed the mediator has to arrange for a conversation with either of the parties without any privacy concern which is why mediator should start the process by asking basic questions like hen and why. Once both the parties feel comfortable in sharing their problems that’s when role the main role of mediator starts, firstly he has to explain the parties about how the process of mediation will take place and then to obtain consent of both the parties to have a separate meetings with mediator. He should also question each of the parties to give a brief account of the facts and disputes prevailing between them. Some of the cases may last for 30 days and some may take months to settle the dispute which basically depends on the nature of case.

ADVANTAGES OF MEDIATION IN DIVORCE

1. COST EFFECTIVE THAN LITIGATION
The biggest advantage of seeking mediation is that it is cost effective and also it is better to go for a mediation than hiring a solicitor to handle a case through litigation for the purpose of divorce.

2. LESS TIME CONSUMING
The process of litigation is generally long and a very complex one, however in mediation parties can resolve the dispute with few months and sessions since it is flexible.

3. MEDIATION IS CONFIDENTIAL
Family as known is considered traditional and sacred, It also includes emotions and feelings therefore when a person seeks divorce he/she would like to have it confidential so that to avoid embarrassment from other people which is also the main reason why many parties approach mediation centres for divorce. In mediation each and everything shared with mediator is kept confidential.

4. AMICABLE RESOLUTIONS
The most important advantage of mediation is it ends in providing amicable resolutions, unlike litigation in this both of the parties agree to a resolution which is favourable to both.

DISADVANTAGES OF MEDIATION IN DIVORCE

When it comes to mediation the discretion of cooperating to resolve the dispute doesn’t really rely on mediator as he is not entitled to force or compel either of the parties to cooperate, which indeed is a main drawback for mediation in divorce proceedings as it may affect the process.

WHAT ROLE DOES COURT PLAY

According to Section 9 of the Family Court Act, 1984 it is necessary for the court to solve disputes relating to maintenance, alimony, custody of the child through mediation process. It is also said that if there is any chance of solving an issue through mediation then the court is said to direct the case to mediation centres so that unnecessary time delay in the dispute maybe solved amicably.

Alternative Dispute Resolution is becoming one of the most preferred method to resolve disputes than litigation. The main reason behind this is large pendency of cases and also the long process of litigation. Marital disputes should be considered only for mediation because it is very confidential and less time consuming. Mediation being a very flexible process proves it to be a vital concept to resolve issues between married couples. Hence the author suggests that mediation should be used widely as it also gives another chance for all divorcing couples to give it a thought
Image Credits https://images.app.goo.gl/5DbiH2QkPG8MPgi78