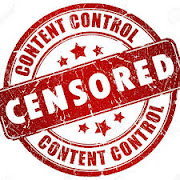 India is a country where the movies, web series and social related contents influence people in a large amount so as they pretend and acts like they are the part of one. The characters of the movies and series at some level are virtual, they cannot be the one in the real world. There are number of movies which are not supposed to be present before the people still these movies get approvedby Central Board of Film Certification (CBFC) by just mentioning some simple words ideally – ‘smoking is injurious to health’, ‘this film contains extreme language and unusual contents’, etc.which are not sufficient for the people to make them understand that doing this in day to day life is inappropriate, for instance, romantic, horror, crime film, thriller, comedy, action, etc., and some of them are having no sense; and so, if these films receive certification then the contents that the OTT platforms are providing must not be questioned.

OTT stands for ‘over-the-top’, is a media service, a platform where the viewers can directly acquire their choice of movies, web series, shows and daily drama with the use of internet. There is neither any need of a distributer or controller for the availability of the contents nor of the cable or satellite connection but the internet services.Now a days, these platforms are using widely by the people specifically by the young generation. OTT platforms like Netflix and Amazon prime video are originally from USA yet as a result of globalization these media are exercising by the Indians as well. In India, OTT platforms like Hotstar, Voot, SonyLIV, ALTBalaji, Jio cinema, Zee5, Eros Now, etc. are getting popularize more than the Indian cinema for the reason that people can easily access these on the online media services. The addiction for these platforms is not less than any drug as people are spending lot of money to get their subscription so that they can ingress their favorites whenever they want to, also the craze of these platforms reaches at this level that people are buying Wi-Fi connections in their place to avoid internet buffering. This also made the young generation to not going out for the movies in the theatre since it is possible with these OTT platforms. OTT platforms have changed life of the teenagers specially hostelers who avoid to enjoy with their friends and hostel life and engaged themselves in this, students who cannot afford to go out as they are residing in the hostels with restrictions, adults who migrates for their works and stay alone, etc. [i]

In India, there are several types of censorship such as religious, social, political, etc. The literal meaning of censorship is restrictions on a particular content which is not supposed to be display before the people or the suppression on a material which is objectionable and considered sensitive, harmful or say inconvenient. Censorship in films is provided under the Cinematograph Act, 1952 of the Constitution of India. Censorship in films consists of featuring adultery, one-night stands, and supernatural occurrences like evil forces, exorcism, past lives, ghosts, horoscopes, etc. also the use of drug, gambling, suicide, sexual abuse and prostitution as films are considered as a huge medium of communication with the people. OTT platforms runs irrespective of censorship, for example a Hollywood movie Fifty shades and franchise are banned in India and it is not supposed to be appears in television at all still it is available in Netflix and there are many more of this kind. Censorship in India is maintaining their proforma by giving certification by the Central Board of Film Certification to the films which should not be presented to the fore on the television and the Government of India is conceiving for the censorship on the OTT platforms as well. [ii]

Censorship is required only on the contents which are not appropriate for the people from the perspective of society, religion, politics, economic, and many more means not relevant for public view. Censorship on the contents of the OTT platforms are not bound to duty as these platforms such as Netflix, Amazon prime and all are self-made apps. There where several social media apps are running in India like Facebook, WhatsApp, Twitter and Instagram which are not censored however they also possess inappropriate things besidesit can be exchange, therefore content on these platforms must not questioned since these are the online streaming based and these platforms has no barriers, their contents are self-made, they have choose this by their rightsalso these contents are made by examining and experiencing the societal affairs, these incidents are happening in day to day life. These movies and web series are making people aware of the accidents that may occur in their life as well. Exaggerating every issue one by one, taking child pornography and sexual contents first, this is happening in every alternate place, teenagers are well known about the fact that in their age this is wrong and via these movies and web series girls are being aware of boys’ mentality and actions. Secondly, the political and religious based items are basically the reality, corruption, bribing, partiality, Hindu- Muslims conflicts, this is going on in India. Taking economic next, for business and trade, kidnapping and murders still occurs, briefly, these platforms are somehow showing mirror of our own actions. According to the surveys, it is stated that these contents are ‘unsuitable’ for public viewing, and 47% said they felt uncomfortable watching with their families, yet for such silly reasons this cannot tends to censorship. The movies and web series are clearly a mode of entertainment and people specially the youngsters are gaining knowledge of the sphere.[iii]

According to Article 19(1) of the Indian Constitution, everyone has the right to freedom of opinion and expression; this right includes freedom to hold opinions with interference and to seek, receive and impart information and ideas through any media and regardless of the frontiers. With this, the contents of the OTT platforms should not be censored. Also, the right to privacy is still there, Netflix and Amazon prime are showing their movies and web series in their private website and government are not supposed to be infringe their right. The movies and web series are not available for everyone, it requires subscription for the ingression, thus to access these one must have a subscription and if people are affording it, they are well aware of what they are approaching for. Therefore, the censorship of the content on the OTT platforms such as Netflix, Amazon, Hotstar, Voot, etc., is not relevant and the content must not be questioned. [iv]

3 thoughts on “Is It The Time for India to Consider Censorship of The Content on OTT Platforms such as Netflix, Amazon, Hotstar, Voot, etc.?”