A Healthy environment is necessary for dignified life but the environmental pollution is a big and sensitive issue all over the world whether it is developed or developing country. In India, many laws inaugurated time to time but the judiciary plays an important role in the development of new laws and expansion of articles under Indian Constitution. The judiciary expanded the scope of existing constitutional provisions. It obligates the ‘State’ as well as ‘Citizen’ of the India to ‘Protect’ and ‘Improve’ the environment. Under this blog, we will discuss the role of judiciary in the development of Articles 48A, 51A and expanded the scope of Article 14, 19, 21 and 32. 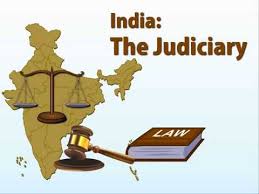 The constitution provides or ensures its citizens, right to equality, right to freedom of speech and expression, right to dignified life and right to move Supreme Court which gave us fundamental right to live in a healthy environment and duty imposed on state as well as citizen to improve and protect the environment. It includes fundamental duties, rights and directive principles of state policy.

There are many constitutional provisions which are mentioned below –

Article 51-A inserted by 42nd Amendment Act, 1976 which is the part of 10 enlists fundamental duties. It was added on the recommendation of the ‘Swarn Singh Committee’. Article 51A(g) deals with the environment which states that: It shall be the duty of the citizen to protect and improve the natural environment including forest, river, mountains, lakes and wildlife (flora and fauna) and compassion for living creatures. The Judiciary explains the true scope of Article 51A(g) in case of L.K. Koolwal v. State[1], the court state that Article 51A is the duty of citizens, but in fact, it is the right of the citizen. It creates the right in favour of citizens that they can move to the Supreme Court to see that the state performs its duties faithfully and obligatory according to the law of land and as primary duties. Article 51A ensure right to citizen to move the supreme court for the enforcement of duty imposed on state, agencies departments, local bodies and statutory authorities.

Part IV deals with the DPSP. These directive principles represent the socio-economic goals which ought to be achieved. Article 47 existing provision imposed the duty on state to raising the level of nutrition and the living of its citizens and improve the environment as public health as its primary duty. Later on, Article 48A inserted by 42nd Amendment Act, 1976 by judicial system which states that: The state shall endeavour to protect and improve the environment and also safeguard the wildlife and forest of the country. In case of T. Damodhar Rao v. S.O. Municipal Corporation, Hyderabad, the court pointed out that Articles 48A and 51A(g) are not the ‘duty’ of every citizen but it is ‘obligation’ of the state and all other state organs including courts. The Indian Constitution became one of the rare constitutions of the world which obligated duty on the ‘state’ as well as ‘citizens’ to protect the environment and it is a positive development in Indian law.

Principle 1 of Stockholm Declaration enlightened on environment protection and law in Article 14, 19 and 21 of the constitution dealing with the right to equality, right to freedom of speech and expression and right to life respectively. These are discussed in detail as follows:

Article 14 ensures equality to any person before the law or equal protection of the laws within the territory of India. When there is arbitrariness in the action of state, whether legislative or executive or any other authority under article 12, article 14 immediately comes into action and strike down such action. The interpretation of Article 14 is generally resorted in the urban development area where the permission of construction is granted by the authorities arbitrarily under its discretionary powers without considering environmental impact and public health or interest without application of mind. In case of Banglore Medical Trust v. B.S. Mudappa[2], where the area was kept for laying a park converted a civic amenity site where the hospital was to be constructed. The Supreme Court dismissed the appeal of appellant and held that public parks is important to protect and improve the environment, open spaces for recreation and fresh air, promenade for the residents and other conveniences in the interest of general public.

2. RIGHT TO FREEDOM OF SPEECH AND EXPRESSION, ETC. –

This article ensures freedom of speech and expression to its citizen. Under article 19(1)(a), which guarantees freedom of speech expression, the case came before the court of environmental matters as a result of ‘PIL’ in which people exercised their freedom of speech and expression. Article 19(1)(a) also includes right to know which is implicit. The right to know is the basic right where the citizen has right to know about the government decision and projects such as Dams, nuclear power stations, thermal power plant or hazardous industries which may affect health, life and livelihood of the people. Article 19(1)(g) also ensure or guarantees all citizens “to practice any profession, or to carry on any occupation, trade or business” but it is not an absolute because of reasonable restriction. Under Article 19(6). In case of Abhilash Textile v. Rajkot Municipal Corporation[3], where the petitioner discharging dirty water from the factory on public road and in drainage without purifying water which causing damage to the public health. The court held that one cannot carry on trade and business in the manner which causes damage to public health and becomes health hazard to the whole society.

In case of Subhash Kumar v. State of Bihar[4], the Supreme Court held that right to live in a healthy environment is a fundamental right under Article 21 of the Constitution and it includes the right of enjoyment of pollution free water, air and land for enjoyment of life. Article 21 of the Constitution of India guarantees personal liberty and dignified life not mere existence. Article 21 is the heart of fundamental rights and has expanded meaning time to time by judicial system. Right to livelihood includes under Article 21 recognized by the Supreme Court in Oliga Tellis v. Bombay Municipal Corporation[5], It was held that if the right to livelihood is not treated as a part of the constitutional right to life, it is the easiest way of depriving a person of his right to life would be deprive of his means of livelihood to the point of abrogation. So, in any case where a person is deprived of his livelihood, the state should give him another means of livelihood distant from his house.