“Generality of law falters before the specifics of life” – Aristotle

It was righty stated by Aristotle that the legislations are only a skeleton which leave a lacuna in law relating to various socio-economic problems arising today. However, with the expansion of social service functions and welfare state, there is an increase in control of material and economic resources by the state, and the power of the government is also steadily increasing. As the concept of ‘welfare state’ is developing, it is essential for the state to take responsibility and to protect various non-human species that sustain and play an important role in the economy of the state. With the growth of law and the increase in the extent of jurisdiction of states, various theories of social justice have developed which lead to a fundamental question: Whether animals have the right to life and to live with dignity under the Article 21 of the Constitution of India? 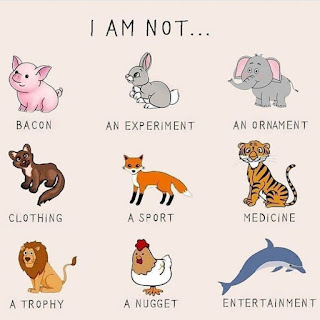 Recently, the issue of animal cruelty saw a national wide outrage after a pregnant elephant in Kerala was killed due to consuming a fruit-laden with explosive. However, this is not the first time wherein animal cruelty was prominent, various similar incidents have taken place. For example, in Kerala the jaw of a pregnant cow was severely injured after she was fed dough stuffed with firecrackers[i], various animal like dogs, cattle, cats, etc. have also been killed by similar method which created an outrage in India demanding for stringent punishment of offenders. India had attained a C ranking out of G in the Protection of Animal Index, which means that even though it is better than other countries it needs improvement.[ii]

Indian Legislations on Protection of Animals

“The greatness of a nation and its progress can be judged by the way its animals are treated”, this was rightly said by Mahatma Gandhi. India has a separate legislation under the Prevention of Cruelty to Animals Act, 1960 wherein cruelty to animals is defined under Section 11(a) to (o). Section 429 and 429 of the Indian Penal Code states the punishment for killing, maiming, poisoning or rendering animals of the value of ten rupees or upwards with simple or rigorous imprisonment of up to two to five years or more or fine or both. Article 51A(g), it is the fundamental duty of every citizen of India to have compassion for all living creatures and under Section 11(1)(i) and 11(1)(j) of the Prevention of Cruelty to Animals Act, 1960 abandoning any animal for any reason shall be punishable for imprisonment for 3 months and sick and pregnant animals cannot be slaughtered.

Under Animal Birth Control (Dog) Rules, 2001 stray dogs that have been operated for birth control cannot be captured or relocated by anybody including any authority. Further, neglecting an animal by denying her sufficient food, water, shelter and exercise or confining her in chains for long hours is punishable, lions, bulls, bears, monkeys, tigers, panthers are prohibited from being trained and used for entertainment purposes in streets or circuses under the Prevention of Cruelty to Animals Act. Sacrificing of animals is prohibited in any part of India under the Rule 3 of Slaughterhouse Rules, 2001. Further, Rules 148C and 135B of Drugs and Cosmetics Rules, 1945 prohibits cosmetic testing on animals. In July 1976, India signed the Convention on International Trade in Endangered Species of Wild Flora and Fauna agreement which seeks to prevent and control trade of endangered species.

In 2014, the Supreme Court of India gave a landmark judgement on the rights of animals in Animal Welfare Board of India v. Nagaraja and Ors.[iii] which extended right to life (under Article21 of the Constitution) to animals. The judgment conferred the right to live of intrinsic worth, dignity and honor with the aim of preventing animals from illegally being deprived of their rights.[iv] In 2018, the High Court of Uttarakhand conferred personhood to animals in the case of Narayan Dutt Bhatt v. Union of India & Ors.[v] and in 2019, the High Court of Punjab and Haryana in Karnail Singh and Others v. State of Haryana[vi] recognized that all animals in the animal kingdom, including avian and aquatic species, are legal entities and all citizens of state of Haryana were declared loco parentis. The courts recognized that the concept of legal parenthood has evolved with scientific discovery, human experiment and evolving standards of morality to not only include humans, but animals too. There is an obligation under the doctrine of Parens patriae that it is the power of the state to act as a guardian for those who are unable to care for themselves and hence, protection of animals comes under this. However, in 2017, the Tamil Nadu government amended the PCA Act and lifted the ban on Jallikattu. [vii]

Protection of Animals: Still a Myth in India

The Prevention of Cruelty to Animals Act (PCA) was passed in 1960. Two large batches of rules under the PCA have been passed in the past 20 years, the first in 2001 and the second in 2017 and 2018. In 2001, rules pertaining to performing animals in circuses and movies, slaughterhouses, animal birth control, and the setting up of societies for the prevention of cruelty to animals (SPCA) were passed. In 2017 and 2018, rules on the regulation of shops that sell animals as pets, dog breeders, and livestock markets were passed.[viii] However, while these legislations may seem comprehensive but the major issue arises in the implementation of such rules. Even though the law was passed in 2001, hardly any district has an SPCA and the state of Maharashtra only began issuing notices to set up SPCA in 2018 and the rules regulating the selling and breeding of pers in shops are not implemented in any state properly. In addition to implementation, there is no minimum compliance to the rules, for instance, the PCA states the minimum acceptable standard for animal housing which is not being complied to. Even if the implementation process is made, there is an issue of penalties for example, under PCA Act, 1960 the punishment is rupees fifty.

Further, there are six words that hide animal cruelty like vermin, pest, cull, agricultural animals, production units and economic losses. Unfortunately, society accepts these words as negative and mass killing of animals take place because they are defied as either of those words. Recently, with the spread of COVID-19, the World Health Organization provided guidelines that no disease shall be named after an animal as this led to a mass killing of animals. Hence, there must be a proper implementation of legislations and an amendment in the penalties.

This blog is authored by- Ishita Singh

10 thoughts on “Rights of Animals in India: A Poignant Reality”