‘Poverty is the parent of revolution and crime’
– Aristotle

India – developing third world country in the vicious clutches of poverty, unemployment, illiteracy and low per capita income. Without reconnoitering deep into the moral, immoral or legal aspects let us concentrate question “If begging is crime” form the prudent men’s eye. The straight answer to the question is ‘no’ because it is not an option at threshold which is picked but an involuntary choice made under the defeat of the circumstances. Anti- begging laws in India are based on the assumption that idleness is the welcomed optimal choice and therefore, they should be arrested and penalized for the same. 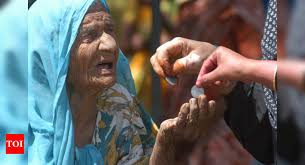 It is not an issue which is limited to India but is visible in the sundry nations around the world. It is an issue which predominantly palpable in the third world countries. But what does beggary highlights? The beggar in the street reminds us of the ill-organized society, which is not able to adjust him properly.[i] These homeless beggars highlight the failure on the part of the state and government to enhance the facilities of the basic necessities of lives to the masses below the poverty line and preserve their right to live with dignity and not mere animal existence. The court held that Court observed that, “the Constitutional protection of human dignity requires us to acknowledge the value and worth of all individuals as members of our society”.[ii] This will be catastrophe on the part of the government to seize the means to wretched livelihood the destitute has and not to restore it in desirable fashion.

In 1940s, the British rule in India needed a labor force in the war efforts. People were asked to leave their agriculture work and come to cities. There was mass retrenchment after the war. People who had come to the cities had no work left and lost their original work. They had no place to go. The issue of beggary emerged as a health problem first. West Bengal came up with the first law, then Mysore and Madras.[iii] After Independence there is absence of the national or federal legislation in this regard and Mumbai (Bombay) was the first state to attempt to form the regulations by the way of the Bombay Prevention of Begging Act, 1959 which was later adopted by approximately 22 states. This legislation illustrates the complete blanket ban on the act of begging in any form. All the offences in the act will be gone under the summary trail except for those under section 11 of the act. The Act elaborates in the aforesaid section that if any person employs or causes any other person to solicit or receive alms, or whoever having the custody or charge of the child, connives or encourages, their employment or the causing the child to solicit or receive alms or uses another person as an exhibit, shall be punished for imprisonment for a term up to three years but which shall not be less than one year.[iv]

Section 24(1) of the Juvenile Justice (Care and Protection of Children) Act, 2000 says that whoever employs or uses juvenile for the malafide purpose of engaging him/her in begging which be liable under section 24. Section 363A of Indian Penal Code (IPC) provides for punishment for a person who kidnaps or maims a minor for purposes of begging. Unauthorized vending/hawking and begging in trains and Railway premises is an offence under the provisions of Section 144 of the Railways Act, 1989.[v] The child beggar is measured as those children who are in the need of the protection and care under “Integrated Child Protection Scheme” initiated by the Ministry of women and children development. Apart from the legislations there is plethora of the schemes for the destitute men or women, for instance, IGNAPS (Indra Gandhi National Old Age Pension Scheme).

Anti-beggary legislations in India are taking no notice of the human race existence and violating the constitutional norms ensuring the essence of the fundamental rights. Indian laws are clearly not eradicating the issue in hand but adding to the misery of the destitute and addressing it as a crime committed with intention. This is wiping the poor from the radius of the urban areas to bury the under the piles of ignorance.

This is sheer violation of the fundamental rights because the key elements which constitute the crime are unmistakably vague. It is not an illegal conduct, Fuller said that a conduct may not stand up to the benchmark of the society and may be assumed to be inopportune and bad mannered but it is not criminal. Mens Rea is the essential element in the crime, in the instance of absence of voluntariness – it can be said that act is under the coercion of the circumstances. There is no harm caused in general and the theory of proportionality is to be given due consideration. The so called offence of beggary is non- bailable and punished up to 10 years of imprisonment, but it is absurd to accept the beggar to have an attorney and monetary status to pay for the bail. This leads to the infringement of the fundamental right of fair trail and liberty.

Our country being a social welfare state with the Constitution of India guarantees to all its citizens, the right to life and personal liberty which includes all the aspects of life for making a person’s life worth living.[vi] In the case of Bandhua Mukti Morcha Vs Union of India[vii] the Supreme Court held that right to life is life with dignity free from exploitation and it as well includes the right to livelihood.[viii] Article 23 was incorporated to put a full stop on any form of human trafficking and when Article 39 (e) and (f) read along with Article 23 makes it an obligation of the state to preserve the rights. Thus, it can be safely said that anti beggary laws are myth based on the assumption that confining the poor behind the bars of jail will end poverty, hence beggary. It is the utter violence of Article 19, 21 and 23 of the constitution and requires the immediate

Image Credits
This blog is authored by- Manmeet Marwaha

20 thoughts on “Is Ban On Beggary Antithetical To Right To Livelihood And Life?”