“We cannot always build the future for our youth, but we can build our youth for the future.”
-Franklin D. Roosevelt

There were rumours of this and now it has occur. India on Wednesday announced a ban on an additional 118 Chinese apps which include a big name “PUBG Mobile”. Banned according to section 69A of the Information Technology Act. Details are scarce for now, but we know why the apps are banned and some educated guesses can be made as to what is going to happen next. In India, millions of gamers will start losing use of the popular battle royale game PUBG Mobile. After weeks of reports and rumours, the government has finally added PUBG Mobile and PUBG Mobile Lite to the list of banned apps in the country. 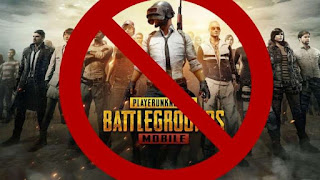 According to App Annie, an agency which observe (monitor) the use of mobile apps has mentioned that, PUBG has over 50 million users in India of which nearly 35 million are active users. In fact, around 25% of all of PUBG’s global gamer base is came from our country, India. Online analytics firm Sensor Tower confirming this in numbers over the summer that PUBG has seen more than 175 million game installation in India. After the Indian government banned PUBG Mobile, Tencent has lost $14 billion in market value in one day and its shares fell 2% on Thursday, breaking two straight sessions of gain.
The latest indication of ban sees some 118 apps were taken off from the mobile phones in India, however, the biggest casualty is definitely PUBG Mobile (a battle royale game) that is possibly one of the biggest multiplayer sensations of the last few years. PUBG Mobile’s popularity is such that it sees thousands of users login into the application every day, and spend not only time but also money on this multiplayer game that has become an ordinary place on both Android and iOS smartphones in the country.
PUBG Mobile and PUBG Mobile Lite have been banned in the country, due to the backdrop of growing tensions between India and China. In a press release the government has explained that there are some serious security and data privacy concerns, including the game as its servers are based out of China. The government claims the move to ban the game and said “it will safeguard the interests of crores of Indian mobile and internet users, and the decision is made to make sure safety, security and sovereignty of the Indian cyberspace”. Now the government is tying PUBG Mobile’s ban with the matter related to national security that means there is the little way of a chance for users to play their favourite battle royale game in near future. The extremely popular battle royale game has also been in the news due to its addictive nature and also the impact on a gamer’s mental state.

What is PUBG Mobile?

However, PUBG was created by a South Korean gaming company named Bluehole, it was the Chinese gaming company Tencent Games which brought PUBG’s mobile version. This is a multiplayer online game which simply follows a pattern of multiple players collecting automatic guns in a random location and killing the other 99 players and survive till last to win the match. The approach is very simple, it is winner-winner chicken dinner, kill others or be killed by other players. This simple and effortlessly accessible nature of the game has given rise to PUBG addiction in different age groups in India. In actual fact, there have been several disturbing reports regarding the injuries, suicides and murders has come either through direct or indirect involvement of PUBG Mobile game.

The tales of scary PUBG addiction:

As per the reports, a fitness trainer belongs to Jammu was admitted to a hospital after the addiction of PUBG has made him partially lose his mental balance. The highly addictive nature of the game was brought in light when a teenager from Punjab has reportedly spend 16 lakhs from his parents’ bank account to buy gears and upgrade his in game character. These events are very scary reminder of the fact that why addiction to digital or video-gaming activities have been officially defined as “Gaming disorder”.

What is a gaming disorder?

According to World Health Organization (WHO), gaming disorder is defined as a pattern of gaming behaviour either digital gaming or video gaming which is distinguish by impaired control over gaming, increasing the priority on gaming compare to other activities to the extent that gaming takes precedence over other interests and daily activities, and continuation of gaming despite the incident of negative consequences. According to health agency, there are five warning signs which indicate that you are suffering from gaming disorder. They are:

2. No proper control over playing time

4. Loss of interests in previous hobbies and entertainment as because of more interest in playing games.

5. Symptoms of coming back towards game.

You get irritated, angry, sad or even depressed if you were not allowed to play the game. WHO has states that for gaming disorder to be diagnosed, the behaviour pattern must be of enough serious to result in significant impairment in personal, family, social, educational, occupational or other important areas of functioning and would normally have been obvious for at least 12 months.

The growing popularity of PUBG Mobile had also open the way for several professional mobile game tournaments, which has given a climb to the professional gaming industry in India. While now the professional gamers will have to think of switching to a different battle royale game, it is an uppermost importance to lightly guide and pay attention to the mental state of habitual gamers in the light of PUBG ban.
The instant ban on the online games may lead to a drastic shift in behaviour and mood of gaming addicted persons. They may suffer from depression, irritation and even aggression and may experience functional impairment in different areas of their lives. For many peoples, their day began and ended on their PCs and smartphones, spending more than eight to ten hours a day while playing the game. This sudden shift in their routine needs to be cautiously monitored by their parents, guardians and other family members. They should also note if the gamer is showing any tell-tale signs of gaming disorder.

Which countries have banned PUBG Mobile?

1. Iraq: In 2019, the Iraqi government had banned several titles which include PUBG and Fortnite, by claiming that the games had unfavourable social and psychological effects on the public.
2. Jordan: After few months when Iraq has ban, Jordan’s Telecommunications Regulatory Authority had also decided to ban the prominent battle royale game, stating that it had very adverse effects on the users.
3. India: As already mentioned above, PUBG Mobile was banned in India by the Ministry of Electronics and Information Technology on Wednesday.
4. China: PUBG Mobile was even banned in China, as according to their government the game is promoting ‘blood and gore’. Then tencent games has decided to release the game under a new name, ‘Game for Peace’, that follows all the restrictions set by the authorities.
Aside of permanent bans, there were also some countries which have temporarily banned PUBG Mobile. The government of Pakistan had banned the game in July 2020 but soon overruled its decision. Nepal has also banned the game for a temporary period back in April 2019.

Every decision has two phases i.e. good and bad. The PUBG Mobile ban is bad for those who are preparing for the competitive level. This will take down their all dreams and the gaming future of our country. Recently, in a competitive tournament PUBG Mobile World League (PMWL), 2020 India get 2nd position. “Orange Rock Esports” is the team which takes India to the 2nd position in world league.

The ban is good for the students. The game greatly affects the studies of a person. The students who should be studying they are wasting their time on this game. This results in neglecting studies and also in reduced level of concentration which take them away from their better future. The youth are wasting their time and neglect their studies just to play this game. Similarly, the persons who are working are also addicted to this game. It creates barrier in their work and also makes them lose the target of their goals. It also creates bad impact on personal relationships.
Beside this try to spend time with your family instead of scrolling through the phone or playing games. When you are surrounded by your loved ones, you will not care about other things. So, utilize your time instead of playing games.

This blog is authored by- Avnish Srivastava