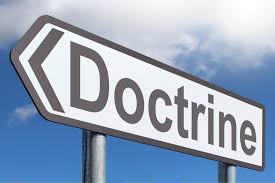 Article 13 of The Indian Constitution says that, “All laws enforced in India, before the commencement of Constitution, in so far as they are contradictory with the provisions of fundamental rights shall to the extent of that contradiction be void.”
The great facet of the aforementioned clause must be explained with clearness. When a particular part of statute recoil beyond the fundamental rights of the Constitution, the very element of the statute would be declared void provided that, the illegal part of the statute is divisible. But, if the unauthorized part of the statute is undividable, then the intact statue would be held void. Hence, severability finds its momentous place while invalidating an unconstitutional part of a statute.

The Doctrine of Severability in Article 13 can be understood in two dimensions:

1. Article 13(1) validates all Pre-Constitutional Law and thereby declares that all Pre-Constitutional laws in force before the origination of the Indian Constitution shall be void, if they are contradictory with the fundamental rights.
2. Article 13(2) mandates the State that it shall not create any law which takes away or abridges the fundamental rights conferred in Part III of the Indian Constitution and any law contraventions this clause shall be null and void.
The Doctrine of Severability is not a rule that was found after the Indian Constitution rather; it has been in reality in the judicial system of England for long. For the first time, the Doctrine of Severability was useful to make a decision in the case “Nordenfelt v. Maxim Nordenfelt Guns and Ammunition Company Ltd, 1876”.
But it was alleged that, though the circumstances of the contract were at the welfare of the parties, the moderation of trade is considered to be void ab initio in the common law. Subsequently, the court observed that the contract is aligned with the reasonable scope of public policy. The interrogation was about the severability i.e., whether, the unreasonable clauses of the contract could be patchy and still making the contract valid. Since the irrational portion of the contract is severable, the court employed the doctrine of blue pencil and permitted the first part of the accord that “the applicant would not make guns or bullets anywhere in the world” and thereby legalized the applicant to trade without any restraint.[2]
Later on in cases viz., Champlin Refining Co. v. Corp. Commission of Oklahoma, 1932 and Ayotte vs. Planned Parenthood of N. New Eng, 1894, the court discussed the doctrine of Severability very specifically and propounded 3 principles of consistency to separate the tricky portions of an act and to endorse the rest of it. The three interconnected principles are,[3]
The court tries not to invalidate more of a legislature’s work than is necessary
Being watchful that its constitutional authorization and institutional competence are limited, the Court restrains itself from “rewriting the state law to confirm it to constitutional needs”
The touchstone for any decision about solution is legislative intent.
R.M.D.C. v. Union of India (1957) finds its important place among other landmark judgements as the entire judgement observed Doctrine of severability and its observations are:
Courts would be reluctant to declare a law invalid or ultra virus on account of unconstitutionality.
Courts would accept an interpretation, which would be in favour of constitutionality rather than the one which render the law unconstitutional.
The court can resort to reading down a law in order to save it from being rendered unconstitutional. But, while doing so, it cannot change the essence of the law and create a new law which in its opinion is more desirable.
The acid test of doctrine of severability was applied in the following judgement with the view to safe guard the fundamental rights of the citizen of India.[4]
In A.K. Gopalan v. State of Madras (1950), the petitioner- a communist leader was detained under the Preventive Detention Act, 1950 and he challenged the preventive detention made on the ground that is infringement of his fundamental rights under article 19 and 21 of Indian Constitution. The Supreme Court held that only the unconstitutional provision of the challenged Act will be void according the Doctrine of Severability. Section 14 of the Preventive Detention Act was declared unconstitutional and void. The Section 14 was severed and every other sections of the Preventive Detention Act, 1950 remained constitutionally valid.
For the first time in the history of India, a National Lockdown – an undeclared national emergency is declared for 74 days (from 25.03.2020 to 17.05.2020). The lockdown curtailed the common people mobility from homes to their regular work. The public transport services were suspended. Later some exceptions were given for transportation of essential goods and emergency services. The Home Ministry ordered restrictions that anyone who fails to follow the lockdown can face imprisonment for a period up to a year.
To recover from the pandemic, successful medical and lockdown protocols of China and European countries were followed up. The districts were categorised as red, orange and green zones and within the red zone, the areas of COVID 19 positive cases were declared as Containment Zones. Soon after the delineation and closing of the containment zone, the entire population must be tested for COVID 19 infection and if any person found infected, the person has to be shifted to the hospital. Once the tests were over for the entire population of the containment zone, the zone has to be opened for the public for their day to day affair. As per the Article 19 of Indian Constitution, reasonable restriction is allowed in the interest of the public but; the restriction should not be misused or overused.
In reality, the COVID 19 confirmation tests are not conducted for the entire population of the containment zone and it is closed indefinitely. Against the few reported cases, the mobility of thousands of people within the containment zone continues to be locked indefinitely and it is a violation of Fundamental Right that enshrined in the article 19 & 21 of Indian Constitution. It is unconstitutional to restrict the people’s movement completely in the containment zone for an indefinitely period without proper testing. Hence, the doctrine of severability would apply in this lockdown protocol where the unconstitutional portions of the protocol would be severed and made void.
The Doctrine of Severability in Indian Constitution is a pre-eminent principle to protect the fundamental rights of every citizen of the county. It is an acid test to validate any law against the Fundamental Rights that enacted either in the present parliament and legislative assembly or in the pre-constitutional period. This doctrine has an all-time relevance in every legal aspect of the governance of a welfare state. At this juncture, it is pertinent to validate the unconstitutional portion of COVID-19 protocol which is against the fundamental right of our constitution.

This blog is authored by- Shramana Sengupta