The case comment here wants to lay emphasis that, invoking Article 142 of the Indian Constitution to confer power on the trial court to order the test voice samples, is infringing the Right to Privacy enshrined Article 21 and thus, Ritesh Sinha v. State of U.P.[1] requires a recheck. Such orders of the Hon’ble Court are “ultra vires” of their powers conferred under Article 142 of the Indian Constitution. In the case of Prem Chandra v Excise Commissioner[2] it was stated that Hon’ble Court cannot pass any decree under Article 142 which is violative of fundamental rights under Part III of the Indian constitution and even in the case of Ritesh Sinha v. State of U.P[3]. The Hon’ble Court categorically stated that it has not considered whether the judicial order by a magistrate compelling audio samples, will be violative of the right to privacy. 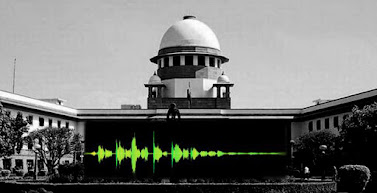 The power under Article 142 is extraordinary in nature and can be exercised only sparingly and in extraordinary circumstances to prevent manifest injustice[4]. These powers ought not to be invoked against the accused, where there is violation of fundamental rights.

The Judicial order compelling the trial court to test voice samples, violates the right to privacy of the accused, guaranteed under Article 21 of the Constitution of India. The Hon’ble Court in the Puttaswamy judgement[5] embarked Right to Privacy inter alia in the right to autonomy and the right to make intimate decisions about oneself. The court in its judgement stated that “personal autonomy should be given importance when it comes to the matter of being silent or particularly speaking on a topic. It has always been an individual’s decision whether to make a statement and the state has no autonomy, especially when that person is facing exposure to criminal charges or penalties. Thus, such a person being subjected to impugned techniques in an involuntary manner violates the privacy of a person”.

Article 21 is considered the “heart and soul” of the Indian Constitution[6] and since Right to life is one of the basic fundamental rights and even the state has no authority to violate this right or take it away in any manner. Article 21 protects the dignity of human life, one’s personal autonomy, one’s right to privacy and thus, right to dignity is always been recognized as an essential part of right to life[7]. Therefore, compelling the accused to give his voice recording for the purpose of testing that in absence of a proper legislation, defies the whole purpose of Article 21 Constitution of India.

Even in the Judgement of Suchita Shrivastava[8] it was reiterated by the Hon’ble Supreme Court that right to make decision regarding one’s body is an important facet of law and the Hon’ble court in its judgment clearly pointed that personal and intimate nature of an individual’s health information which relates to issues of bodily and psychological integrity and personal autonomy are confidential in nature and access to the information and its disclosure may result in harmful effects.

The Hon’ble Court itself in the case of Selvi & Ors v. State of Karnataka[9] has been reluctant in giving an expansive meaning to section 53 of the CrPC (medical examination of accused) violates the right to privacy. The Hon’ble Court in its judgement clearly contended that though the courts have the powers to examine the legislative history of any statutory provision, it is not proper for us to determine the legislative intent as, the court does not have access not all the materials which were used by the legislator while framing the law.

THOUGH RIGHT TO PRIVACY IS NOT AN ABSOLUTE RIGHT, THE STATE DOES NOT SATISFY THE FOUR PRONG TEST LAID DOWN BY THE HON’BLE SUPREME COURT

Right to privacy under the ambit of Article 21 is not an absolute right as the Hon’ble Court has tried to maintain a balance of equities between individual interests and legitimate concerns of the state. The Hon’ble Court used this argument in Ritesh Sinha v. State of U.P allowed the state to record voice samples but the Researcher, here contends that this argument needs scrutiny. In the Puttaswamy case the court reiterated that when state infringes the right to privacy it has to pass the test of “principle of proportionality and legitimacy” and the test suggested by the Supreme Court in para 71 is-

This concerns expressed on behalf of the petitioners arising from the possibility of the State infringing the right to privacy can be met by the test suggested for limiting the discretion of the State:

Thus, the state has not been able to pass this test of proportionality, as the first explicit condition mentioned is that the test is that the action must be sanctioned by law or in simpler words that there should be a legislation and here the Researcher contends that there is no legislation regarding the testing of voice sample and that is pretty evident from the fact that the Hon’ble Court exercised its powers under Article 142 and this power is used by the court only when there is no legislation on the subject matter which is been brought up by the parties. Thus, the first essential remains unanswered and there is compliance by the state.

The collection of voice samples was mandated by the Supreme Court in exercise of its power under Article 142 and not by sanction of parliamentary law, without considering the test laid down for right to privacy. Then, discussing about the other parts of the test the state has been unable to comply with them either as there is no procedural guarantee because the state has no prescribed mechanism with clearly answers question such as how long the voice samples will be stored with the Government, whether they will be shared with the competent legal authority or if the accused is not found guilty, the sample recorded would be destroyed or would be recorded as evidence on record and if these voice samples get misplaced what is the procedure. Thus, these are certain questions which are unanswered and clearly pointing out that neither there is a procedural guarantee against any kind of abuse nor the extent of interference on the part of the state, can be considered reasonable. Thus, there is infringement of right to privacy which is unjustified and arbitrary as it does not satisfy the four- prong test laid down by the Hon’ble Court.

With the authorities cited in the earlier sphere of discussion it can be concluded, that since in the case of Prem Chandra v. Excise Commissioner[10] court opined that this court has very wide powers which are till date and will always be exercised in the interest of justice but somewhere there needs to be restriction, and in-order to do complete justice between the parties under Article 142 Constitution of India it must be kept in mind that no decision by this court should be inconsistent with the Fundamental Rights guaranteed by Part III of the Constitution and also should not be in contradiction with the substantive provisions of the statutory laws, the decree passed by the Apex Court goes against the verdict of Prem Chandra and is violative of Right to Privacy enshrined under Article 21 of the Constitution of India.

When there is ambiguity in the legislation, the Hon’ble Court usually uses the rules of statutory interpretation to give the legislation a purposeful meaning. The court was of the erroneous opinion that the rule of ejusdem generis would be applicable for considering voice samples as a part of Section 53 of the CrPC, thus the Researcher contends that the Hon’ble Court applied the rule erroneously and laid down a new law in entirety, which has never been done before. It is submitted that the application of the rule of ejusdem generis to Section 53 is misplaced. In the case of Jage Ram v. State of Haryana[11] the Hon’ble Court reiterated that the general words which are used in statue must confine to things of same kind but here, the Researcher contends that fingerprints are not similar to voice samples as, recording of fingerprints does not amount to infringement of right to privacy but voice samples (as per the above agreement) do amount to infringement of right to privacy one more point to be borne in mind is that, the legislation may be, on purpose did not bring the testing of voice samples under the purview of Section 53 of the CrPC. Also, in the case of Uttar Pradesh State Electricity Board v. Harishankar[12] the court pointed out that like another rules of the statutory interpretation this rule can be a “useful servant but a bad master” and the saying has certainly come true as the court by applying this rule in Ritesh Sinha not only made a new legislation altogether by also did not consider the point that this legislation violates the right to privacy under Part III of the Indian Constitution. Thus, Ritesh Sinha requires a recheck or else it will act as a bad precedent in the court of law.