The Supreme Court of India in its series of judgment highlighted the need of setting up of special environmental courts, the first one being in MC Mehta v. Union of India,[i] (Oleum Gas Leak case), and by the Law Commission of India in its 186th report in 2003. Finally it got established on 18th October, 2010 under the National green tribunal Act, 2010 as Article 21 of the Constitution ensures Right to healthy and clean environment to every citizen as Right to life. 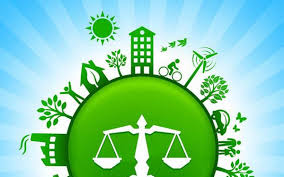 To give effect of aforesaid declaration and recommendations and to provide for a separate special court for effective and expeditious disposal of cases relating to environment, relief, compensation, damages to the person or property, the parliament enacted the NGT Act, 2010. This Act has repealed the National Environment Tribunal Act, 1995 and the National Environment Appellate Authority Act, 1997 and saving the all pending cases before the National environmental appellate authority.

NEED FOR THE ESTABLISHMENT OF NATIONAL GREEN TRIBUNAL: –

STRUCTURE OF THE NATIONAL GREEN TRIBUNAL:-

No application for the adjudication of the matter should be brought after the expiration o period of 6 months from the date of cause of Action, unless the applicant proves that he was prevented by sufficient cause from filing and extra 60 days has been given.[v]

APPEAL TO THE SUPREME COURT:-

An appeal can be filed on the ground given under Sec100[vi] C.P.C. within 90 days from the date of communication of the decision, awards or order of the tribunal to the aggrieved party except when the appellant satisfy the court that he was prevented by sufficient cause from preferring the appeal, only then extension is granted.[vii]

PENALTY FOR FAILURES TO COMPLY WITH DECISION OF THE TRIBUNAL:-

Section 26[viii] of the act provides for the punishment for those who fails to comply with the decision of the tribunal: –
i) With imprisonment for a term which may extend to 3 years.
ii) With fine which may extend to Rs.10 crores.
iii) Or with both.

WORKING OF THE NGT: LANDMARK JUDGMENTS:-

The NGT has shown for serious concern for providing wrong information in the Environment Impact Assessment (EIA) reports, as reiterated in N. Chellamuthu v. The district Collector,[ix] here the NGT set aside the Environmental clearance granted to municipal solid waste processing plant of Chennai because of the wrong information provided in the EIA Reports.

NGT has done well so far however numerous enhancements are as yet needed to make available, rapid and powerful resolution of ecological disputes a down to earth reality. The Central and State government should work as a team with NGT to protect the environment with faster usage of the NGT orders to be executed.

1 thought on “Powers And Functions Of The National Green Tribunal Act, 2010: An Analysis”