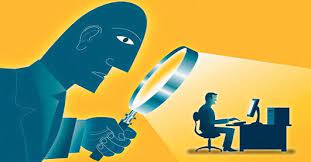 The Right to Privacy has often been subject to controversy. The Right to Privacy was granted as a fundamental right in the year 2017 by the Supreme Court of India in the case of Justice K. S. Puttaswamy (Retd.) and Anr. vs Union of India And Ors by the nine-judge panel of the Supreme Court. The judgment was pronounced when the Right to Privacy was challenged with reference to the Adhar Card as it collected the biometric data of the individuals. The government argued that the Right to Privacy was not a fundamental right and thus paved the way for the judgment on the Right to Privacy. However, the Adhar card plea was dismissed with a majority of 4-1 [2]and the Adhar card was thus approved. People often try to invade the privacy of others by various means. People install CCTV cameras in areas to capture the personal photographs of men and women to blackmail them for extortion. The crime is not only limited to CCTV cameras but also to other electronical devices Such actions performed by people are considered to be very severe offenses and are punishable under section 66E of the Information Technology Act, 2000. Section 67A of the IT Act states that if material which is published online is sexually explicit, the person can be imprisoned for 5 years and be liable to pay a fine of up to ten lakhs.[3]

Numerous crimes are happening on social media which leads to the breach of privacy. A person is not allowed to disclose the information of anyone online in any form of media. If the person does so without the consent of the respective person, then he or she will be punished under section 72 of the Information Technology Act and will land up in prison for up to two years or a fine of Rs One Lakh[4]. There are certain occasions when people who have great knowledge of computer science apply it to take control over the people’s profile on the electronic media through hacking. Though hacking is legal if it is done with the consent of the government or the respective person, it is considered to be illegal if it is done without the respective person’s consent. According to Section 66 (1) of the Information Technology Act, 2000 of the Information Technology Act, 2000, “Whoever with the intent of cause or knowing that is likely to cause wrongful loss or damage to the public or any person destroys or deletes or alters any information residing in a computer resource or diminishes its value or utility or affects it injuriously by any means, commits hacking. . The person shall be punished with a jail term of three years or with a fine which may extend to two lakh rupees or both under section 66 (2) of the Information Technology Act, 2000.[5] Such grave crimes destroy the person mentally and are therefore considered to be severe offenses. However, the punishment under these sections is not justified as the punishments are very limited. Whoever charged under section 66E of the Information Technology Act, 2000 will be punished with a jail term of up to 3 years or a fine not extending Rs 2 Lakh[6]. As the charges under this act are very severe and have the ability to destroy the personal life of the person, severe punishment should be awarded to the criminal. Even though after having provisions to punish the criminals for committing such a heinous breach of privacy, these acts continue to persist all across the world.

As stated above that the Right to Privacy has been granted as a fundamental right under Article 21 of the Indian Constitution but the right is not absolute. It was held in the judgment of Ritesh Sinha Vs. State of UP [7]that the right to privacy is not absolute. It is not absolute because people have the right to differ from others’ choices and may have different or similar opinions. People who belong to the LGBTQ community may have different choices in choosing their partners and may become a victim of a breach of privacy. Therefore, it is one of the reasons that the right to privacy is not absolute so that the interest of the LGBTQ community people is protected. The other reason for the right to not be absolute is to protect the people from having different choices like food, clothes, shelter, etc. Even though the Right to Privacy is not absolute, it still leads to the misuse or breach of data in different manners. The government also approved the Personal Data Protection Bill in the year 2019 with an aim to protect the privacy of the people. However, the bill drew several criticisms with reference to the possible access of the government to the data without the permission of the owner. The bill states that the data cannot be accessed by anybody without the permission of the owner of the data except the government in the interest of security, of state, public order, sovereignty, the integrity of India, and relation with foreign states. [8]People believed that the access of data according to the bill to the government without permission as mentioned in the bill can lead to serious circumstances and is a threat to the privacy of the people.

After having learned about the Right to Privacy in detail, I have come to the conclusion that though the right to privacy may have become a fundamental right in our country after the judgment, there are no strict rules governing the right to privacy and it needs to be amended. Different bodies should be set up to protect our right to privacy and the applications should have strict privacy rules to operate in our country. Even though privacy is an essential part of our life, many applications are successful enough in invading the privacy of our life and can easily get access to the data we operate on our devices. Even though we have accepted the conditions to use that data and then such data is being stored by the applications, the government should propose stricter rules to protect the breach of privacy done by several application as such applications is essential in the daily use. The government should also impose strict punishments for people found guilty of stealing private data or transferring personal data of a person to another to bring cybercrime to a verge of end. Thus, with my understanding, I believe that the right to privacy needs various amendments to be competent enough to curb the cyber crimes happening in India.