The blog focuses on Right to Information Act 2005. All the new amendments taken place in the act are right or beneficial for the public or not. The critical analysis, discussions on the facts and cases related to the topic and the act will also be discussed in this blog only. Right to Information means pubic should have all knowledge and information regarding actions taken by public authority basically public office and public officers are meant for public only and if it is so then it is the duty of the public officer holding that public office that whatever work he/she does that should be only for the benefit of public. 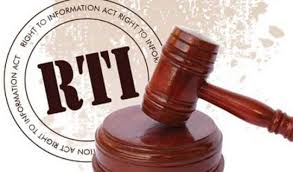 But we have seen many times that the public officer holding public office at times took decision which is beneficial for them only and take advantage of that. If it continues then what will be done for public’s right and their benefit. Because these decisions have no revision or review power given to public to ask why they had taken these decisions or etc. there is no basis on which a public officer takes decision and with that there is no proper criteria as such. At least they should provide information and reason to the public so that public can accept that you have done a particular act or had taken a particular decision which later can be accepted by public but for that they have to first provide the correct and reasonable information regarding their act and decision. It is easy to say right to information but difficult to practice. So the act came in force in 2005. Parliament replaced the erstwhile Freedom of Information Act,2002 which mandates timely response to citizen requests for government information and also provides that if a person wants some information from any public authority then he/she should approach that public authority and take the information but the person should give an application in written to the authority regarding the information he wants to ask and have to give 10rupees as a fee or you can also mail regarding the same and it is not necessary to disclose the reason that why do you want to ask that information. The public authority is under obligation to supply us the information within 30 days of filing of the application.

There are also cases where the information is related to life and liberty in that case the information should be given strictly within 48 hours. Basically Right to Information depends on the state whether they execute it or not but this act proofs right like if any university checks the paper wrongly or given a wrong decision then we can through right to information can have our paper re-check and according to that you can take further action against the university. This limits the power of taking decision by public authority as they are answerable to the public and public can question that also so now they can not take advantage of this on their own.

Basically it empowers every citizen to seek any information from the government, inspect any government documents and seek certified photocopies thereof[1]. It also empowers citizens to official inspect any government work or to take the sample material used in any work[2]. Right to Information is a part of fundamental rights under A-19(1)[3] of the Constitution which says that every citizen has freedom of speech and expression.

Sec-16 now sates that the salaries, allowances and tenure of state information commissioner[4] too will be decided by the Central Government.
This amendment was first passed in Lok Sabha and later was passed in Rajya Sabha too. Several people have opined that it wouldn’t be passed in Rajya Sabha as BJP does not have the majority but some parties came ahead and supported BJP. Rest all the opposition was strictly against the passing of bill but majority was with BJP. The motives behind this were very simple and clear that in my opinion the independence of information commissioners would completely over and now these information commissioners will also do things according to politicians as if they go against them then there transfer is confirm this is because they have that power.
In the past 10-15 years, this act has probably been the most successful and powerful it was brought under the UPA1 Government and basically this was the reason behind the collapsing of UPA Government. Due to this act many scams were came to know like commonwealth scam, 2G scam and with that we also got to know that how much currency came back into banks post demonetization.

In 2005, an RTI activist Neeraj Sharma filed an RTI in Delhi University so as to find about the details of the people like their roll number, marks in different subjects, name etc, who passed out as bachelors of Arts in 1978 but DU refused to do that then the RTI activist approach an information commissioner for the same then information commissioner said DU to give the information to him then the head of DU said we can’t give you the information and said on their own that Modi ji had received the BA degree from DU in 1978. Now to defend this DU approached the court and case is still going on that we should give this information to public or not.

· Attempts to dilute the independence of Central and State Information Commissioners[5].
· Give undue powers to the Government to appoint Commissioners with uncertain salaries.
· Terms of office of ICs and CIC. Earlier it was fixed that is for 5years now the Central Government will notify the term of office.
· Quantum of salary. Salary of ICs and CIC were equivalent to CECs and ECs respectively at central level and ECs and Chief Secretary respectively at state level but now the salary will be decided by the Central Government.
· Deduction in salary. Earlier if CIC and ICs were receiving pension or any other retirement benefits for previous Govt. services, then their salaries will be reduced by an amount equal to pension but now this provision has been removed.
A statutory term of appointment gives job security. But if ICs have to serve according to terms of Government, the institutional autonomy will be under threat.
It also puts a question mark on the federal autonomy as the act allows centre to fix the salaries and terms of state ICs.
Means all the powers have been shifted to central Government which violates the very basic feature of our Indian Constitution of equal division of powers between centre and state.

The RTI Act has probably been the most empowering and successful act of the country in earlier times but with the amendments that are being done, you could say the act is headed towards its decline. But after the recent amendments the power has been shifted to the Central Government only which automatically violates the feature of our Indian Constitution and it also destroy the autonomy of Information Commissions in the country. These amendments are nothing but a clear attack on people’s Right to Information because there was a clear attack on the institutions that are supposed to make sure that the Right to Information law functions properly.

· https://cic.gov.in/sites/default/files/RTI%20a%20helping%20hand%20of%20government.pdf
· https://onlinerti.com/about-rti
· https://thewire.in/government/right-to-information-act-amendment-bill#:~:text=Hence%2C%20the%20Right%20to%20Information,an%20uncertain%20term%20and%20salary. [1]https://cic.gov.in/sites/default/files/RTI%20a%20helping%20hand%20of%20government.pdf
[2] https://onlinerti.com/about-rti
[3] All citizens shall have the right
(a) to freedom of speech and expression;
(b) to assemble peaceably and without arms;
(c) to form associations or unions;
(d) to move freely throughout the territory of India;
(e) to reside and settle in any part of the territory of India; and
(f) omitted
(g) to practice any profession, or to carry on any occupation, trade or business
[4] Section 12(5) of the RTI Act 2005 provides that the Chief Information Commissioner and Information Commissioners shall be persons of eminence in public life with wide knowledge and experience in law, science and technology, social service, management, journalism, mass media or administration and governance.

[5] https://thewire.in/government/right-to-information-act-amendment-bill#:~:text=Hence%2C%20the%20Right%20to%20Information,an%20uncertain%20term%20and%20salary.
Image Credits
This blog is authored by- Riya Luhadia