In July, 2019 a Population Control Bill was introduced in Rajya Sabha by Rakesh Sinha, Member of Parliament, through a private member bill with intent to control the growing population of India. The bill calls for the punitive actions against the person not following the two child policy including disqualification from being an elected representative and making them devoid of Government jobs, subsidies and other monetary benefits under the Public Distribution System. 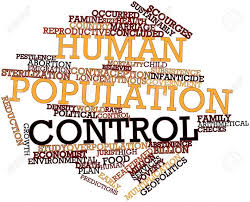 The bill also suggests that all government employees should give an undertaking that they will not have more than two children. The bill was supported by 125 members in the Rajya Sabha and even praised outside the house by the general public. Inspired by the Bill another Member of Rajya Sabha, Anil Desai, proposed a Constitutional Amendment Bill to amend Article 47A of the Indian Constitution to include:

“The state shall promote small family norms by offering incentives in taxes, employment, education, etc. to its people who keep their family limited to two children and shall withdraw every concession from and deprive such incentives to those not adhering to small family norm, to keep the growing population under control”

Today human population has become a major issue in socio-economic development worldwide. The growing population is continuously putting pressure on our natural resources and is contributing to climate change and pollution. Like the rest of the world, India is also intensely debating population explosion and how to control it. According to United Nation’s World Population Prospects 2019 report, India’s population is projected to overtake China within in a decade. The Lancent Report projects a peak population of 1.6 billion in 2048 for India. Irrespective of these reports and data, India is on the right path towards stabilizing population sooner than expected. The reason behind it is the sudden decline in the India’s Population Growth rate in the last decade. According to census of 2011, the Population Growth rate of India has fall from 21.5% during 1901-2001 to 17.7% during 2001-2011. The National Family Health Survey (NFHS) – 4, conducted in 2015-16, found that the Total Fertility Rate, which means the average number of children that a women is expected to bear in her lifetime, has also declined to 2.2 from 3.2 in 2000 and which is close to the Replacement rate of 2.1. Even many states in India like Himanchal Pradesh, West Bengal, Maharashtra, Punjab, Tamil Nadu, Kerala, Karnataka and Andhra Pradesh already acquired a Total Fertility Rate below the Replacement Level. In addition, the desired fertility rate in India has declined to 1.8, which means that on an average a woman desires to have only two children. Moreover the Lancent Report also suggests that the population of India will fall suddenly till 2100 with a Total Fertility Rate of about 1.29.

The Population Control Bill, which was introduced with intent to control population and support nation in socio-economic development, projects certain eminent threats to the society, which are as follows:-

1. The Bill poses an eminent threat to the weaker and marginalized section of society, whose survival depend mostly on the government supports provided under Public Distribution System.

2. Son meta preference which means the desire to have a male child is still prevalent in India and imposing Population Control Bill will add to burden on women and may result in increase of Female Infanticide, which will likely to effect the current gender ratio of 909 females births per 1000 males.

3. Women will be forced to undergo non-voluntary birth control measure which will promote and passively legitimize forced sterilization, IUD insertion and use of hormonal contraceptives, even when they may be medically inadvisable.

4. Even today when we do not have any policy like this, most of the couples throw their female child on the road side, in the dustbin and sometimes even burry them alive. The introduction of the bill might result in increase of such cases.

5. The Bill will also create a confusion for the couples who bear twins after their first child and will create problem for those who bear paralyzed child.

6. The sexual and reproductive health needs are overlooked by the healthcare system in India. Many people are still unaware about the use of contraceptive and sterilization while other still consider it as a stigma and imposing a bill like Population Control Bill will ultimately add pressure on such peoples.

Although today India is the second most populous country in the world and may reach the first position in coming years but still India is progressing towards a stable population and will acquire it sooner than expected. Total fertility rate has declined to an average of 2.2 and some States already have acquired a Total Fertility rate less than replacement rate which is 2.1. Even the Total Fertility Rate in rural areas have also declined from 5.4 to 2.4 today. This means that if today we do not do anything the population will not increase and will remain constant which show that today there is no requirement for a law to control population growth with punitive measures. Rather than framing a new law for population control the government should shift their focus towards improving sexual and reproductive healthcare system and encouraging and promoting sex education among the adolescents. India ranked on 112th place globally in terms of gender gap amid widening disparity in terms of women’s health and ranked on 150th place on health and survival, on the World Economic Forum’s Gender Gap Report, which shows that India immediately need reforms in its healthcare system. Even today most people belonging to rural areas and in some cases even to urban areas, have less or even no knowledge about birth control measure, use of contraceptive and how to prevent unwanted pregnancy. The stigma surrounding the matters of sexual nature in Indian society has intensively closed the eyes of the society towards the requirement of Sex education among the adolescents, which results in unplanned and early pregnancies and their associated complications like unwanted child and risk of sexual abuse. Government should hire more healthcare professional such Psychologist, Social Workers, Psychiatrists, Obstetricians, Gynaecologist and Genito-Urinary Physicians who can help in reforming reproductive healthcare system while providing sex education and explaining the benefits of small family, which will support in population stabilization.
Image Credits
This blog is authored by- Harsh Srivastava