Statements (from section 17 onwards) in Indian Evidence Act,1872 , are per se not relevant but they are relevant when they suggest some facts which are already covered under section 6-11 (general facts). And what does a statement contain?, is always decided by section 6-16 and their consequences are decided by section 17-22. Generally, in Indian Evidence Act statements can be categorized in three types which are as follows – 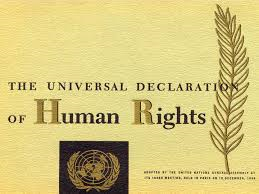 This blog is particularly focused on second type of statement i.e. CONFESSION. It is covered in Indian evidence act from section 24-30. And the laws pertaining to confession; a comparative analogy between law in India and law in US.

In our country India, the substantive law of confession is mentioned from sections 24 to 30 of The Indian Evidence Act[1], while the procedural law is found in sections 163,164 of the Code of Criminal Procedure[2]. Sections 24-26 lay down when confessions become irrelevant, i.e., not provable. While from sections 27 to 29 are limiting their operation. Section 24 excludes confessions which are obtained by inducement, etc. Section 25 made all confessions irrelevant which are made to police officers under any circumstances, whether they are involuntary or voluntary. While section 26 bars confessions made in “police custody”, unless those confessions made in the immediate presence of a Magistrate.

CASE-LAWS- In the case of Palvinder Kaur v State of Punjab[3] the Supreme Court has approved the Privy Council decision in Pakala Narayan Swami[4] case over two scores.

“Firstly, that the definition, if confession is that it must “either admit the guilt in terms or admit substantially all the facts which constitute such offence”. Secondly, if a mixed up statement which even though contains some confessional statement then also it will still result into acquittal, and hence, is no confession. Thus, “a statement that contains self-exculpatory subject which if true, would negate the offence or matter, cannot amount to confession.”

SC of India also appears to have been influenced by the developments in English law. Its decision in the case Nishi Kant Jha v State of Bihar[5] the Supreme Court pointed out that there was nothing wrong or relying on a part of the confessional statement and rejecting the remaining part, and for this purpose, the Court had drawn support from English authorities[6]. When there has enough evidence to reject the exculpatory part of the statement given by the accused person, the Court may rely on the inculpatory part.

Confession has another interesting idea , when someone has confess something, the doubt arises in other’s mind that why he/she is confessing?. Either he/she felt his guilt or has so much pressure to confess. So confession is a kind of evidence which has possibility of being used or abused at the same point of time. This is the reason when we start reading confession, we have to keep in mind that it is not a ordinary piece of evidence. Here an accused is confessing something to declare himself guilty.

As court believes accused innocent until prosecution proved guilty beyond reasonable doubt. On the other hand, confession is a substantial piece of evidence in which accused confess himself guilty. So it is must to take so much care and caution in case of confession which is reflected in Section 24[7].

COMPARISON WITH THE LAWS OF U.S.(Miranda rights)

If one wants to understand the aspect of confession in U.S. then must refer to the landmark case of U.S. Supreme Court, i.e., Miranda vs Arizona. This case laid down the rule for confession which is recorded by the investigating agency before the trial and its relevancy and admissibility in the court of law. Further, it also cleared the question that, whether such confession be used to convict the accused person or not. This case also cited when and under what circumstances a confession will be considered as a valid confession in the eyes of laws.

In Miranda vs Arizona, 384 U.S. 436 (1966), the court ruled that the Fifth Amendment of the U.S. Constitution prevents prosecutors form using a person’s statements made in response to interrogation in police custody as evidence at their trial unless they can show that the person has been informed of the right to consult with an attorney before and during questioning, and of the right against self – incrimination before police questioning by the police officer, and that defendant has not only understood these rights, but also voluntarily waived them.

Miranda was regarded by many as a revolutionary change in criminal law of America, since the Fifth Amendment was traditionally understood only to protect Americans against formal types of compulsion to confess, such as threats of contempt of court. It had a very significant impact on the law enforcement in the USA, by making what has become to be called as the “ Miranda Warning” the part of routine police procedure to ensure that suspects must be informed of their rights.

The “ Miranda Warning ” ( often shortened to “Mirnada” or “Mirandizing” a suspect ) is the name of the formal warning that is required to be given by the law enforcement in the United States to criminal suspects in the police custody ( or in a custodial position ) before they have been interrogated, in accordance with the ‘Miranda ruling’. The purpose behind such warning is to ensure that the accused were aware of, and reminded of these rights before questioning or the actions which are reasonably likely to elicit an incriminating response.