Women have always constituted a very minor proportion of the general prison population in India. However, studies have shown that their population has increased significantly in the recent years. In the year 2016, over three lakh women were arrested for crimes under the Indian Penal Code (IPC) and Special and Local Laws (SLL).[i] 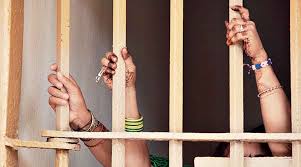 According to the recent statistics of 31st December 2019 as recorded by the National Crime Records Bureau (NCRB) there were 1,543 women prisoners in India. This population is swiftly rising as compared to the rate of male prisoners in India. As laid down in the Mulla Committee report, the rights of prisoners are broadly categorised as right to human dignity, right to basic minimum needs, right to communication, right to access to law, right against arbitrary prison punishment, right to meaningful and gainful employment and right to be released on the due date.[ii] But to realize this ideal prison management, that is, regarding a prisoner as an individual with rights and to strive for their rehabilitation and reintegration in the society, according to the guidelines of the Model Prison Manual and as pronounced by the Supreme Court, it is essential to expand the horizon with respect to the rights of female prisoners.

The Constitution of India guarantees certain fundamental rights to all prisoners regardless of their gender. These rights are enshrined under Articles 19 to 22 as contained in Part III of the Constitution which are reserved as the rights of an accused. Article 14 provides equal protection of laws to the women in India and Article 15 prohibits discrimination on grounds of sex.[iii] Article 21 of the Constitution provides various rights such as, right to free legal aid; right to fair trial, right to speedy trial, right against cruelty and unusual punishment, right against custodial violence and death in lock-ups, rights against solitary confinement, handcuffing & bar fetters, protection from torture and the right to live life with human dignity. The Government of India has also passed the Protection of Human Rights Act, 1993, under which the National Human Rights Commission has been constituted for the protection and promotion of human rights. The Directive Principles of State Policy, enshrined under Part IV of the Constitution also lays down direction to the State Governments to provides for socio-economic rights of its people in a specified manner.

The rights of women prisoners have been given national as well as international recognition. In India, due to the non-uniformity and abundance of laws, the Ministry of Home Affairs brought about the National Model Prison Manual, 2016 which provided uniform standards and guidelines for regulation of prisons. The same was to be adopted by every State and Union Territory. The Prisoner’s Act, 1894, under Section 27 (1) provides for the right to live in separate cells or buildings from the male prisoners. Section 31provides an unconvicted civil or criminal prisoner to receive and purchase necessities from private sources, and in case such a person is unable to provide the same for himself will be supplied by the Superintendant under Section 33 (1). Further, it provides for, safe custody, proper accommodation & sanitary conditions and examination by a qualified medical officer.

India has also ratified various International Conventions and Human Rights Instruments committing to secure equal rights of women.[iv] The International Covenant on Civil and Political Rights and the Convention Against Torture and Other Cruel, Inhuman or Degrading Treatment or Punishment prohibit, cruel, inhuman treatment of prisoners. The Standard of Minimum Rules which is adopted by the United Nations Economic and Social Council in the year 1957 prescribe the religious beliefs of the prisoners to be respected and provided with well-prepared and wholesome food and a qualified medical officer to be present at every institution. Additionally, accommodation for necessary pre and post natal care and treatment for women, allowing nursing infants of mothers within the institution and provisions for a nursery with qualified staff. The Basic Principles for the Treatment of Prisoners and the Principles of Protection of All Persons under any form of Detention or Imprisonment have laid down minimum standards to treat prisoners with dignity and to value them as humans.

Prisons in India, lack the basic requirements of health and hygiene of the inmates. The National Prison manual provides for one bathing cubicle and one toilet for at least 10 inmates which is hardly followed by the prisons administration. The lack of sufficient water has also been a major concern for women prisoners all over India. Every prison must have a qualified female medical officer and female wards which are not available in most jails with female prisoners. Also mental health issues of the inmates are not given priority which has led most women to to be housed in prisons instead of being under the appropriate facilities.

As mentioned above, National and International Rules have prescribed clear guidelines for human living standards of prisoners. The National Prison Manual has prescribed specified sizes of the barracks and cells, and only 20 inmates must be housed in barracks and at the most four to six in dormitories. The Minimum Standard Rules also prescribes suitable space and conditions to live with other inmates and the windows should be large enough to allow natural light for the inmates to read and work. Overcrowding is most inconvenient for women prisoners as they are forced to live within smaller cells due to lack of proper infrastructure.

Incidents of violence, sexual assault by inmates and the authorities, torture to the women prisoners in custody and police lock-ups have been reported in prisons across India. However, official reports underestimate the prevalence of violence, because prisoners fear retaliation, as they are forced to stay in the same place as their perpetrators.[v] The Asian Centre for Human Rights (ACHR) have stated that custodial rape remains to be the worst forms of torture on women prisoners by law enforcement personnel and these take place at regular intervals.

The State Governments, under the National Prison Manual are to appoint jail-visiting advocates, establish legal aid clinics and legal literacy classes to increase awareness among the inmates. The National Human Rights Commission (NHRC) revealed in its report that most prisons do not have a legal aid clinic and few inmates accessed such legal aid.

Paramount importance should be given to this point as there are insufficient numbers of women jails in India. These are to exclusively house female prisoners. Women’s jails can be established at the sub-divisional, district and central levels. There are only 20 women’s Jails across India, that to, with a total capacity of 5,197 and the occupancy rate of 60.1%, according to the 31st December, 2016 reports. Most female prisoners are housed at other types of jails, due to insufficient capacity for women prisoners. Around 83.12% of female prisoners are said to have been incarcerated at jails other than women’s Jail. There are 5 women’s jails in Maharashtra and 3 each in Kerala and Tamil Nadu.

Even with the Constitutional provisions and the National as well as International Rules laid down the actual condition of the women prisoners is far from reality. The State Governments can begin by implementation of proper sanitation facilities and sufficient clean water for use, as women maybe prone to diseases related to menstruation which may cause long time affects. Availability of nutritious food to pregnant prisoners and better health-care conditions for the mother and the child in prisons. Emphasis should be laid on the rehabilitation and over all development of the women prisoners for their easy reintegration in the society. There is also urgency for establishing more women prisons in India and the number of under trial women prisoners reduced to the maximum. Special training programs for the prison staff laying importance on the basic human rights of the women prisoners is also the need of the hour. The lacuna in the implementation of rules in the National Prison Manual should be addressed and worked out by the State Governments as a convict does not cease to be a human and must be provided with basic human rights following the principle of natural justice.