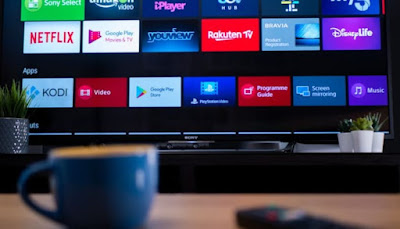 One of the most blooming section of entertainment industry is the influx of Over The Top or commonly known as OTT platforms which has captured a large section of viewership from all interests in a very short period of time. Displaying a variety of audio video genres including documentaries, web seires, movies, live telecasts of sport matches and even news, they have seen a gigantic growth in the resent past since the onset of COVID – 19 pandemic and have nearly taken over the conventional cinema hall movie experience with a huge number of directors and producers willing to release their movies on these platforms. Initially, the OTT industry has seen the monopoly of only a few players like Netflix or Amazon Prime but since the industry has seen a gargantuan rise in the demand of viewers for such content, a plethora of other players have entered in the industry.

Since the easy availability and widespread access to internet has become commonplace with the right to internet becoming a legally recognized right, there has been a pressing and crucial need to regulate the content and screening by the government which it has duly recognized according to the Ministry of Information and Broadcasting (M.I.B) replacing the vague control and regulation which was earlier exercised by the Information Technology Act, 2000.

In the present day, the Information Technology (IT) rules of 2002 govern the ambit of OTT platforms. Along with that, there are various provisions of the act such as 66A and 67B of the Information Technology Act which prevent the OTT content to circulate content which may be harmful or offensive or in bad taste of the society like sexually explicit content or child abuse material. This legislation thus ensures that there is no harm through offensive content or content not suitable to public interest on such platforms. The act has also provided various safeguards in form of prescribing punishments for various offenses or violations of the laws laid down under this act. Also, this ensures that an eye is kept on the producers and directors of such content in order to make them follow the norms.

Time to time, the Supreme Court showing the trends of an activist judiciary has taken steps to ensure that there has been proper adherence to the norms and regulations set for the welfare of the people by these platforms. In October 2020, the central government was issued a notice wherein it was demanded that a statutory autonomous body is created which governs the OTT platforms just like Central Bureau of Film Certification or CBFC which was set up in 1951 with the task of regulating the public exhibition of films under the Cinematography Act of 1952. The parent ministry of this organization – Ministry of Information and Broadcasting also keeps a regular check on the organization to ensure that specific censors are imposed and cuts in movies are made in larger interest of the public so that arises no disharmony in the society.

Moreover, under the Indian Penal Code, 1860 there are various provisions enshrined which are applicable to OTT Platforms. For Example, Section 295A of IPC criminalizes the acts which are not in interest and may cause disharmony and breach of peace in the society to be displayed in the content displayed in the OTT series. Moreover, to prevent defamatory content from reaching the highly impressionable minds of people in India, Section 499 and 500 of the IPC keeps a check on preventing defamatory content from being published on such platforms.

However there have been several demands to include rules in interest of security of females and their dignity with no harm to freedom of speech and expression as a constitutional right.

With the huge online viewership of OTT series in India, there has been a presence of audience from all segments of age, genders, classes and castes. Moreover, many movies in Bollywood or Hollywood have been directly released on these platforms which were earlier released in theatres after going through the due process of law including screening of each and every content. This increased power and viewership with the OTT platforms has led to a pressing need for an increased governance of these platforms.

Presently the online content is made as per the demands of the viewers where the creators enjoy a huge level of creative liberty and freedom in creating content which the people demand which flies above the censorship and regulatory framework of censorship laws in India. This led to filing of a PIL by the Justice of Rights foundation before the High Court of Delhi where they demanded a structured framework for regulation of this content so that no one should be above the law or escape the provisions of it. The High Court marked in this judgment that the provisions of the IT Act 2000 are enough to govern and regulate this content. However, an appeal had also been filed before the Hon’ble Supreme Court of India in this matter and the SC had remarked that “IT rules have no teeth and cannot control OTT without law” remarking a future need and a huge probability to make rules and laws in this regard.

Complaining of high instances of nudity and offensive language, there are a lot of series released in the recent past which have taken course of entertainment on the next level which have often led to harming of religious beliefs and sentiments of various communities too. Thus, all this has not only led to communal tensions and a high instance of riots spreading any day but also has increased the pressure on the judiciary in terms of PILs and cases being filed in dozens every day. This has also led to a chance to political leaders to divide the society in a bad faith and corrupted the mindset of the people in the society which could have been used for productive purposes.

Since the fact that there has been a huge increase in the popularity of OTT platforms in India and shift of audience from the conventional cinemas to these platforms for satiating their entertainment needs, there is a pressing need to make framework which not only regulates the content displayed on them but also fulfils the motive of entertainment.

However, there should be proper curbs on the explicit content but they should not harm the freedom of speech and expression as a fundamental right under article 19 of the Indian Constitution and no voice should be suppressed unnecessarily leading to fulfilling the ideals of democracy.