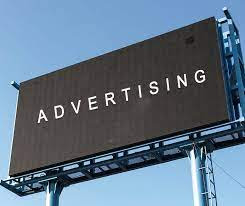 In this case, the Court concluded in this decision that the state has complete control over public areas because they are vested in the state as trustee for the public. The state has the authority to impose such restrictions on users of public spaces as are required to safeguard the general public.

In this case, the Court held that there can’t be a presumption of power abuse just because a public authority has a choice over how it exercises or uses its power.

In this case, the Court concluded in this decision that “obstructing” the police encompasses anything that makes it more difficult for the officers to carry out their responsibilities and is not limited to physical impediments.

The Supreme Court of India held:

Hence, there is no logic in completely excluding private land, state government territory, or land owned by the federal government, such as the railways. The decision to give a licence or not is still up to the municipal corporation, and any breach of the limits set might still result in an application. It went on to say that such exclusion of lands amounted to prohibition and that such restrictions infringe on the basic rights of private landowners to enjoy their properties if a permit for hoardings could be given.

The article is written by Sneha Mahawar, a  law student at Ramaiah Institute of Legal Studies. This article discusses the right to put hoardings as a constitutional right in accordance with the laws of municipal corporations. It further enhances the case law of Novva Ads vs. Secretary, Department of Municipal Administration and Water Supply, and Another.