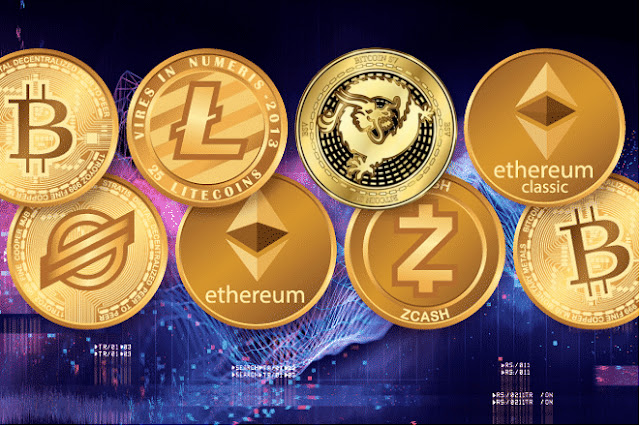 Means of transactions have come a long way since the age of the barter system. Going from barter to the gold standard to the current norm, and the future which might by crypto currency. In this blog, I am discussing the present scenario and future of crypto currency, what it is and its scope in India.

Let’s start off by understanding what crypto currency is, a cryptocurrency is a digital or virtual currency protected by encryption, making counterfeiting and double-spending almost impossible.Many cryptocurrencies are decentralised networks based on blockchain technology, which is a dispersed ledger that is implemented by a network of computers. Cryptocurrencies are distinguished by the statement that they are not issued by any central authority, making them theoretically immune to government intervention or manipulation.[i]

With news such as the SpaceX, a company of the famous billionaire Elon Musk, launching a dogecoin funded rocket to the moon, the youth around the world has had their interests aroused by crypto currencies. “They are among the millions of amateur traders collectively taking on some of Wall Street’s most sophisticated investors — and, for the moment at least, winning. Propelled by a mix of greed and boredom, gleefully determined to teach Wall Street a lesson, and turbocharged by an endless flow of get-rich-quick hype and ideas delivered via social media, these investors have piled into trades around several companies, pushing their stock prices to stratospheric levels.” Reported the New York Times during the GameStop meme surge earlier this year. With meme stocks and coins gaining larger attention from the public, interest in crypto and stock trading and increased steadily. Given the pandemic and many are unemployed, it isn’t surprising that people are looking at other means to earn an income.[iii][iv]

Yet the situation of crypto currencies in India can be said to be different from other countries.

Now, what is the present scenario and scope of growth of crypto currencies in India? The current scenario of crypto currencies in the country is a bit uncertain in my personal opinion. At the one hand, there are popping up new crypto exchange platforms such as those of WazirX, on the other, there are regulations and back and forth on policy regarding cryptos in the country.

In his budget speech on February 1, 2018, Finance Minister Arun Jaitley stated that the government will do everything possible to prevent the use of bitcoin and other virtual currencies for criminal purposes in India. India does not recognize them as legal tender, according to the former finance minister, and will instead encourage the use of blockchain technology in payment systems.

“The government does not recognize cryptocurrency as legal tender or coin and will take all measures to eliminate the use of these crypto assets in financing illegitimate activities or as part of the payments system,” were the words of the minister. [v]

The RBI had effectively banned crypto currencies in India in 2018, till a 2020 Supreme Court ruling.

The Supreme Court’s decision came in reaction to the RBI’s April 6, 2018, circular, which said that all businesses regulated by it would no longer trade in virtual currencies or offer any services enabling them. This reflected the thoughts of the Indian government, which has traditionally viewed virtual and crypto money with suspicion and disdain, issuing repeated warnings against investing in the same and even going as far as to call them Ponzi schemes. [vi]

In its ruling in the case of Internet and Mobile Association of India v. Reserve Bank of India, a three-judge bench of the Supreme Court of India stated that while the RBI as a central bank has the power to take pre-emptive actions, they must be validated in light of the proportionality of the risk addressed by such a ban.“RBI needs to show at least some semblance of any damage suffered by its regulated entities. But there is none,” the Court held in its 180-page ruling[vii]

In May 2021, The Reserve Bank of India (RBI) stated that banks and other organisations cannot cite the Supreme Court of India’s ruling on virtual currencies from 2018, as it was overturned in 2020. For all investors and crypto exchanges in India who have invested in virtual currencies, the central bank’s explanation would come as a welcome relief.

RBI in a notification said , “It has come to our attention through media reports that certain banks/ regulated entities have cautioned their customers against dealing in virtual currencies by making a reference to the RBI circular DBR.No.BP.BC.104/08.13.102/2017-18 dated April 06, 2018. Such references to the above circular by banks/ regulated entities are not in order as this circular was set aside by the Hon’ble Supreme Court on March 04, 2020 in the matter of Writ Petition (Civil) No.528 of 2018 (Internet and Mobile Association of India v. Reserve Bank of India).”[viii]

On June 11 2021, the Indian Enforcement Directorate (ED) issued a show-cause notice to cryptocurrency exchange WazirX and its directors Nischal Shetty and Sameer Mhatre for allegedly violating guidelines in connection with transactions of Rs 2,790.74 crore.

An Indian cryptocurrency, WazirX exchange that serves as a trading platform for digital currencies including Bitcoin, Ethereum, and others. The warnings were issued under the Foreign Exchange Management Act (FEMA) of 1999, after the ED launched an investigation into “illegal” Chinese-owned online betting applications as part of an ongoing money laundering inquiry, the agency said in a statement.WazirX customers got bitcoin around Rs 880 crore from Binance accounts and transferred digital currencies worth Rs 1,400 crore to Binance accounts, according to the ED. [ix]

It can be observed that while around the world there is rising interest in trading, whether it is stocks or cryptocurrency, regulators, especially in India are sceptical of cryptos. This being a good or bad thing is not for me to say, but it does not mean that people are stopping from investing in cryptos. Time and the will of law makers will decide the future of crypto currencies in India, yet in the past couple of years, it has been an interesting journey for cryptos in the country. From a ban to the ban being lifted to greater scrutiny on crypto trading platforms, what can be said with certainty is that the journey for crypto currencies in India has just begun and to predict its ending at this very moment would not be wise.