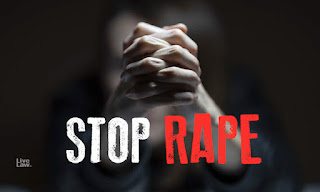 Rape is considered as one of most inhumane crime as it not only affects women’s souls at the time of the act, but it also affects them socially, physically, and cognitively. In India, rape has a very narrow definition. Section 375 of the Indian Penal Code defines Rape as “sexual intercourse with a woman against her will, without her consent, by coercion, misrepresentation, or fraud, at a time when she is intoxicated or duped, or is of unsound mental health, and in any case if she is under 18 years of age”.[1]This excludes rape against men or third-gender individuals, as well as marital rape. India is a country where Rape culture is maintained through misogynistic language, objectification of women’s bodies, and the glamorization of sexual assault, resulting in a society that disregards women’s rights and safety. In such circumstances, it is critical to create conditions and raise awareness in order to make it easier for victims to obtain justice. In this article, I will discuss the legal rights of rape victims.

After the Nirbhaya Rape Case, Justice Verma’s Committee proposed that rape victims should be allowed Zero FIR, which means A person can register a FIR at any police station in the jurisdiction, regardless of where the incident occurred. For investigation, the identical FIR will be moved to the jurisdictional police station. The police officer must register the FIR without delay or investigation. In Lalita Kumari vs. the Government of Uttar Pradesh, the Supreme Court ruled that a person can register a FIR under Section 154 of the Code of Criminal Procedure, 1973, and that if a police officer refuses to file a FIR, the individual can sue.[2]

Rape victims can file a Zero FIR, a concept that was mainly proposed to be inserted into the and if any police officer denies filing a FIR, he may face some consequences under Section 166A of the Indian Penal Code, which states that if a public servant fails to record any information under Sub-Section (1) of Section 154 of the Criminal Procedure Code, 1973, he shall be punished with rigorous imprisonment of six months which may extend to two years and shall be punished with rigorous imprisonment.

According to Section 357C of the Code of Criminal Procedure, all hospitals, whether private or public, must give free first aid to victims immediately. If any of the hospitals charge a fee for treating rape victims, they might face a year in prison and a fine, or both, under Indian Penal Code Section 166B. No doctor has the authority to do two-finger tests during a medical examination ifhe does, he will be charged with rape under Section 375 of the Indian Penal Code for introducing an instrument into his private parts.Section 164A of the Code of Criminal Procedure, stipulates how the report will be drafted and what shall be written under it. In the case of Lillu Alias Rajesh and Others vs. the State of Haryana, the Supreme Court backed this decision.[3]They claimed that the two-finger test and its interpretation infringe on the privacy, mental integrity, and dignity of rape survivors. Keeping this in mind, the Ministry of Health issued a directive requiring every hospital to have a medico-kit on hand to collect DNA samples for forensic testing.

Right to Time bound investigation and Trial with Dignity

The statement must be documented by a female police officer or any other official, according to Section 154 (1) CrPC. The officer will arrive at a time that you choose or that is convenient for you. And they’ll make the space as comfortable as possible for you. In the presence of the victim’s parents or guardians, the lady officer must record the statement. According to Section 164, the statement must be recorded by a magistrate. The victim will be taken to court by a female police officer, and her statement will be recorded in the magistrate’s chamber. The goal of doing so is to determine whether or not the police statement is accurate. If a rape victim is dumb or mentally impaired to explain the situation, an Analyzer Educator Social Interpretation will be there to interpret the indications. The biggest benefit of doing so is that the victim will not have to repeat the occurrence. The trial must be held in a court presided over by a woman, according to Section 26 of the CrPC and no question that assassinates the victim’s character shall be asked of her. Section 327(2) of the CrPC defines the inquiry and trial of rape to be conducted on camera. Section 327(3) of CrPC states that the statement given by the victim to the magistrate shall be confidential.

The investigation must be completed within two months of the day the information was recorded, according to section 173(1A) of the CrPC. In the case of State of Kerala vs. Rasheed, the Supreme Court directed that the trial be completed within two months of the day on which the information was recorded.[4]Under Section 309(1) of the Code of Criminal Procedure, a sufficient number of courts have been established especially for rape cases. Furthermore, the court has directed that a trial programme be developed specifically for rape cases under Section 230 of the CrPC. The court must provide protection to the victim and witness so that they are not threatened. Also it is the responsibility of the police to pick up the victim from her home and drop her to home after the trial. Special waiting rooms are made in the court where the victim and the witness will wait so that no confrontation will happen with the rapist. In State of Punjab v. Gurmit Singh the Supreme Court established guidelines for trial in rape cases to protect the prosecutrix from the accused as well as the general public and to put her at ease.[5]

As defence questions are often hostile, often sexually explicit, and intended to insinuate a lack of resistance to imply consent, one of the guidelines in Sakshi v. Union of India requires cross-examination questions to be routed to the prosecutrix through the Presiding Officer to prevent harassment and intimidation by the Defense Counsel. In the cases of  Sakshi v. Union of India, the Supreme Court established criteria for trial in rape cases to protect the prosecutrix from the accused as well as the general public and to put her at rest.[6]During her testimony, questions can only be asked through the Presiding Officer, and she will be provided with a chair, water, and breaks as needed.

The victim compensation plan is described in Section 357A of the Code of Criminal Procedure, which is a new provision. In Nipun Saxena vs Union of India, the Supreme Court established this mechanism for drafting a compensation programme. The National Legal Services Authority created guidelines for compensation systems for women victims with this in mind. The final scheme was presented to the Supreme Court on May 11, 2018, and it was accepted by the court, which ordered all states and union territories to implement it. The victim will be reimbursed with a minimum of 4 lakh rupees and a maximum of 7 lakh rupees under this policy. If the court rules that the amount of compensation given to you is insufficient, the court may enhance the amount accordingly.

The Calcutta High Court stated in Serina Mondal Alias Piyada vs. The State of West Bengal and Ors that compensation under Section 357A is granted to protect a person’s fundamental right.[7]The Supreme Court held in Manohar Singh vs. State of Rajasthan and Ors that compensation can be paid even if a crime goes unpunished due to a lack of sufficient evidence.In Palaniappa Gounder v. State of Tamil Nadu, the Supreme Court held that an order for compensation under Section 357(1)(c) can only be made when a court imposes a fine or a punishment that includes a fine.[8]However, with the addition of Sections 357-A and 357-B, the victim compensation regime’s horizons have expanded.Prior to this modification, it was the responsibility of the accused to recompense the victim when the trial was over, and the state had no such obligation.

The Delhi High Court concluded in Ashwani Gupta v. Government of India that merely punishing the culprit will not provide much comfort to the victim’s family.[9]Because a civil action for damages is a lengthy and inefficient judicial process, Section 357 compensation would be a valuable and practical remedy. Krishna Iyer J. held in Rattan Singh v. State of Punjab that it is a flaw in our jurisprudence that the victims of crime do not attract the attention of the law. In Karan v. State NCT of Delhi, a three-judge bench of the Delhi High Court reaffirmed that the Court has a mandatory responsibility to consider the issue of victim compensation under Section 357 of the CrPC.

In the case of Mahender Chawla vs Union of India, the Supreme Court provided a detailed guideline that if a witness does not want to reveal his or her name or identity in court, he or she must file an application with the court, and the court will introduce the person under a different name while keeping the original identity confidential.[10]The court further stated that no one can object to the victim exposing her identify as long as she is a major and has made a voluntary decision to do so. The media should be careful not to “sensationalise” such cases, according to the court, and while they are required to cover such incidents, they are also “duty obligated” not to reveal the identities of the victims, especially minors.

FIRs filed under the Indian Penal Code (IPC) for rape and offences under the Protection of Children from Sexual Offences (POCSO) Act would not be made public. It stated that even if the victim is deceased or mentally ill, her name and identity should not be revealed. The court further stated that no one can object to the victim exposing her identity as long as she is a major and has made a voluntary decision to do so. The media should be careful not to “sensationalise” such cases, according to the court, and while they are required to cover such incidents, they are also “duty obligated” not to reveal the identities of the victims, especially minors.

Despite the passage of several new laws to protect women, India is still not a secure place for women to live, ranking 148th out of 170 countries in the ‘Women, Peace And Security Index 2021.’ In our nation, A girl gets raped every 20 minutes. The number of rape cases is on the rise, and there is a lack of access to justice in these cases. Each year, just 5-6 percent of rape cases are recorded. Many occurrences go unreported because victims are afraid of being humiliated and retaliated against if they speak out. Reporting a rape and obtaining justice is a particularly traumatic experience. There are no guidelines for judges on how to handle rape cases. Exacting justice is difficult due to social stigma surrounding rape in India.

In 2013, the law was changed to include a broader definition of rape, more medical provisions, and a minimum sentence in specific situations, such as when the victim is left in a chronic vegetative state. The legal age of consent was also raised from 16 to 18, and all government and commercial hospitals are now required to provide free first aid and medical treatment to rape victims. To expedite the prosecution of rape cases, a fast track court system was also developed. After Nirbhaya, the criminal law against women was changed, however this did not slow down the rate of rape in India.

This blog has been authored by Anwita Parashar, A first year Law student at National Academy of Legal Studies and Research.