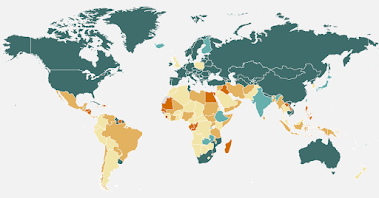 In a country like India, rape comes under broad perspective of violence against women, whereas in countries like Canada, England , USA more focus has been laid down upon making rape laws gender neutral, but authors main concern is upon prevention of the crime itself rather than making laws more stringent in terms of punishment as deterrence is not really working, crime rate is increasing every single day, this article deals with laws related to rape in India and redefines rape laws in India based on a constructive and comparative analysis of the rape epidemic in India and Abroad.

As far as rape law reforms in India are concern, codified first in Indian penal code, 1860 and reforms can be traced till today, the moment author is writing this article, the recent rape case is Hathras gang rape case, protest are going on and it has been alleged who raped the victim were form upper caste and victim was from lower caste, so it was caste based violence against women. There are series of rape cases, to mention Hyderabad Rape Case, Unnao Rape Case are the few. It becomes very important to understand the social context and mind set of people in India to know the law and flaws regarding rape. Amendment in laws has always been the result outrageous protest and heniousity of crime.

Mathura Rape Case was the landmark judgment in the history of Indian women’s right movement. In this case, Mathura a 16 year old tribal girl was raped by three policemen within police station and the Supreme Court said that the girl who has been raped has given consent to the sexual intercourse as there were no injuries found on her body, it was held by the honorable court that absence of injuries means consent. After this came into limelight, four law professors send open letter to then CJI critiquing verdict in this case[i]. Demand was raised to shift the burden of proof regarding consent to the accused rather than victim, if the prosecution is done with proving sexual intercourse. Another demand which was raised amid wide protest was regarding privacy of the victim that to not publish name of the victim in media trial[ii] and demand of victim’s sexual history irrelevant for the purpose of deciding guilt of offender was also raised which lead to may amendments in laws related to rape in the country.
Major Law reforms throughout years-

The Criminal law (Amendment) Act of 1893 was enforced and the CrPC was amended where the provision was added regarding in-camera rape trials[iii] as it became mandatory and also it became an offense to disclose the identity and any such information which are evident enough to disclose the identity of rape victim[iv]. Provision was added in case of custodial situations for enhanced punishment under section 376(2). The evidence act, 1871 was also amended in which section 114-A was added which mentioned certain conditions under which absence of consent can be presumed. The INDIAN EVIDENCE ACT was again amended in 2002 which prohibited cross questioning from victim about her general moral character and sexual background[v].

In 172nd law commission report it was recommend to make law gender neutral, for both the victim and offender whereas justice verma committee in their report recommended a gender neutral law for victim and gender specific law for the accused, however, none of the suggestions were incorporated into law. “Nirbhaya” is the pseudonym used for the rape victim of the infamous 16 December 2012 Delhi gang rape incident[vi] which led to significant changes in Indian penal codes provisions by enacting the criminal law amendment act, 2013. In this act provisions related to acid attacks, sexual harassment[vii], disrobing a women, voyeurism, stalking and trafficking were introduced. The scope of definition of rape was broadened much wider than before as earlier penile-vaginal penetration was included but now it widened to oral, anal, and insertion of any object into vagina, urethra or anus of a women as well. Since the offense of rape is gender specific in India so, here only a man can commit the rape on women.

Many western countries have totally abolished the term ‘rape’ and termed it as ‘sexual offences’; the punishment is determined by various factors including the amount of injury caused. By this definition the distinction between rape, attempt to rape and violation of woman’s modesty is abolished and they are treated as offences of a similar category and punishment is based on the severity of the offences. By examining the changes in the rape law that have occurred in other nations with a similar basis, it is important to view whether the same changes are plausible in India and what the repercussions or consequences may be in pursuing various alternatives. For instance, a change in just the definition of rape may have significant consequences on the issue of consent and on the types of sexual offences that become integrated into the definition of rape.

Status of rape laws in USA-

There is no offense of rape there but instead it constitutes series of sexual offenses, there is the Criminal Sexual Conduct Act. It has four central features. First, instead of rape, it creates a ladder of offences, each of which is described as criminal sexual conduct. The first degree offence carries a maximum penalty of life imprisonment, with 15 years maximum for the second and third degree offences, and two years for the fourth degree offence. Each degree covers a range of sexual assaults, so that, for example, the first degree covers any act of sexual penetration. The four degrees are differentiated according to the amount of coercion used, whether or not penetration has taken place, the extent of physical injury inflicted and the age and incapacitation of the victim. The law describes with great particularity precisely the conduct which is covered by each degree. In this way it is hoped to encourage prosecutors to prosecute and defendants who are guilty to plead guilty.

Status of rape laws in Canada-

The Canadian reform of 1982 bears a certain resemblance to the Michigan legislation looked at previously, although it is weaker in certain respects and stronger in others. The crime of rape no longer exists in Canada. Instead, a gradation scheme had been introduced which creates three offences of sexual assault covering rape and certain allied crimes. The three grades are distinguished purely in terms of the level of violence involved and no distinction is drawn between penetration and other sexual acts. Simple sexual assault carries a maximum of ten years’ imprisonment but may, at the prosecutors’ discretion, be tried summarily, in which case a maximum penalty is six months’ imprisonment or a fine of not more than$ 500. Next on the ladder is an offence carrying a maximum of 14 years’ imprisonment, which applies where the

The new law entirely abolishes the marital rape exemption; it also places firm restrictions on the use of sexual history evidence. As far as corroboration is concerned, the judge is no longer permitted to issue the corroboration warning, although he will still be able to comment on the evidence.

Today, as a result of the women’s movement, not only in India but in many countries, governments have been compelled to look at the offence of rape as one which violates the human rights of a woman on the ground that she is the victim of violence. The main aim now, as emphasized by many, should be to get mass support, enough so that the government, the judiciary and the police would be forced into reforming their policies and procedures on public and private violence as they relate to women. Rape is a complex issue and needs much more attention than is generally attributed to it. There has been debate related to punishment, like there is no specific provision which says capital punishment should be awarded to the culprit, but is subject to ‘rarest of rare cases’, on the contrary, radicals says Death penalty should be scrapped because it can lead to the execution of innocent people, like there was a Hyderabad rape where all three accused were encountered and people were celebrating on streets with sweet in hand, what if those people were innocent, culprit was someone else?

The Justice system is bound to make mistakes and so, the accused people should be given a chance to appeal, and prove their innocence other than being murdered because of mistakes made by judges. Many traditional men & women are of the view that status of women has been disgraced due to online streaming of sexual content on platform like MX Player and ULLU and people watch it for pleasure and then try to recreate the seen, where they see themselves as an Actor. In Author’s view Censor Board need to be more careful, as life is beyond nudity and sexual exploitation of women. At the end Author would like to quote Mehmat Murat Ildan – who says that “Anywhere in the world, if you see law which is protecting the rapists, you must know that this law has been prepared by rapists”, but at the same time author also believes that “Rapes will not stop as long as the mentality to rape stays alive.” How we raise our children and what emotions and experiences our society are exposed to eventually reflects into behavior, so do check and balance your children!!