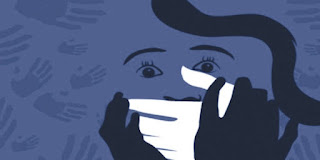 The POCSO Act, 2012’ is one of the most contentious legislation in the history of Indian Jurisprudence with widespread debates on its intent, provisions and interpretation across the legal fraternity. One of the most uncertain provisions in the Act deals with undermining the sexual consent of a person below the age of 18, making any sexual activity with minors a form of rape.

This article tries to analyse this impugned provision with an interdisciplinary lens i.e by looking at its legislative intent and its regressive impact on society and child rights.

The intent of the legislation is to gauge the debate that took place in the Lok Sabha and the act itself.it is said to be in accordance with the Convention on the Rights of Child which was acceded by India in 1992. The elements which this Act envisages to cover is self-explanatory if we look at its Preamble which says that-

“An Act to protect children from offences of sexual assault, sexual harassment and pornography and provide for the establishment of Special Courts for the trial of such offences and for matters connected therewith or incidental thereto.”

The law talks about the overall development of the child in a healthy and safe environment and to take steps to ensure the same. There is also a mention of the right to privacy of the child to be maintained in accordance with the Convention.

Not just in the opinion of this piece, but also according to various legal professionals and experts, and even the High Courts, there is a need to address the question of child rights and their sexual autonomy.

Early puberty and access to resources have enabled a large section of adolescents in the age group of 16-18 to make mature choices and give consent for sexual relationships. It is not a hidden fact from any  facet that the adolescents in India are now more sexually active than ever.

Before POCSO, the age of consent was 16 in India. By raising it to 18, though appears as a liberating and a step referred to as a protective move in accordance with the Convention on Child Rights which defines a child as anyone below the age of 18 years- it is rather a state paternalism under the garb of protectionism. The sexual autonomy of the adolescents have been snatched away.

This is not a surprise that the same Act is being misused by the parents of the girls of age between 16 and 18 who had been involved in consensual sexual relations with the boy who is now the offender as per the definitions of this Act. The heavy-handed State also imposes the burden of proof onto the offender rather than the State itself. The intention was to punish the real offenders through such a change in the criminal law system, but what comes out to be in practice that it leads to the discrimination and injustice with the boy who is made the accused where there is the involvement of brutal police and a strong State.

There is no way to be soft on protecting children from heinous offences, but in the smokescreen of protection, the law is being deployed as a tool to harass and deny the rights to the girl who consented to have sex with all her conscious. The law in any way should not be used as a form of khaap.

The modern-day laws in a liberal democracy should always aim to give its citizens liberty and freedom and actively incorporate the rights and provide them as society progresses. POCSO is not such a law.

In 2019, Madras High Court  while aquitting a boy under POCSO for having consensual sex with held that consensual sexual relation by minors cannot be termed as unnatural or alien.Court suggested that keeping with intent of POCSO , the age of consent should be reduced to 16 to avoid strong arm of state saction in cases of consensual sex. In september 2021, Calcutta High Court too passed the similar judgement stating that collective sexual union between minors should not invite the penalising provisions under POCSO. Bombay High Court too has tried to highlight the uncertainity at POCSO’s age of consent .The Delhi High Courthad upheld the decision of the district court in the State v Suman Dass case that granted bail to the 22-year-old boy who indulged in consensual sex with a minor aged approximately 16 years.

Many countries have 16 years or below that as the age of consent for sexual relations. Many American states, some countries in Europe, Japan, Canada, Australia, China, and Russia all fall into this category.

The social impact of this law on real offenders seems to be less even after increasing the punishments under this Act and even making the provisions for the death sentence. However,its societal impact on liberal values and sexual autonomy is severe .The grey area that this law has created is where both the boy and girl are below the age of 18. It is quite natural and normal among teenagers to have developed a sexual relationship between themselves. In such a situation, the law provides that such a relationship is a crime. This is an act done by the State through its legislation where the feelings of two mature individuals are labelled as illegal.

The age of 18 years for consent for sex is not just arbitrary but day by day; looking at the context of the development of the society makes it impractical. The sexual tendencies of teenagers between 16 and 18 and young adults would continue to grow, and such a law restricting the natural tendencies of the individuals will hamper their overall development.

The girl whose partner is jailed because of consensual sex(or rape as per law ) has to face immense social scrutiny and extreme ignominy. There is enormous trauma attached with it, which would obstruct mental, emotional, and physical growth and leave a brunt for the entire life from which getting freed is not just more straightforward but impossible for many.  A girl below the age of 18 who can’t give her consent is a direct act of state paternalism, further infantilising the sexual autonomy of children.

The State is getting against the legislative intent of the Act itself by prescribing such an arbitrary age for consent. Looking at thehistory of this act, the Act has been passed in a rush from the Lok Sabha. House did not engage in any meaningful debate about the age of consent. Shri Lalu Prasad Yadav (MP) tried to talk about the discrepancies of the Bill and why it could be misused, but since there was a hurry in the House to “pass the Bill before 5 pm”, the debate did not take place.

POCSO was brought in as a progressive act implemented with the intent to protect children from sexual offences. However, the skepticism regarding minor consensual sex is maliging the whole act itself.

The reservations about the age of consent were not addressed till date and as a result of which the society is left to push itself further to the arms of the conservative tendencies and control over sexuality. The child rights are set aside, the right to privacy of an informed mature individual is made an object to joke about. It is expected from society to act according to a law, the consenting adolescents and young adults are supposed to customize their development of relationship as per a law which binds them.

Authored By: Jeetendra Vishwakarma and Ayushman Bajpai of NALSAR University of Law