Indian judiciary had play a vital role from long history of Records by Resolve all the disputed Cases which wouldn’t be able read in Months. “As Abraham Lincoln observed that the Discourage litigation Persuade your client to compromise whenever you can as he Point out to them the nominal winner is often a real loser- in fees, expenses and waste of time. As a peace maker, the lawyer has a superior opportunity of being a good person”. 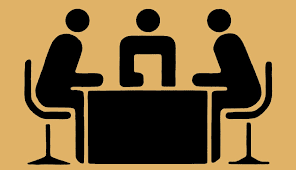 As we know that in Mediation the parties have in interest to settlement but unable for Negotiation at this point the Mediator the third party assists the parties which are bond with the agreement, so there is to be course of Action required to resolve the dispute between the parties. However in Mediation its wouldn’t be time consuming & give much claim as more than achieve by the Courts because in time consuming there is several things which could be calculated in the Civil Court Proceedings & it’s essential in the court of Law, Perhaps sometime the parties also feel coerced in court by participating in the proceedings. In simple words ADR is the platform where two disputable parties resolve their matter in front of Mediator after that the Mediator gave a Decree of Compromise between the Parties by their prospering the benefits of interest from each other’s.

The concept of mediation recognition in India as the Industrial Disputes Act, 1947. The conciliators were appointed under section 4 of the Act, charged with the duty of mediating in and promoting the settlement of Industrial disputes.
Arbitration, as a dispute resolution process was recognized on 1879 & also found in the form of Civil Procedure Code of 1908. In Civil Procedure code arbitration was originally contained in section 89 and after enacted in 1940 Arbitration Act the Provision got valued by it.
By the Indian Legislature made enactment of Legal Service Authorities Act, 1987 after constituting the National Legal service Authority as Central Authority with including the chief justice of India as its Paron-in-chief.
When Indian Parliament enacted the Arbitration and conciliation act in 1996, Moreover they elaborated the things of conciliation of disputes arising out of legal relationship, whether contract has done or not all proceeding relating thereto. The Act was very beneficial on that time because it is the commencement of the conciliation proceeding where appointment of conciliators and assistance by suitable institution were recognized and purpose of recommending the name of the conciliators’ are even more much Gesture for the conciliators. .
The Indian parliament passed the Amendment act in 1999 by inserting section 89 under Code of Civil Procedure1908 and referred all the pending cases in the court to ADR in which they can solve in the meantime by the Mediation Process without any of Delay & the Amendment was came into force by 1 July 2002. Since the inception of the economic liberalization policies in India and the acceptance of law reforms the world over, the legal opinion leaders have concluded that mediation should be a critical part of the solution to the profound problem of arrears of cases in the civil courts, which must be Mandatory mediation through courts has now a legal sanction. Court-Annexed the Mediation and Conciliation as Centers are now established at various courts in India and the courts have started referring cases to such centers. The mediation services are provided by the court as a part and parcel of the same judicial system as against Court-Referred Mediation, wherein the court merely refers the matter to a mediator.

Distinguished between Mediation and Conciliation

At present the commission is aware about the multiple meanings co-exist for many ADR terms. Both of the terms that are the mediation and conciliation continue to be used interchangeably in this jurisdiction at present and the difference between conciliation and mediation is not very clear. Dowling Hussey said the conflicting and contradictory definitions which are used in these two distinct areas is to create some degree of uncertainty, Logic would suggest that both users or Practitioner are less likely to use of recommend something which was not fully understand because it will do such confusion. As per Article 21 of the CPC which provides that “to reconcile the parties is part of the judge’s mission”. Judicial conciliation as we can say that can be implemented by the judge himself or by a conciliator to whom he will have delegated his mission to reconcile. Article 131-1 of the CPC provides that the judge may appoint the mediator if the parties agree. The conciliation is free for the parties. Mediation is a chargeable service.

Why BCI Compulsory the subject of Mediation

Aamir the time of Corona Pandemic crisis Physical Hearing were not possible and many of the cases had to suspend due to norms of social distancing which is required to be Maintain. Mediation is the Tool to resolute the conflict between the parties, after this pandemic BCI realized that how the Mediation would be beneficial without going to the trial. Resolution of the Dispute were not much time consuming as provided by the Court and as we can see maximum of the civil cases up to 90% were Resolve outside the court as by Speedier Justice. The BCI given Order to UGC that every Institutions must have to compulsory the Subject of Mediation for 3 Year Program of LLB as well as for 5 Year Program of BALLB and BBALLB because Mediation and Conciliation understand the true benefit to reform the Indian Legal System.

ADR help to reduce the Burden of the Civil Petition in the Court of Law & can Voluntary processed base on parties’ self-determination. In Mediation help easily foundation based on justice (Substantive & Procedure) without raw power to compel participation. However many cases were settled at mediation and there are some of cases where it’s remain unresolved because of some dispute. In unresolved cases the lawyer firstly negotiated with each other from week and then after months afterwards, sometime with the continued assistance of the mediator even there is vast no. of cases were solved without the necessity of proceeding in the court trials. Mediation benefits the parties by which company reputation were not infringe and social matter were not created much more from Media side which must be confidential matter vice versa. After discuss is the issue which are presenting challenges to the settlement process & help the parties to focus narrowly the financial focus of their discussions. Now a days Mediation is widely utilized and area where the practice of mediation itself may be it will further developed. That how the BCI given the Interest in the Mediation because when the public must be got the benefit when the better education about it, more research into mediation need to be done and mediation must be more fully institutionalized, mediation services must be more fully funded, and new applications for mediation must be discovered. More ethnic conflicts, intractable conflicts, violent conflicts, education for the development of nonviolent cultures, dispute systems design, public governance, and global environmental issues.

This blog is authored by- Gaurav Kumar Arya

1 thought on “Mediation Is The Tools Of Justice”