There is a well known maxim known as ‘Actio personalis moritur cum persona’ meaning that a personal action of a person dies with the person. Now, arises a question if there is a right to die? How can it be a right if you are using it to give up your rights! However, there is an exception to this rule. There is a term called ‘euthanasia’ derived from the Greek word ‘Euthanatos’ meaning ‘Good death’. The Oxford Advanced learner’s dictionary defines euthanasia as a practice of killing a person or an animal without pain who is suffering from a disease that cannot be cured. Euthanasia of a person is illegal in many countries. 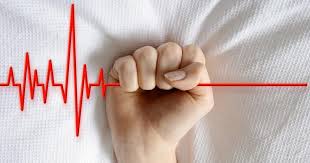 CONSTITUTIONAL VALIDITY OF THE RIGHT TO DIE IN INDIA

Art. 21 of the Constitution of India reads as follows:
‘No person shall be deprived of his life or personal liberty except according to the procedure established by law’.
The life which the Constitution of India guarantees is not mere animal existence. Art.21 assures that life is more than just surviving. It assures us a life with dignity. Now, there arises a question, whether a person who is bedridden and should depend on others for even basic needs is living a life with that of dignity? The answer is obviously in negative.
The question regarding the right to die first came before the Bombay High Court in the case of State of Maharashtra v. Maruty Sripati Dubal (1987). In the present case, the High Court held that Right to life under Art. 21 includes right to die and found that Sec. 309 of the IPC which makes attempted suicide punishable is ultra vires Art. 14 and Art. 21 of the Constitution.
However, in the case of Gian Kaur v. State of Punjab (1996), the Supreme Court held that right to life does not include right to die. It further held that Sec. 309 which makes attempt to suicide punishable is not unconstitutional since right to life is a natural right but to right to die is not a natural right inherent in human beings.
In the case of Aruna Ramchandra Shanbaug v. Union of India (2011), the Hon’ble Supreme Court held that passive euthanasia is legal in India. However, other types of euthanasia such as active, voluntary and involuntary euthanasia continues to remain unconstitutional and is a punishable offence under the Indian Penal Code.

ARGUMENTS FOR AND AGAINST LEGALIZING EUTHANASIA

The arguments in favour of euthanasia are as follows:
Firstly, euthanasia can bring the patient’s long term miserable and suffering life to an end. It is inhumane to not let the person die when he is living a life miserable than that of death.
Secondly, even though the family members will be hurt when a close relative died, it definitely hurts them more to see their beloved living a life unable to do anything independently and suffering in an inhumane way. Thus, in this way, euthanasia brings a relief to the physical, emotional, economical and mental stress to not only the close relatives but also to the person suffering in a lot of pain.
Also, the patient has a right to refuse any medical treatment provided to him. There is no ground in treating the patient against his explicit wishes.

There are a lot of patients in a vegetative state in the state with no scope for recovery. Maximum of such patients’ medical expenses are covered by the government. By allowing euthanasia, the government will be able to use these funds in helping the needy and poor people.
Lastly, the Constitution of India guarantees not only the positive rights but also the negative rights. For example, the freedom of speech guaranteed under Art. 19 also includes right not to speak. Similarly right to life guaranteed under Art. 21 should also include right to die.
The arguments against legalizing euthanasia are as follows:
India is a highly religion based country where the religious scriptures prohibit voluntary killing of oneself to meet selfish needs. Thus, allowing euthanasia may violate Art. 25 of the Constitution which gives the freedom to manage one’s own religious affairs.
Also, there is a problem of the practice of euthanasia being commercialised. That is euthanasia may become a means of health care cost containment. People who cannot afford such high medical expenses may resort to euthanasia to get rid of their financial difficulty.
The old people who cannot care for themselves are sometimes taken as burden and the people may use euthanasia as a means to shove off their responsibilities.
The practice of euthanasia devalues human life by allowing the killing of a person legally. We cannot give life to a person. Similarly, we have no right to take away the person’s life. It is not our choice to make. Euthanasia may also give rise to other implications which mainly puts the vulnerable people to risk. In short, euthanasia is a disguise for murder.

Thus, it can be seen that there are many pros and cons in allowing euthanasia. Thus the right of sanctity to life and the right of dignity of an individual should be harmoniously constructed in such a way that no right takes away the other right. Thus, the right to die should not be taken for granted and it should be an exceptional right given only in the rarest of rare cases.

This blog is authored by- Reema

2 thoughts on “Constitutionality Of The Right To Die”