Foss v. Harbottle is an English precedent in the company law. This rule led to for formation of the rule of majority and the minority shareholders rights. This rule is related to the management of the affairs of the company. When a decision must be taken a resolution is passed in the company by a simple majority or a three forth majority, the resolution becomes binding all the members of the company.[1] The court in ordinary matters does not interfere in the internal management and matters of the company as it is decide by majority of members. The result of this makes the company the right plaintiff to institute a suit or any legal proceedings and does not let a single shareholder take any legal action against the wrongdoer. The rule in this case allows the company to correct the irregularities by its own internal procedure. However, a balance must be struck between the effective control of the company and the interests of the individual shareholders.[2] Therefore in few circumstances an individual shareholder is also allowed to bring a legal action. 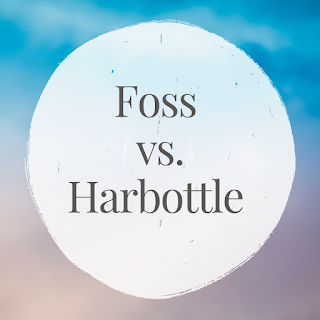 A company named The Victoria Park was formed in May 1837, it was set up to buy certain acres of land and later transform it into parks on which houses, grounds and gardens would be build. Joseph Dennison was the owner of the land and was also one of the defendants in this case. An act was passed by the parliament in 1837 for the incorporation of the company. Joseph Dennison and few others purchased the land from the original owners before the act was passed so that they could own half of the total land. They later sold the same land to the company at higher rates than which it was purchased. The company began the construction and few land and buildings were made. Several other defendant directors did not pay the when the calls were made, and large amount was retained by them which were collected from other members. There were sums borrowed by them upon the credit of the company. Some portion of the property was conveyed to few people so that the land could be later mortgaged. Due to all these actions of few directors they debts of the company were increasing, and the property of the company was being wasted and misapplied. The claims which were made in this case was done as there were from fraudulent transactions as the property of the company was misappropriated and misapplied. Another claim was made due to certain directors as their actions were insufficient. This led to shareholders initiating legal proceedings against them as they did not have any power through which they could handle the property of the company.

The issue was of the maintainability of the suit as it was filed by the members of the company.

Plaintiff: They argued that the company should not be treated as an ordinary company as it was made by passing an act by the parliament. The act was passed to that the company could benefit from it, but the opposite was happening in this case. The directors were working as per their personal interest and they were misapplying the property of the company. The act did not give any right to sue to the members or outsiders to initiate proceedings against the directors of the company.
Defendants: They argued that the members who were the plaintiffs in this case did not have a right to initiate legal proceedings i.e. no locus standi, against them or on behalf of the company.

The decision of the court was that minority shareholders can not bring such an action. It was held that a single shareholder or an outsider to the company cannot file a suit against such wrong to the company as the company and its shareholders are separate legal entities. Company being a separate legal entity means that it can be sued, and it can sue under its own name. Therefore, the proper plaintiff here would be the company as the wrong is done against the company. The majority shareholders can act under the name of the company and they have the power to decide what suit is to be instituted for the wrong done. This rule was unfavorable for the minority shareholders as it did not allow them to take any legal action for any wrong done. This led to the formation of the two rules established by the court. The first rule being the proper plaintiff rule and the second rule is the majority principle rule.[3] The proper plaintiff rule states that when some wrong is done to the company or if any loss is suffered due to any fraudulent or negligent acts of members or directors then company sue those particular people for the wrong done. The separate legal entity principle allows the company to sue in its own name and enables the company to be sued. If a member wants to take a legal action an ordinary resolution in the board meeting can be passed regarding it or he can do so by taking approval of the board of directors on the company. The second rule is the majority principle rule, it states that the court will not interfere of the internal matters of the company where the issue can be resolved or confirmed by the simple majority. There are certain exceptions made to this rule as if the rule is applied strictly it can lead to unjust and harsh for the minority shareholders. The exceptions are as follows:

1. Ultra vires: When there is any action done which is ultra vires to the Articles of Association, an action by the shareholders of the company can be brought. The ultra vires actions are not covered under the internal management and any member can bring action against it. [4] The plaintiff should be acting in good faith if he is initiating a legal action.

2. Fraud: When the majority of the members of the company oppress the minority and commit any fraud, even a single shareholder can bring legal action against the wrong doer.[5] In such cases the court will interfere to protect the minority. [6]

4. Individual membership rights: The individual members can enforce their rights against the company like the right to vote, right to stand in elections etc. [10] In a case the plaintiff moved an amendment to the proposed resolution. The Chairman refused to record the amendment in spite of the fact that it was seconded, and the original resolution was passed without amendments. No reasons were given for this decision either. It was held that the shareholders have a right to move amendments to resolutions.[11]

5. Derivative action: When some wrong is done to the company the shareholders can bring an action for the wrong done as they are not suing under their own right but under the right of other members whose relief is sought. The company has to be joint as the co-defendant so that the company is bound by the judgement given. When the action is against a third party it is called a derivative action as individual member sues under a claim which belongs to the company thus the right is derived from it.

This rule strikes a balance as it prevents frivolous and large-scale litigation, but it also enables to take legal action for the specified exceptions. The shareholders can raise issues for mismanagement and can communicate regarding their issues. It allows the company to figure out the individual responsible for the harm caused to the company. Once a shareholder has tried to get the issues resolved within the company, then he can take a legal action if it comes within the exceptions.

The blog is authored by Yukta Kamra, student of UPES, Dehradun.