How can a client be sure that the information he gives to his lawyer stays protected? How can a client feel secure from the potential risk of confidential information falling into the wrong hands? It is common for most clients to have an underlying fear that he may self incriminate himself. But on the other hand, if the client does not disclose all the details of the case, how can the lawyer make an effective representation of his client? Thus, the most important thing between a client and his lawyer is trust. This is supported by the legal concept of Attorney-Client privilege. 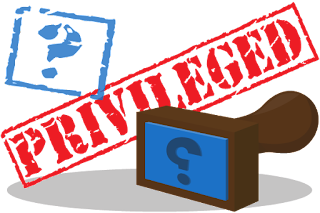 Every conversation or the contents of the documents witnessed during the course of employment stays between the lawyer and client themselves as per the attorney-client privilege. This relationship affords a distinct, invaluable right of confidentiality and protects from compelled disclosure by any third party, government agencies, and even criminal justice authorities. With this security of privilege, the client can speak frankly and comfortably, disclosing all necessary information without any fear or hesitation.

Preliminary communications between a potential client and a lawyer are also subject to attorney-client privilege. Getting legal advice or even just consulting a lawyer, a client is protected under privilege for the information discussed. This means that the lawyer cannot disclose any information which was told in confidence by a prospective client, even if he/she never ends up representing the client. To be sure, the client can make sure that the privilege applies before revealing any information to the prospective lawyer.

The professional communication between a client and his lawyer is protected under the Indian Evidence Act 1872, the Bar Council of India Rules (BCI Rules), and the Advocates Act, 1961.
Sec 126 to Sec 129 of the Indian Evidence Act, 1872 is a codification of principles of the common law regarding the professional communications between attorney and client. Sec 126 provides the scope of attorney-client privilege and creates a statutory obligation on the attorney not to disclose without the consent of the client

1. Any communication to his client and vice versa
2. Contents or condition of any documents witnessed
3. Any advice provided to the client
which took place during the course of employment or for purpose of such employment.
Sec 127 of the Act states that Sec 126 applies to

Sec 128 provides that even if the client himself produces any pieces of evidence regarding privileged communication, it does not amount to a waiver of privilege. But when the lawyer is a witness and the client asks a question about the communication, then it can be taken as an implied waiver of privilege.
Sec 129 of the Act further strengthens the privilege by stating that no person, including the client, shall be compelled to disclose confidential information even to the Court unless they offer themselves as a witness.
Part VI, Chapter II of Bar Council of India Rules provides under Section II about the duties to a client. Rule 17 emphasizes the concept of Attorney-Client privilege and it stipulates that “An Advocate shall not directly or indirectly, commit a breach of the obligations imposed by Sec. 126 of the Indian Evidence Act”. Rule 15 prohibits an advocate from misusing the client’s confidence in him. The power to make these rules is inherited by BCI under Sec 49(1)(c) of the Advocates Act, 1961.

WHEN DOES PRIVILEGE APPLY?

Unless all three conditions are satisfied, the communication is not privileged. A common misconception is that all confidential information is privileged and that it cannot be shared with third parties. That is not correct and a non-disclosure agreement also cannot amount to privilege. Only if it fulfills all essentials mentioned above, the communication can be treated as privileged.

UNDER WHAT CIRCUMSTANCES CAN THE PRIVILEGE BE WAIVED?

Generally, the attorney-client privilege belongs to the client and only the client has the power to waive privilege. The confidentiality between a lawyer and a client is the foundation of trust. If the confidentiality is broken by the lawyer, then he will never be trusted by any client again. The only circumstance in which the lawyer himself can break the privilege is when the information can save someone’s life or prevent grievous hurt as stated earlier. In any other circumstance, the lawyer is breaking the ethical morals he/she is supposed to follow. Credibility is completely compromised. Even if the lawyer’s act has a “high moral justification”, the lawyer is violating the most basic ethical principle.
The act of leaking documents to a third party will be considered as an ethical violation. But the same can be taken as an implied waiver of privilege by the client if the client found out about it and did nothing to rectify the same.
The attorney, by revealing confidential information to others, has breached his/her duty towards the client and has possibly committed malpractice. The issue can be taken up to the ethics board where the punishment can be just a fine or can extend to even till disbarment. The extent of the punishment depends upon the information which was revealed and the reason why privilege was broken.
However, if the client decides to sue the attorney with the help of another lawyer, then the remedy would be damages.

DOES PRIVILEGE DIE WITH THE DEATH OF THE CLIENT?

The privilege generally stays into effect after the attorney-client relationship ends. Even after the client’s death, the lawyer cannot share any privileged information to anyone. The ethical obligation of client confidentiality survives death – whether it be the client’s or the lawyer’s. The client owns the privilege which implies that only the client has the right to waive them.
However, the privilege can be waived in the case of estate planning. That is, if the lawyer has to elaborate on the intention of his client in his last will, he can do so based on his conversation which is covered by privilege.
In case of any situation of immediate danger to someone’s life, then the privilege can be waived with the consent of the surviving family members of the client.

A lawyer can give a best representation of the case only when he knows every detail about the case. When a client hides details or information which he thinks is not important to the case, he is reducing the chances of winning the suit. Only if the client is frank and open with his lawyer, justice can be done to the case. Our justice system helps in this aspect by providing laws which protects these professional communications even from the Courts and encourages the clients to be completely truthful with the lawyers. But still, it is better for the client to discuss the scope of privilege with the lawyer before sharing confidential information.
However, as time goes on the legal complexities also keeps increasing. Thus, the law can be amended in a way to include new complexities under the ambit of attorney-client privilege.

This blog is authored by-K.Keerthana