Have you ever been misled by an advertisement or come across a false advertisement? There have been various instances where people are being misled by false advertisements every single day. With the coming of e-commerce websites like Amazon, Flipkart, Shopclues, Quikr, e-bay, etc e-commerce business in India has ushered in significant change in lifestyle and shopping habits of consumers. The use of social media networking and smart devices have remarkably improved the flow of online purchases. With these comes more danger where people fall prey to misleading and false advertisements. Though the Constitution of India guarantees freedom of speech, special restraint is needed in commercial speech including advertising. An advertisement is known to be deceptive when it misleads people, alters the reality and affects buying behaviour. 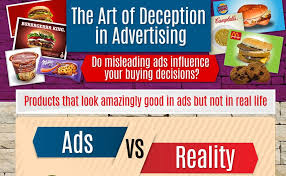 What is a False/Misleading Advertisement?

Consumers decide to buy a product relying upon the information provided by companies in their product advertisements. Television, radio, events, print media like newspapers and magazines, and now emails and social media (WhatsApp, Instagram, Facebook to name a few) and website marketing are different means of promotion companies use to advertise their products.
Advertising is an important tool used by companies to exhibit their products, discounts and exclusive prices offered to consumers. These prices are sometimes lesser than the existing MRP of the products to gain an edge over their competing manufacturers. However, this has led to an increase in malpractices of false claims and advertisements with regard to quality, quantity, services, prices and discounts on products.
An advertisement becomes a false or misleading one, when false or misleading statements are used in it.

Misleading advertisements can be categorised broadly as:

Ways in Which Advertisements Mislead a Consumer:

The Consumer Complaint Council (CCC) of the Advertising Standards Council of India (ASCI) upheld in 2017, that various advertisements i.e., 82 in healthcare category, 75 in education, 11 in personal care, eight to the food and beverages category and 24 from other categories were found to be false and misleading. Some famous cases are:
1. Hindustan Unilever Ltd (HUL) for its Lever Ayush soap saying ‘based on 5,000-year-old ayurveda scriptures with 15 ayurvedic herbs’ ,besides other claims, were inadequately substantiated and are misleading.
2. Cab aggregator Uber India’s advertisement claim which said ‘save Rs 500 on your next 10 Uber rides and ride Uber and the discount will auto apply’, were found misleading by ASCI.
3. Indian Oil Corp was also pulled up for its servo oil advertisement claim ‘India’s largest selling trusted lubricants’.
4. Usha International advertisement claim for its Usha Honeywell evaporative air cooler which said ‘cools up to 80 square metres’, was found inadequately substantiated under test conditions and misleading by exaggeration.[1]
5. Flipkart’s advertisement that claimed ‘100% original products’ and ‘Flipkart matlab bilkul pakka’ were held to be substantiated and was misled by exaggeration.
6. Amazon Kindle’s advertisement for ‘Unlimited Reading’ was held to be not substantiated as a limit of 10 books was advertised as an ‘unlimited offer’.
7. OLA Cab’s claim for ‘OLA Micro @Rs6/km’ was found to be misleading by omission.
8. The most recent misleading advertisement was regarding Patanjali’s Coronil which was claimed to be a cure for Coronavirus. It was found to be misleading and untrue and the same was published by the Board in order to make the public aware of its nature.

Laws relating to False and Misleading Advertisements in India:

The New Consumer Protection Act ,2019 deals with some provisions relating to false/misleading advertisements. They are:

(i) falsely describes a product or service

(ii) gives a false guarantee which is likely to mislead the consumers regarding the nature, substance,      quantity or quality of such product or service
(iii) conveys an express or implied representation which, would constitute an unfair trade practice
(iv) deliberately conceals important information;

(1) to discontinue such advertisement or to modify it.
(2) can impose a penalty up to Rs.10 lakhs on the manufacturer or endorser.
(3) can prohibit the endorser of a false or misleading advertisement from making endorsement of any product or service for 1 to 3 years if it is done subsequently. [2]
The Advertising Standards Council of India (ASCI) has established the ASCI Consumer Complaints Council to deal with false and misleading advertisements.
The Advertising Standards Council of India accepts complaints against false and misleading advertisements in three categories:
i. From the consumers or government
ii. From one advertiser against another
iii. Form the ASCI board members, members of the Consumer Complaint Council, etc.
The objective of ASCI is to maintain and enhance the confidence of the public in advertising and to ensure that advertisements conform to the Code for Self-Regulation which requires advertisements to be truthful and fair to consumers and competitors. The ASCI has the power to prohibit or remove misleading advertisements which are offensive to public decency or morality and promote products which are hazardous or harmful to society, particularly minors. The primary purpose of the code is to protect the interests of the consumers by regulating patently false, misleading, and objectionable advertisements. The following requirements have to be fulfilled with regard to all advertisements telecasted or published in India:
Truthful and Honest representations to consumers and competitors.
Non-Offensive to Public- Within the bounds of generally accepted standards of public decency and propriety.
Product should be against Harmful Products/Situations
4. Fair in Competition -Not derogatory to competition. No plagiarism.
5. Before advertising, marketers must hold documentary evidence to prove all claims, whether direct or implied. [3]
Without the above requirements, an advertisement cannot be published. If it is done so and is found to be false, necessary action would be taken by the authorities under ASCI to protect the consumers’ interest.

False or misleading advertisements are around us through various modes i.e, online and offline.
While considering false advertisements it is pertinent to remember the principle of ‘Caveat Emptor’ which means that the buyer should be aware regarding the goods purchased. In recent times, online shopping has risen to heights where consumers are highly benefitted and are equally fooled by various false products and misleading advertisements. Empowered consumers can play great role not only in process of making the laws/regulations apt but also in helping effective implementation of those. There is need to involve consumers in the policy /legislation making process so that they own them and also come forward to protect them. Consumer empowerment is strongly recommended to curb misleading ads. At the same time, it is a responsibility on the part of the manufacturers to provide consumer satisfaction by advertising honestly for the good of the consumers and their products.

This blog is authored by – R. Sumedha

7 thoughts on “False and Misleading Advertisements in India”