The noteworthiness of Competition Law is broadly perceived in the drug market which is one of the significant business sectors that contributes for the economic development in the country. Truth be told it is significant to make reference to that it is this market that is inclined of parcel of unlawful exchanges and monopolistic competition given the way that medication is one of the indispensable items that each consumer needs and the sellers or market players utilize this chance to exchange their items and achieve monopoly or control the prices of the products. By the institution of the Competition Act, 2002 different guidelines were brought into power to manage the market competition in the diverse business sectors. 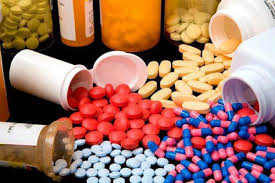 Given the significance of general wellbeing that is in thought in this drug segment it is important to comprehend the utilization of Competition law in this segment. This article attempts to reveal insight in the overlapping of the IP rights and the competition law in the pharma sectors and attempts to draw out a comprehension of how improvement of pharma part has set off the opposition in the market. Facilitating which the article will advance a few proposals. So as to valuably comprehend the market rivalry in drug area, the advancement of the pharma part assumes a significant job.

In India before 1970 the pharma markets were pre-dominantly caught by the Foreign organizations after which the Patent Act[i] in the year 1970 came into force. Despite the fact that the organizations in the pharma sector was making good revenue in the Indian market their trade activities were limited because of statutory enactments. After the liberalisation policy in the year 1990 the Indian pharma sector become a worldwide player with colossal piece of the overall industry across nations. While glancing back at the advancements it very well may be seen that the entry into the Indian pharma market by the Foreign organizations began to increase by 1990 which prompted the slow improvements of the Indian organizations and consequently the medication in India were patented to foreign companies and had huge demand in the India market with excessive costs.

One of the outstanding advancements in the pharma sector was by the Amendment to Patent Act in the year 2005 which presented the idea of “product patent” before which only the processes were patented which permitted the companies to find alike manufacturing process to arrive at the same product after product patent the whole product and the process of making such product was patented and granted protection for the period of 20 years. This implied that that there can no longer reverse engineer the process and make generic medicine. This product patent regime infused the lot of incentive for the developers of the new medicine. It was argued that one of the reasons to bring about this change was that it shall protect the rights of the innovator and also enrich the research and development process in the Indian market. In any case, this argument didn’t end up being successful as I would like to think since this triggered the import of the medications from the foreign nations which expanded the competition in the Indian Market.

The pharmaceuticals sector attracted FDI inflow worth of Rs.87,814.31crores between April 2000 and March 2020 according to the data released by Department for Promotion of Industry and Internal Trade (DPIIT)[ii]. This explains how much the pharmaceutical sector has to contribute to the economy. The significant need for the regulation of competition in the pharmaceutical sector is that the demand for the product is inelastic because of its importance in life saving and the substitute for the product might be very less. It is for this reason the competitors tend to have illegal agreements controlling the prices and supply of the medicines creating artificial demand in the market.

The hardship in regulating the market is that on one hand there is a need for making the medicines available at standard prices and on the other hand the innovators’ interest has to be secured. Hence it involves the issue of regulation and protection of rights of the creators. The Competition Act, 2002 prohibits certain type of agreements[iii] which restrict the supply, demand, price of a product at the same time it also tries to bring a balance by protecting the rights of the creators[iv]. The failure for not accomplishing the market regulation in this sector is that the core objective of the protection of intellectual property and regulating the market for the ease of doing business and protecting the consumers doesn’t align together.

In the case of Madhya Pradesh Chemists and Distributors Federation v. Madhya Pradesh Chemists and Druggist Association & Ors[v], in addressing the contention that the CCI doesn’t have the jurisdiction to adjudicate the matter related to the drugs and pharmaceuticals, the CCI held that the whole intention behind the legislation is to regulate the competition and unfair trading and it has jurisdiction to deal with such issue related to different sectors of business. Hence by the Competition Act, the jurisdiction to deal with the issue related to competition is exclusively granted to the Competition commission of India instead of other courts.

The TRIPS agreement makes it clear that the protection of the product should be in alignment with the welfare of the country[vi] but whether it is really being implemented or not is the question is left unanswered. But on the brighter side the concept of Compulsory licensing[vii] plays an important role in regulating the prices of such drugs if its not sold in the affordable prices in the market. It can be seen that by the way of compulsory licensing, intellectual property rights and competition act goes hand in hand in regulating the pharmaceutical market. What makes the pharmaceutical market different from other markets in regulating competition is that the significant market share of the drugs.

The Small but Significant Non- transitory Increase in Price (SSNIP) test is the test that is used to determine the market power held by a product. The SNIPP tests analyses if a price for a product is increased to a small extent, whether it creates a shift in the consumers preference to choose if it’s answered in affirmative the that product holds a significant market share. when there are number of alternatives of a particular drug i.e. in the case of drugs for headache or stomach pain a slight increase in price of one type of medicine for the headache will let the consumer shift to the other type of alternative. This regular type of competition that persist in the other industries or sectors of business. The other type is for instance, if a disease like TB has one drug that is held for curing TB and even if the prices increases the consumers would still choose the same product because there is isn’t any other drug that can cure TB. It is the same case for many diseases. Hence generally a particular drug tends to hold a significant market share. Since, the demand is inelastic the illegal agreements are created to run the market. The later type of competition is what makes the pharmaceutical sector more complex to regulate.

The important aspect that calls for the attention of Competition Commission of India is that the even the medical practioners sometimes tend to prescribe certain type medication and act in support of these illegal agreements these are called as collusive activities. In fact, such collusive activities can hamper the research and development activities as the market for new entrants are blocked the collusive activities. Further the exploitation of Intellectual property rights to increase the incentive for the drug can lead to violation of Competition laws. Therefore, standard set of competition market guidelines with respect to intellectual property rights holders need to be set forth to avoid such exploitations and to promote competition advocacy in India.