The factual importance of females has been overwhelmingly undermined for a high point of time in the society because of their social status and gender inequalities present and operating in the societies. But it is believed that it has always been in the enthusiasm of both the genders to be enumerated with a sense of equality to ensure justice, fraternity and brotherhood amongst individuals residing in the whole world. It has been righteously stated by Jimmy Carter that ‘It is time that men and boys recognize the party that they must play in gender equality and join with the voices and actions of women and girls who are trying to re-shape society in the interests of all.’ This benevolently sums up the fact and reasoning that gender equality plays a major role in shaping the society existent in the 21st century. 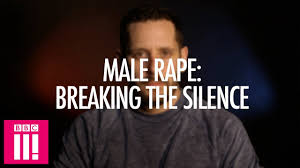 Women have always been provided with an exceptional and extraordinary leverage in the field of Rape Laws, Molestation Statutes, and Sexual Harassment penalizing laws. However, it has been observed that most of the statutes which are contemporary and existing in India at this point of time nowhere mention or are hushed on the factual circumstance of a male getting raped, molested or even sexually harassed by fellow individuals residing in the state. With the emerging needs of the people, numerous statutes are coming up to ensure that such needs are preserved and indeed protected. For instance, The Information Technology Act, 2000, governs all the offences related to harassing an individual over the World Wide Web.[i] However, there is still an immediate relief to be provided in the cases related to male sexual abuse and circumstances of male getting raped.

The Legislature has failed to conduct the sense of Equality preserved in the Indian Constitution,[ii] herein mentioning that all individuals of the state are of equipoise importance to the same. The State cannot discriminate between the same and create a law favouring a certain group or class of people. Numerous rape cases of male go in vain as they are underreported or not reported because there is no statute penalizing the act of male rape and providing a remedy to the wrongdoer. Consent, playing a centre focal point in the offence of rape, paves the way for numerous myths like in a society embodying principles of patriarchy, males are supposed to be tough and resilient.

The first statute is that of” Criminal Justice and Public Order Act, 1994[iv]” belonging to the nation of Britishers. Rape under this statute initially only coated Women but contemporarily the terms like “Vaginal Penile Penetration” have been eliminated from the statute making it a less gender-biased and a more gender impartial one. Male Rapes had been a subject matter of deliberation in the United Kingdom enticing an increment in the total Male Rape happening across the nation, Therefore the Legislation swiftly recognized for a change in the existent law and an attempt was made to make it less tendentious. Another Statute which brought merely a degradation and recognition in the male rapes contemporizing across the country was the “Sexual Offences Act, 2003[v]”.

This statute extended to the branch of England and Wales from the United Kingdom trajectory and was merely another endeavour at recognizing the acts of Male Rape prevalent throughout the country through an amendment made in the acts of sexual assaults which now included abuse from the mouth and non- consensual sexual intercourse, irrespective of the gender of the victim. A statute from that of Northern Ireland termed as “Criminal Justice Order, 2003[vi]” also made another experiment as to making the laws relating to Rape more gender-neutral and not biased towards the contemporary existence of one specific gender.

According to the Black’s Law Dictionary, the connotation of rape implies the performance of sexual intercourse which is done by one party voluntarily and the other party presents no formal or implied consent to it.[vii] Ideally, the mere concept of rape should be silent upon the gender with whom the heinous crime has occurred. But merely because of lack of education and certain other factors like Stereotypes it always construed in India that Rape being a non-consensual activity, can only be centred and executed towards women and carried through by men.

In India, Rape laws are centred and inclined towards the gender of females. There is no specific penalization of the circumstance being of a male subjected to crime of rape. The crime of rape is considered and supposed to be abhorrent and heinous. It is pre-supposedly judged that an individual female who is raped enters into a paradigm of mental as well as physical trauma which wreaks and dwindles the individual.[viii] Section 375 of the Indian Penal Code, 1860 [ix] describes the ambit of punishment subject for the betterment of rape individuals. Under Section 375, the act of rape involves non-consensual sexual-intercourse including penile penetration in the genital areas of the female individual.

The whole definition of rape is construed with the idea of a male constituting non-consensual sexual intercourse with a female and there exist no provisions for amiss done to males residing across the boundaries of India. Other laws such as Section 354A,[x] Section 354B,[xi] Section 354C,[xii] Section 354D,[xiii] are also narrowed down to the interpretation of wrong done to women by the men. These laws have been formulated and codified for the betterment of the female race, but there exist certain negative loopholes which are the statutes being silent on the part dealing with the male race.

Conclusion & The Way Ahead

The existing statutes shall always be construed for the benefit of the class for whom they are being created.[xiv] In absence of such a beneficial construction, the mere purpose of justice is likely to be hampered and tampered with.[xv] Therefore, the legislation and executive should not forget the fact that with the uprising up-gradation in the statistics of female that are raped daily,[xvi] numerous unreported male rape cases occur daily. The legislation has not felt a need to enumerate male into the category of individuals that can be raped. Hence, this view needs to be changed for the betterment of male individuals residing across the nation.

Equality is embodied in Article 14 of the Indian Constitution,[xvii] and it is of utmost concern that matters related to equality are construed and interpreted clearly by the lawmakers of the country. The existing rape laws lay down a great emphasis on the existing position of women as being subjected to as materialistic objects, but it is believed that a gigantic population is still unaware about the fact that male rape occurs and are frequent crosswise the entire nation.[xviii]
It is of immense time now that stereotypes and norms should have resorted to the Recycle Bin and new conclusions should be derived to recognize that in a society where the sex ratio of a male is much more than that of a female, rapes are becoming more common amongst males too. The state shall work towards the betterment of males too if it is enticing the advancement of the female class of the group.