The legal definition of live in relationship is “an arrangement of living under which the unmarried couples live together to conduct a long-going relationship similarly as in marriage.”[1] As law is very dynamic in nature they have to frame themselves or make laws according to the need of the society. 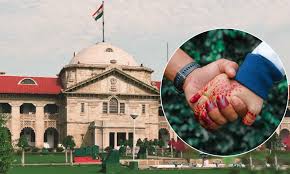 Nowadays people are gradually shifting towards the concept of Live-in Relationship or pre-marital sex. The concept of ‘Mitru Sambandh’ is nothing but a concept of the ‘Live-in-relationship’ or ‘Living relationship’. Supreme Court opined on this matter that if a man or women wants to live together does it amount to be an offence? But are they really appreciating this concept? However this topic has been highly criticized by the society from many years because adopting such type of concept from the western countries does not make our India developed and laws are made according to the time in need and the majority at large.

Yet many laws are being enforced by the judiciary to protect the rights of women like Section 2(f) of the Domestic Violence Act, 2005 defines: and Section125 of CrPC of maintenance.

Domestic relationship means a relationship between two persons who live or have, at any point of time, lived together in a shared household, when they are related by consanguinity, marriage, or through a relationship in the nature of marriage, adoption or are family members living together as a joint family.[2]

Furthermore, in the year 2003 the Malimath Committee was set-up. Basically, it dealt with the reform of the system of criminal justice. The committee gave recommendation to amend laws in Section 125 of CrPC and to alter the meaning of wife that if a female is living in a live-in relationship for the sensible period of time then in that case the female (who is not legally married) is legitimately liable for the maintenance from partner.

In ancient times there were many kinds of marriage, one of which was Gandharva. In this type of marriage, neither the boy’s parents come in between nor girl’s parents, there is a free will of both. It is solemnize by giving a commitment of word and they are bind by their commitment and the obligations and the duties were same as in the other marriage but the boy and girl can get married only after attaining the age of puberty.
There were mainly many types of marriage in the Vedas but there were the 2 respected type of marriage which was:-

These abovementioned marriages have been called the worst but still regarded as marriage.

In Asura type of marriage the boy give a lot of money to girl’s parents and married to her. While in the Rakshasa marriage the boy fights with the parents of girl and abduct her. In the Paishaca marriage a boy kidnaps the girl and harasses her parents. Therefore in the ancient times the lawgivers assured that the dignity is maintained. Hence, in the case of Polygamy the man marries many women also women marry many men.[4]

The Supreme Court of India has passed the judgment related with the Live-in Relationship that if a couple is living in one roof without binding themselves in a concept of marriage with free consent; it is not illegal in the Eye of law. As in the recent Judgment of D. Patchaiammai v. Velusamy that not all the relationship will take the advantages of Domestic Violence also not entitled for maintenance as well unless these 2 conditions are fulfilled:-

· They both must attain the Legal age of marriage.
· They both cohabit at free will.

S.P.S Balasubramanyam V. Suruttayan[5], in this case it was held that if a man and woman living together for a sensible period of time and cohabiting and if a child born from this relationship, then that child will no longer be run as illegitimate. Hence, Section 114 of Evidence Act talks about the same. Also the article 39(f) of the Constitution of India imposes the obligation to state that the children born out would be provided the adequate opportunity so that the upbringing of the child would be in a proper manner.

Bharatha Matha V. R. Vijaya Renganathan[6], the Supreme Court observed in this case that if the child is born with a live-in relationship, then he is now legitimate also can inherit the property of the parents. Furthermore, it was assured by the Indian Judiciary that they would protect the rights of every child and if it encounters any problem in the future then strong action will be taken against the person.

The landmark judgment given by the Supreme Court in Khushboo v. Kanniammal[7] that the whole concept of live-in relations come under the ambit of Article 21[8] of the Indian Constitution which is Right to life and person liberty. Also it opined on this matter that if a man or women wants to live together it is neither illegal nor unlawful.

As we all know that Marriage is a Socio-religious contract. Also it is a sacrament. It confers a status of Husband and wife on the parties to marriage and according to the society this kind of relationship found a legitimate one because we do in front of the society to show them that we are now legally bound in this bond so the obligations, rights & duties are imposed on them. On the other hand within India, people are criticizing the concept of Live-in relationship.

They thought that young girls get enticed into live in relationship, but when men harass them, they become victims of their lust. Marriage has many benefits because the couple has to register the marriage with the registrar and it’s a legal document. So in case if a legal issue arises in both of them they can deal with it in accordance with law, for instance, property dispute and custody of child. Also, in this case the family is in support and within the live in relationship, there is no support of the family because it is the choice of boy/girl to stay there with him/her.

To save time, money all these people come and live in the relationship, as soon as it fails, they take their own way and leave each other, but in the married life they do pass through the entire judicial process which is provided in the matrimonial law, according to which they got married. And also the child’s future has no Certainty.

Lastly, I conclude that our society is not ready yet to adopt this concept. Because it is like “पहले इस्तेमाल करें फिर विश्वास करे”. I believe that the same rights which are with married women will be the same right in Live-in relationship, and then there will be a lot of confusion here and in the coming time there will be no difference in live in and marriage.

[1] This article is on the emerging issue of live-in-relationship. The concept of Mitru Sambandh is nothing but a concept of the Live-in-relationship or Living relationship, shahistapathan, http://www.legalservicesindia.com/article/1013/Emerging-Concept-of-Live-in-Relationships.html
[2] Section 2(f) in The Protection of Women from Domestic Violence Act, 2005
[3] Protection of Women from Domestic Violence Act, 2005
[4] Our vedas permitted live in relationship, Hari Ravikumar, (2015) https://www.dailyo.in/lifestyle/live-in-relationships-vedas-marriage-rape-prostitution-supreme-court/story/1/3361.html .
[5] (1994) 1 SC 460: AIR 1994 SC 133, Live-In Relationship And Indian Judiciary, Astha Saxena, 2019, https://www.scconline.com/blog/post/2019/01/23/live-in-relationship-and-indian-judiciary/#_ftn29
[6] (2010) 11 SCC 483 : AIR 2010 SC 2685
[7] (2010) 5 SCC 600
[8] No person shall be deprived of his life or personal liberty except according to procedure established by law.
Image Source
Author: Gagan Sharma, student at Jaipur National University.

1 thought on “Live in relation between consenting adults is an offence?”