Gambling and betting is ubiquitous in Indian society and mostly done surreptitiously. Sports betting is the activity of predicting sports results and placing a wager on the outcome. 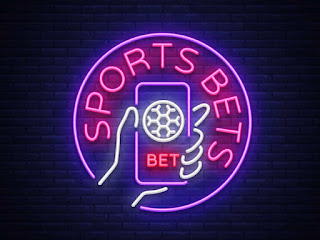 Horse Racing Betting- Horse racing has long been a popular sport in India. Betting on horse racing has been legalized at state level. Bookmakers offer their services legally at these racecourses, along with the tote operators who provide pool betting.
Lotteries- It is another form of gambling which isn’t so strictly prohibited in India. The Lotteries (Regulation) Act of 1998 was passed to govern the operation of lotteries. The act specified that a maximum of one draw per week was to be allowed, but it doesn’t appears to be enforced too rigidly.
Casino Gambling- There are two state governments in India which have passed state-level legislation to allow legalized casino gambling. Goa was the first to do so and Sikkim was the next State to legalize casino gambling.
Online Gambling- The Public Gaming Act of 1867 makes no reference to online gambling because interest was a long way from being invented when the Act was introduced.
The Information Technology Act of 2000 makes provisions for various offences relating to online activity, although again there is no specific mention of online gaming being illegal.
In Sikkim, the government now has the authority to issue licences to operators wishing to provide online gaming services within the state. It is also permitted in Nagaland. This is a notable step forward for regulated gambling in India.
IPL- It is the event which attracts the largest amount of betting interest in India. The Twenty20 tournament is the most successful of its type in the world. In India cricket is the sport that people are most likely to bet on.

LAWS DEALING WITH GAMBLING IN INDIA

The first attempt to control gambling was made in 1867 with the Public Gambling Act which provided for punishment for public gambling and keeping of common gaming houses. Section 2 of the Act authorised each territory (now each state) to extend the Act to the State.
The Bombay Prevention of Gambling act came into force in 1887. Gambling as defined in the Act includes gaming and betting.
Constitution has enabled the State Government to formulate their own laws and there exist no uniformity among state laws and mostly deal with Physical Gambling while Online Gambling remains out of the scope.
Section 67 of the Information Technology Act of 2000 vaguely deals with online gambling which prohibits online transmission and publication of material which “corrupt” persons.
From the various provisions of the Central and State Act, one can infer that while gambling is prohibited in public or public giving houses, there is no prohibition on such activities in a private house.

In 2016, while examining the Lodha Committee recommendations on legalising betting in sport, the Supreme Court asked the law commission to look into the narrow question of legalising betting in cricket. The court’s reference had come in its judgement in Board of Control for Cricket v. Cricket Association of Bihar & Ors,[i] involving illegal betting in IPL cricket matches.

The Law Commission, headed by former Supreme Court judge, Justice B S Chauhan, has submitted Report No. 276, Legal Framework: Gambling and Sports Betting including in Cricket in India to the government.[ii]

A study by auditing firm KPMG revealed that betting to the tune of Rs. 3 lakh crore take place annually in India. If this is made legal, then the government would earn a revenue of Rs. 12,000 to 19,000 crore per annum. Legalizing the activity will help curtail an important source of black money that is used by criminals syndicates and will bring massive revenue to the state exchequer, which can be used for various constructive social schemes.
Naysayers say that gambling is responsible for addiction, loss of livelihoods and invariably leads to moral and monetary bankruptcy. A robust regulatory framework governing the gaming sector will ensure that people do not fall prey to the excesses of gambling. Awareness campaign should educate people about the perils of excessive gambling.

This blog is authored by Sneha Bachhawat