The term ‘Custodial’ providing protection, care, supervision, or guarding. And the term ‘Violence’ means action which causes destruction, pain, or suffering. The primary meaning of the term ‘Custodial Violence’ is torturing, the violence of an individual, or a group of persons while in the custody of the police or judiciary. Custodial violence generally results in the death of the victim or leaves the victim with a traumatic experience. Custodial violence is the torturing of an individual by the police officials. As per the reported statistics, there were more than 1700 custodial deaths in India.
Background 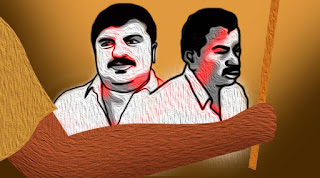 After the death of Geoge Floyd in the U.S. and the death of Jayaraj & Fenix in Tamil Nadu, India has raised concerns about custodial death. Moreover, regarding the third-degree torture of police, a debate has arisen. The death of George Floyd in the United States led to protests which resulted in the introduction of the Police Reform Bill by Congress. Along with the Bill, a discussion has been conducted on the setting up of a National Database which would register the misconduct of police officials.

In the year 2010, Anti-Torture Bill was proposed and discussed at the Parliament but failed to become legislation to date.

To make U.N. Convention Against Torture, 1975 a law in India, the Prevention of Torture Bill, 2010 was introduced in the Lok Sabha.

Prevention of Torture Bill, 2010 contained the punishments to be awarded to the public servant for committing the act of torturing. This bill explains the word ‘Torture’ simply and broadly and states that if a public servant with the purpose to derive information or confession, grievously hurts, or tortures mentally or physically, life, limb, health, of an individual, or third person, then it will be regarded as torture. And, the punishment awarded for torture is 10 years of imprisonment. This bill was successfully passed by the Lok Sabha. The Rajya Sabha sent this bill to the Rajya Sabha Select Committee Suggestions for further consideration.

The Rajya Sabha Select Committee Suggestions provides with certain suggestions such as firstly, expanding of the definition of the term ‘Torture’; secondly, if torture is inflicted on women and children then the punishments should be made severe; lastly, to set up an independent authority to investigate all the activities and provide victims with their reasonable compensation.

After including all the suggestions in the bill, the bill was again presented in the Rajya Sabha but it yet failed to pass repeatedly.

In 2017, the Law Commission stated that they are considering this bill seriously but to enforce this bill as legislation, changes have to be made in the Indian Penal Code, Code of Criminal Procedure, and Indian Evidence Act.
Major Judgements by the Supreme Court on Police Violence or Custodial Deaths

The Hon’ble Supreme Court of India has pronounced several judgments where they have criminalized police brutality and suggested that police officers may be punished with the death penalty for these gruesome acts.

In this case, the petitioner, Rudul Shah was illegally imprisoned for 14 years. A writ of habeas corpus was filed demanding his immediate release.
The Supreme Court held that if by the wrongful act of the state any right of an individual is violated, then that individual will receive compensation.

Saheli vs. Commissioner of Police, 1989

In this case, the police official in connivance with the landlord misbehaves with the tenant mother and her minor of 9 years due to which the minor dies.
The Supreme Court awarded the mother with Rs. 75,000/- compensation and gave the option to the Delhi Administration to recover the amount from the police official.

Nilabati Behera vs. State of Orissa, 1993

In this case, Suman Behera was arrested by the police officials, and the very next day of her arrest her body was found at the tracks of a railway station with multiple injuries.
The Supreme Court awarded the petitioner with a compensation of Rs. 1,55,000/- and also stated that providing compensation is the responsibility of the state and not the police officers.

In this case, the Supreme Court recognised custodial violence, and police torture and stated that custodial violence is an attack on the dignity of a human being. The Court further stated that even after enacting recommendations and policies, torture and death in police custody is increasing at an increasing rate. Thus, the Supreme Court gave 11 guidelines to be followed while arresting a person. The 11 Guidelines issued by the Supreme Court in D.K. Basu v. State of West Bengal consists of various rights that are available to every arrested person in India.

Guidelines to be followed by policemen while arresting

Hence, the glorification of police brutality is a usual sight on the Indian television series and Bollywood movies. High power action movies, specifically based on Police brutality, have earned Rs. 200 Crore on box office, thus normalizing the trend of custodial violence. In this article we discussed three important things, firstly, a discussion around the Prevention of Torture Bill, 2010 in India; secondly, important Supreme Court Judgments against Custodial violence and Police Torture; lastly, guidelines issued in D.K. Basu v. State of West Bengal which is to be followed by every police official while performing arrest.