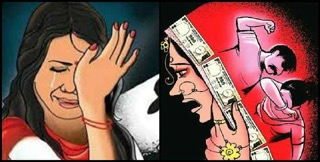 “Any young man, who makes dowry a condition to marriage, discredits his education and his country and dishonors womanhood.”

“Dowry” a popular term in Indian households that has eroded the essence of weddings and turned it into a societal evil. It has been rehearsed for various periods of time and has covered every area of society. While it cannot be completely eliminated, perspiration can be used to reduce its frequency and increase awareness of its implications. What is Dowry, exactly? It is a payment of cash or presents from the bridegroom’s family to the bachelor’s family upon their marriage, which may include cash, jewellery, or other ménage specifics to assist the newlywed couple in beginning their life journey. Dowry was supposed to be a gesture of love and respect for the bridegroom, rather than a means of extortion, as was often the case in the past. As we have seen, the breakdown of the marriage owing to dowry lust involves not just one individual, but a large number of other family members. The consequences of such activities include dowry death and female suicide. In India, dowry is practiced by all sections of society, and women are harassed, humiliated, and mistreated as a result of their families’ inability to pay the bridegroom’s and his family’s dowry expectations. Female foeticide is also on the rise, despite the fact that there are numerous laws against it. A female child is considered a doom or burden to the family, and hence is not preferred. Suicides by young girls occur as a result of mental harassment and pressure, as many times as some parents are unable to pay the dowry money, which brings shame to the family in society and places a lot of family image burden on the girl. As a result, suicides occur as a result of mental harassment and pressure. Many girls are also subjected to mental harassment as a result of their appearances, such as dark skin, obesity, and other flaws, and parents believe that giving a large dowry will hide those flaws, putting the girl under a great deal of stress and mental trauma, leading to a variety of issues such as feelings of insecurity.

The Dowry Prohibition Act of 1961 applies to all inhabitants of India, regardless of caste or religion. Initially, the act was ineffective and did not contribute to societal improvement. As a result of the increasing harassment and violence against women, the statute was amended in 1984, stating that the exchange of gifts in marriage is permitted, but that an account of who is giving the present relation of that person with either party must be kept.

Several other adjustments were made to help safeguard women from dowry-related violence. These changes also defined minimum and maximum punishments for the giving and taking of dowry in marriages. Despite this, the practice of dowry and the violence associated with it continues to exist in India.The Penalty for Giving and Receiving Dowry (Section 3): Anyone who gives or receives dowry faces a minimum sentence of five years in prison and a fine of not less than fifteen thousand rupees or the dowry’s worth, whichever is greater. This would help to reduce the giving and taking of dowry, as well as the penalty for demanding dowry (Section 4), which states that if a person demands dowry from the bride or the bridegroom directly or indirectly, a penalty of not less than six months and up to two years, as well as a fine of up to ten thousand rupees, will be imposed. In the Pandurang Shivram Kawarhkar vs. the State of Maharashtra, The supreme court has held that the demand for dowry in marriage is said to be a crime. In Bhoora Singh vs. State of Uttar Pradesh, Smt. Urmila wife of Raju was living with her parents in the village of Bhadwa, Fatehpur they were married in the year 1983 she was brought to the district hospital on 11/10/1986 by Raju’s cousin Vijai Bahadur Singh with severe burn injuries she was examined and was declared dead later on during the investigation it was discovered that some pieces of empty glass of kerosene oil and ashes were found in the oven and her in-laws stated that urmil was in the kitchen and screamed for help when she was found in a burnt condition following are the presumptions about dowry death (Section 113 B) under the Indian Evidence Act of 1872: It must be proven that the woman was subjected to cruelty/harassment regarding dowry demand concerns before her death in order to determine if an accused has committed the dowry death of a woman. If this is proven, the accused should be found accountable for dowry death. The person who gives dowry and the one who takes dowry are equally accountable, according to section 3. In the case of the State of Punjab vs. Iqbal Singh, the Supreme Court ruled that seven times after a marriage should be deemed a turbulent bone, with the assumption that the pair would settle down in life after that. The prevention of dowry death is vital, and the measures done must be successful, and authorities must be more tough when it comes to comparable acts. The court could also attempt to keep track of dowry abuse and fatalities. As stated in the case of Rajbir v. the State of Haryana the apex court directed to the reign this case the court has held that the victim before setting on fire by her in-laws had written a letter to her father about her condition as she was being ill-treated, harassed due to the non-satisfaction of the dowry demand. The offense of demand for dowry was committed as stated in section 4. According to section 8 offenses under this Act shall be cognizable,non-bailable, and non-compoundable. The State Government may appoint Dowry Prohibition Officers as per the requirement and be given powers and jurisdiction under this act to be exercised. Every officer shall perform the powers and jurisdiction under this act to be exercised to see that the provisions of the act are complied with, to prevent give and take or demand of dowry. These officers have limitations and conditions which are to be followed as laid down in the Act. The law is criticized to be ineffective but the real problem is implementation which is not being done properly as no action is taken on the registered cases people are not even aware of the provisions available all of these have led to no improvement in the situation. Section 2 of the Act states that any property given or taken in the future related to marriage is considered as dowry. The statement in the Act is “as consideration for the marriage of such parties” which was considered as a meaning of dowry by the court which was later held that consideration was limited to reason and would not include any property demanded given during the marriage. As stated in the Sanjay Kumar Jain vs. State of Delhi that the dowry system is a curse to the society as a whole and how dowry deaths were becoming very frequent.

THE SOCIAL FACTORS ASSOCIATED WITH DOWRY

The administration of justice in felonious cases is a very difficult endeavour, and it becomes even more difficult when the bare minimum of social assistance is not available. There are no substantiations to be found in reference to atrocities and impropriety, as it occurs behind closed doors with no witnesses, leaving no substantiation except the family, which may or may not support owing to familial pressure. The neighbors who mighthave some idea about the incidents or evidence against the accused are not willing to testify due to fear of spoiling relations with the neighbors. The added police investigations and interrogation adds up to it and worsens the general public as a whole. The police are accused of attitude issues, malpractices which leads to a reduction of the successful implementation of the laws in the present situation. The general complaints against the police are that they are not on time on the crime scene always late, not going deep into the details of the case, no proper investigations in a leisurely manner. The police are highly unwilling to take up cases related to the deaths of women as it is considered a family affair by them. It has been seen in some cases that the officer has been changed frequently which affected the investigation which leads to corruption, etc. The police have their own excuses and explanation for the procedure not being up to the mark. There is inadequate evidence due to independent witnesses. The evidence in most cases contradicts the statements made by the other linked persons. Forensic evidence is considered very helpful in such cases and is better if some experts are brought to the crime scene to avoid delay in the medical reports which may lead to fast and accurate evidence. When it comes to the misuse of dowry laws by women, there are always two sides to a coin. Every rule has benefits and drawbacks that can be used. The dowry ban rule has proven to be an annoyance for men as well as a solution to tough situations for women. Not every dowry case is based on a factual incidence. More than a third of the cases are false claims made by women against their spouses to obtain money.

“DOWRY” is long practiced in all sections of Indian society. It is not possible to do away with it completely. The reason for this is the mindset of the Indians where a boy is highly educated so the parents can take advantage of that and ask for a higher dowry amount during the marriage. The dowry giving practice has become a custom and despite many laws being present, the cases are still on a rise. It can only be eradicated by stricter actions and change in the mentality of the general public making them aware that taking and giving of dowry is a social evil and should be stopped immediately looking the situation it will take a long while for dowry to be completely eradicated. The deaths of women due to dowry is a hot issue in Indian society. Many organizations, police, judiciary, etc are taking up actions for stricter punishments for the wrongdoer. It has been seen that the government is trying to make efforts to create effective laws for the protection of women from such offenses by trying to provide justice. Change in the literacy rate of women and more work opportunities can help in improving this dowry problem. The effort needs to be taken for the removal of such social evil completely from society which can be done only with awareness, cooperation of the general public and letting go of greed for money and other materialistic stuff. The investigation should be done by an officer, not below the rank of an assistant commissioner and strict punishment should be given up to seven years of imprisonment. Dowry is a serious issue that needs constant attention to do away with, helping women at the right time and making people aware of the heinousness of greed for money may help. Everyone needs to contribute and come together to make sure a free and safe environment is available for the young women whose trust and helplessness are not being used in the wrong way. In the end marriage of two people should be a strong bond to support each other not to turn it into a social evil/nightmare. Together it is all possible.

This blog is authored by Dakshita Dhage, a student of Maharashtra National Law University, Nagpur.