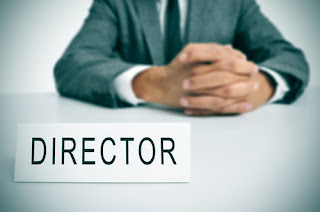 A company is a fiction of law, having a corporate personality that is independent and distinct from its members. “Company” refers to a company incorporated under Companies Act, 2013 or under the provisions of any other preceding company law.[i] Its elementary feature is “separate legal entity” as decided in the famous case of Saloman v. A Saloman& Co Ltd[ii]and Lee v Lee’s Air Farming Company Ltd[iii]. It is having a trait of perpetual succession, capacity to sue and be sued in its name, limited liability etc.

In the real sense, company is a juristic person as contrary to natural person and therefore, cannot perform in its own. So, there are certain natural persons who functions and governs it. A company is comprised of members/ shareholders and board of directors who are responsible for its working. The shareholders or members are the virtual owners of the company whereas; the board of directors holds its management. Hence, there is separation of management from ownership in the business of a company.

Directors are answerable for the day to day affairs of the company. They hold an important and obliged position in the corporate world. Director means a director appointed to the board of a company[iv], and collectively known as Board of Directors (BOD). It is mandatory for a company to have board of directors consisting of individuals as directors under section 149 of the Companies Act, 2013.

Board of directors not just maintains the working of the company but also plays a pivotal role in good corporate governance. There are certain rules of conduct that need to be followed by them. If they breach their duties or act in his own interest, it could leads to the unwanted results. Satyam scam is the most appropriate example of it where its directors made false financial statements together with using the company’s money for buying properties in the real estate and thus, manipualated the accounts of the company. Ultimately, when the corporate fraud was came into limelight, the debtors suffered a huge loss. This is done because of less corporate governance practice and fault on the part of directors of the compay. Henceforth, directors are the prominent factor for the good going of a company.[v]

Directors are appointed to deal with the day to day affairs of the company but then too, they are not servants or employees of the company as held in the case Burland v. Earle[vi]. Now, we will look at the different positions that are held by the directors of the company.

2.1 Directors as an agent of the company

Since we know that a company is an artificial person which acts through its directors and therefore it can be said that directors act as agents of the company. Directors on behalf of the company making it liable on itself and not themselves. Therefore, the directors cannot be held personally liable for any default of the company.

In the case of Ferguson v. Wilson[vii], the court had held that the company has no person, it can act only through directors and the case is, as regards to those directors, merely the ordinary case of principal and agent. Similarly, in the case of Elkington& Co. v. Hurter[viii],it was held that where directors enter into contracts on behalf of the company, it is the company and not the directors who are liable there under.

2.2 Directors as trustees of the company

A trustee is a person in whom the legal ownership of the assets is vested, which he administers for the benefit of another or others. Directors are marked as the trustees of the assets of the company, and of the authority that is vested over them. The reason being, their job is to supervise and to take care of those assets of the company with the responsibility of implementing theirs duties in the best interest of the company instead of using it for personal benefit or advantage. They are not allowed to function for any undue advantage to which they are not entitled. There exists a fiduciary relationship between a company and its directors and therefore, directors are expected to act in a bonafide and fair manner in respect to all the transactions that they make on behalf of the company.

In Sarathi Leasing Finance Ltd. v. B Narayana Shetty[ix], it was decided by the court that the directors play the role of trustees of the company with respect to its assets, which they handle and examine in the capacity of agents in the transactions entered by them on behalf of the company.

In the case of RamaswamyIyer v. Brahmayya& Co.[x], it was held that the directors of a company are trustees for the company, and with regard to their power of applying funds of the company, if they exploit their powers and cause corruption in any manner then they could be held liable as trustees and, in case of their death, the cause of action survives against their legal representatives (LRs).

Board of directors enjoys the decision making power in the company and therefore, they are called as the brain of the company. The composition of the BOD is given under section 149 of the Companies Act, 2013.

In public company, private company and one person company the minimum number of directors as required under the statutory provision is 3, 2 and 1 respectively. And, the maximum number of director is 15, which can be exceed by passing a special resolution in the general meeting of the company. As per the provisions, it is mandatory to have at least 1 women director in the company as may be prescribed.

Additionally, under the new provisions of the new Companies Act, there is a compulsion on every company to employ at least 1 director as “resident director” who stays in India for at least one hundred & eighty two days (182 days) during the financial year.[xi]

The board of directors is classified on the basis of their different powers, functions and the duties conferred on them. A brief about all of term is as follows:

It is mandatory for every company incorporated under the Companies Act, 2013 or any other preceding company law to have at least 1 director named as a resident director, the one who stays in India for 182 days as per the the financial year.[xiv]

BOD has power to appoint any person, not being the person who fails to get appointed as a director in a general meeting of the shareholders, as an additional director at any time who shall hold office till the date of the next AGM or the last date on which the AGM should have been held, whatever is earlier.[xv]

Every listed companies and public companies having

are required to have at least 1 director as women director.

Nominee director is a person nominated by an institution including banks, financial institutions, or the central government when they have interest in the company.[xvii]

Hence, this is the classification of board as given in the statute.

5. Duties of directors in a company

Directors are appointed to look after or to take care the working of the corporate business. However, there are some restrictions on their powers. They have certain rights, liabilities & duties which they should remember while acting as director of the company. They have different set of duties, some are governed by the statute, some by the Companies Act while some are originated from the law of contract.

Earlier the Companies Act was silent regarding the duties of directors. The Ministry of Corporate Affairs i.e. MCA set up the “J.J. Irani Committee” which recognized the significance of the duties of directors. These duties vary from company to company as according to the Articles of Association (AOA) of the company.  Section 166 of the Companies Act, 2013 point wise describes and explains various duties of the directors which they are ought to remember which acting as such. Every director must be aware of his/her duty in the respective company so that the company has a strong and ethical Board of Directors. Some of the duties are enlightened accordingly:

Hence, these are the duties conferred on the board of directors (BOD) under the statutory provisions.

Board of directors are like Einstein to the company who regulates and administers its functioning with their genius intellectual. They have control over the company. By the above-mentioned paras, we have seen broader aspect of the board of directors. The companies act states very strict provisions that need to be followed by the directors in order to ensure transparency and accountability in the business. Many a times, it has been seen that the directors act like ombudsman to look after the problems of shareholders. Company, as a whole depends upon the directors. If they implement provisions wisely and accurately then the company would never be indulged in any fraud or scandal.

Henceforth, directors plays a pivotal role for good corporate governance and to build up high standards in the company. So, it is right to say that “board of directors are an entwined part of a company”.