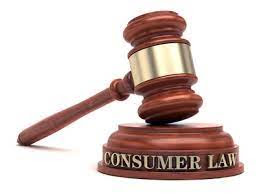 As food is to body, reading is to mind and consumer is to the market. In our daily lives we come across many processes of hire or purchasing and selling of goods and this has become an inevitable part of our lives. As the market went on expanding, certain issues started arising related to fraud and other activities that resulted in the violation of rights and the buyers suffered a lot due to the misconduct of the services. The need of the hour was to create a law which stood as a pillar for the violation of rights of the buyers. This resulted in the formation of Consumer protection Act,1986 (hereinafter referred as the CPA). Consumer Protection Act which was enacted in India in 1986 soon after the adoption of the U.N. guidelines for Consumers in April, 1985, is considered as one of the most unique legislations of the world for consumer protection.

It comprises of a hierarchy of three agencies at district, state and the top most one at the national level. Due to the change in technology  and the advanced results of globalization and industrialization more serious crimes of fraud against the consumers came into news.Once again the need of the hour was to refresh the existing act which led to the reintroduction of the Consumer Protection Act,2019.

The  ‘Jago Grahak Jago‘ [1]scheme  — an initiative by the  consumer affairs ministry started beck in  2005 was a helpful plan of  the government. Use of  print media, advertisements on radio’s and TV screens , audio and video campaigns to educate consumers about rules regarding sales and purchase like the definition of maximum retail price (MRP) and help them to mould themselves into an informed and aware citizen of the country.

People who were not able to access the court fee have also been availed with the online complaint platform https://consumerhelpline.gov.in/ where people can file an online complaint against the goods provider. They have the option of filing an offline complaint through the medium of courts too. It totally depends on the choice of the person as he has a ‘right to choose’.

In the recent years, various steps taken by the government by implementing strict laws and forming the agencies, tribunals, commissions and the apex court have developed a better understanding of the needs of the consumer act and have formulated a balance between the demands of both sides and proper implementation of the law.

The Consumer Protection Act,2019 had brought some changes in the old CPA[2]:

The State Consumer Disputes Redressal Commission or State Commission can now entertain a complaint from ₹ 1crore – ₹10 crore(earlier which was from ₹20 lakh -1crore).

The National Consumer Disputes Redressal Commission or National Commission can now entertain a complaint above ₹10crore (earlier which was restricted at ₹ 1crore). There have been other changes too in the new act.

Right to be informed: The right to be informed is the right which is to provided about the facts and details of a product or thing that informs a citizen to make right choice or decision. Consumers must be given with adequate information enabling them to act wisely and responsibly. They should be protected from misleading or fraud or from buying irrelevant publicity material.

Right of representation: The right of representation in governmental and other policy-making bodies as well as in the development of products is also included here. It gives the right to the consumer to a fair settlement of just claims. It includes the right to receive compensation for misrepresentation of overpriced goods or expired products or unsatisfactory services and the availability of acceptable forms of legal aid or redress for small claims where necessary.

Right to a healthy environment: A healthy environment means an environment which provides the real essence of life and where the person enjoys his life, a physical environment that will enhance the quality of life. This includes protection against environmental activities or natural forces or acts of god. A person has a right to get protection if anything happens to him in any of such disasters over which the individuals have no control. It acknowledges the need to protect and improve the environment for present and future generations.

Certain provisions may be taken into account from the Constitution of India, states shall ensure the dignity of the individual. Articles 21 and 32 are fundamental rights, they provide any citizen to raise up his/her voice against issues and they can demand anything what lies in their rights.  Article 226 stipulates that the High Court can issue writ on any matter connected with Fundamental Rights. These Constitutional provisions not only empower the citizens in general terms but also empowers them as consumers of the society. The objective of the Act as stated in the legislation is to provide better protection of the interest of consumers and the  purpose was to make a provision for the establishment of Consumer Councils and other authorities for the settlement of consumer disputes and for matters connected therewith.

In 1934 Mahatma Gandhi said this ; the spirit of what empowerment of Consumers really means is “A Customer is the most important. Visitor in our premises He is not dependent on us. We are dependent on him. He is not an interruption of out work. He is the purpose of it. He is not an outsider in our business He is a part of it. We are not doing him a favour by Serving him. He is doing us a favour by giving us an opportunity to do so”.[3]

Most relevant factor to get compensation

Sine qua non, the proof of loss or damage to the consumer by the acts of the other person should be there with the consumer then only a person may find some action to get a compensation. The Consumer forum while granting a compensation takes into account all the legal principles and relevant factors. Determines the amount of misconduct done with the rights of the consumer and takes care of loss minutely. In Charan Singh v. Healing Touch Hospital & Ors[4],  an appeal under Section 23 of the Consumer Protection act,1986 against the order of National Consumer Forum[5], the Apex court held that calculation of damages depends on the facts and circumstances of each case thereby no hard and fast rule can be laid down for universal application.

The addition of Section 2(7) of CPA 2019 [6]has broadened the meaning of “consumer” to include the person(s) who buys any goods and hires or avails any services through e-commerce or by teleshopping or direct selling or multi-level marketing. The e-commerce platform has become a new way of life to the buyers. The product which consumed much travelling to malls and shops with less variety is just one click away. As time is the most important jewel, the online purchasing saves a lot of time and this comes out to be the main reason why it has experienced a boon. No-one would refuse to buy the best product at a low price.

There were certain cases where people hadn’t received what they had ordered and were dissatisfied with the service of the marketers. Several people had filed complaints in the redressal agencies and had got compensation to the loss suffered from the actions of the authorities.

In 2006 certain pesticide remains were found in Pepsi and Coca-cola and it came as a case of violation of the ‘Right to Safety’ of the consumers under the Consumer Protection Act,1986. In 2015, Swiss brand Nestle’s popular Maggi [7]and Baby food which comprised of ‘milk powder and a supplement’ were found to be unfit to be consumed as it was a leading product of the brand in the Indian market. Performance of unfair trade practices being done in the market was actionable by the Central Consumer Protection Authority (CCPA).The customers went against them as components of lead was found in the instant masala noodles 2 minutes.

Recently, the food and beverages brand which holds a remarkable share in the Indian market has itself said that less than 30% of their products lie in the unhealthy category. The global reports have also lead to a conclusion and have found that 60% of Nestle’s [8] products are unfit for use and are harmful for use. This clearly means that the company has once again after five years returned on the same platform and the consumers as well as the brand team who had been hard to built their trust again has reached the same level. Again there has been violation of the Consumer rights and the consumers have suffered once again; thereby creating an unhealthy environment in the society.

The  Indian law empowers the consumers by means of various provisions under the amended CPA or the  Consumer Protection Act,2019 (CPA) which assures the consumers/customers that their rights are always with them and the Indian law protects them and their rights and ensures that when it comes to the market they are the real king. It governs the relations between consumers and service providers/sellers. This act also has the provision for adequate compensation to the Indian consumer providing an easy access to justice(online as well as offline) having a three tier redressal structure at the District, State and National level commonly known as ‘Consumer Forums’. The recent modifications in the act has made it more useful and operationable with the present situations in the market; facilitating the customers to raise their voice and concerns relating to deficiency of service on the part of service providers/sellers.

[8]The Times of India