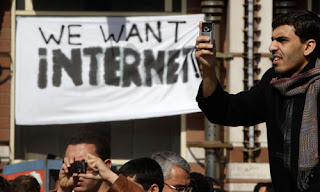 THE IMPORTANCE OF INTERNET AT THE TIME OF COVID-19 PANDEMIC

According to the Digital 2021, Global Overview Report, there are approximately 4.66 billion people around the world in January 2021, who have used internet and this data is up by 316 million i.e., 7.3%, since last year. Global internet dissemination now stands at 59.5% as of now.[1]Today, we are living in a modern period or a science era, in which a vastportion of our life is reliant on the tech-inventions, and internet is one of the most crucial and vibrant invention in the turf of science. It has becomea distinguished part in one’s lifeand almost every person is at the mercy ofthe internet for diverse purposes.

At present, when the whole world is facing such an unprecedented situation i.e., COVID-19 pandemic, the usage and access to the internet has become of utmost importance, and has increased at a much rapid pace. It aids in providing up-to-date information about the worldwide happenings, announcements and policies made by the administration, regular updates about the deadly virus, healthcare centres and doctors in situations of lockdowns. Furthermore, it is a way of connecting, socializing, creating, and allocatinginformation in and around the sphere. Internet also contributes to the GDP (Gross Domestic Product) of the country which in turnboosts the economic expansion of the homeland. However, whenthere comes a situation in whichthe internet is abrupted or stopped for an indefinite period of time, without providing appropriate and justified reasons, is a matter of grave concern not only for the people but also for the economy of the country.And this situation is called a period of Internet shutdown.

INTERNET SHUTDOWNS AND THE LAWS RELATED TO IT

Internet shutdowns are demarcated as any stoppage or interruptionwhile using internet services. Conventionally,the law was articulated under Section 144 of the CrPC (Code of Criminal Procedure), 1973[2]whichpermitsthe courts to direct the use of the internet in a certain way. This authority has been used and directed by the magistrates to avert or cease the internet facilities in certain areas for certain durations, and this has been opposed too.Due to these oppositions and challenges, in 2017, this law was modified and the Government propagated the Temporary Suspension of Telecom Services (Public Emergency or Public Safety) Rule 2017.[3] These rules provide the direction as to when they should be issued. These rules were issued under the Indian Telegraph Act, 1885.[4]

THE KASHMIR INTERNET SHUTDOWN: ANURADHA BHASIN AND ANOTHERv. UNION OF INDIA AND OTHERS

InAnuradha Bhasin and another v. Union of India and others,[5]Anuradha Bhasin filed a petition in the Supreme court of India, asserting the situation of state of Jammu and Kashmir, where all the modes of communication including internet, mobile, and fixed-line communication were shut down and suspended by the government without providing a valid reason for passing such an order. Internet was made unavailable and inaccessible in the localities. The government gave the reason that this order was issued wholly on the mere apprehension of internal risk in the law and order of the state.[6]She wrote that the total communication blackout i.e., internet shutdown was “fuelling anxiety, panic, alarm, insecurity, and fear among the residents of Kashmir,”[7] and it had choked the freedom of press, and citizens right to information. All the means of using internet were banned by the government.

THE JUDGEMENT PRONOUNCED BY THE SUPREME COURT

In the recent judgment of Anuradha Bhasin and another v. Union of India and others,[8]the Supreme Court of India stated that without proper reasons and a reasonable time period, the government cannot arbitrarily impose restrictions over the basic fundamental rights of the people. Usage of Internet was completely banned and the government did not give any definite time limit up to which the internet services will be cut off. Further, any order with regard to internet shutdowns will come under judicial enquiry, and the government has to provide reasons for the suspension of internet services to the court. The government can impose internet shutdowns for a temporary period and for reasonable reasons, rather than an indefinite period and unreasonable reasons.The Supreme court of India ruled that such an unspecifieddefermentof internet services is unlawful under the Indian law, and should satisfy the test of necessity and proportionality.[9]

WAS THE JUDGEMENT FOLLOWED?

Even after the judgment pronounced by the Supreme Court in the Anuradha Bhasin case,[10]the occurrences of arbitrary internet shutdowns did not stop. During the pandemic, when the whole world was fighting with the deadly corona virus, there were some parts of our nation like Jammu and Kashmir, some north-east states, which were facing extreme internet issues. They were denied internet facilities for at least nine to twelve months, without any proper notification, direction, or circular from the government. People resorted against the government by filing petitions, raising voices through social media handle, protest, etc. and after due consideration by the state governments, the citizens were provided access to 2G internet facilities with certain restrictions.

This arbitrariness and unlawful decisions regarding internet shutdowns, without proper guidelines and valid reasons, for an unreasonable period of time, has caused immense problems for the people residing in those areas. Also, internet shutdowns negatively impact the GDP of our country.With individual loss, there is an economic loss also, which has deeply obstructed the GDP of the nation. Internet and its services contribute a major share in the GDP of the country which further enhances the economic scenario. According to a news study, there is an approximate loss of about $1.3 billion in India over internet shutdowns, making India the third-most economically affected country in the world, after Iraq and Sudan. These internet shutdowns cause a severe impact on the economic productivity of the country.[11]

Indiscriminate and arbitrary shutdowns by the government causes a very high social and economic costs. They are often futile not only for the population but also for the economy of the country. No one should be exempted from exercising his fundamental and basic rights and it is the responsibility of the government to ensure that the basic rights of human beings are not compromised unless there is a serious concern over public order, decency, morality, security, integrity and sovereignty of the state.

Internet has become a necessity in the 21st century with increasing focus on digitalization and hence must be provided to the people without any interruption but, with subject to some reasonable restrictions. Moreover, internet contributes significantly towards the GDP of the country and increases the efficiency of the economy, it’s absolute suspension without any valid reason and for an indefinite period of time, could be perilous for both residents and realm.