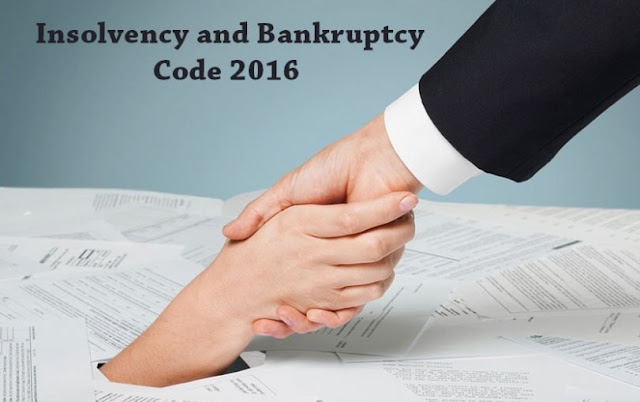 The bankruptcy Laws are essential as they govern the reciprocal connection between the creditors and insolvent debtors; in a much practical manner, Bankruptcy codes provide a procedure for the subjugation of the debtor’s assets in order to fulfill the occurring debt. The write-up analytically compares the procedures of two very different nations, precisely India and The United States and hover across all the key aspects and lacunas in either law.[1]

The Bankruptcy Code of India is a recent advancement. The code is an effort to put together an insolvency procedure and allow speedy claims and a free flow of credit within the boundaries of the nation. The code has unified all these laws, which essentially safeguard the rights of a creditor.

The insolvency resolution process in India incorporate multiple statutes in itself, which include-

Companies and individuals come under the purview of the present-day code of 2016, and a time stipulated process has been well established under this code. Not only this, a colloquy of both creditors and debtors has been formed to make this insolvency process more seamless. The insolvency process gets facilitated by different institutions for a harmonious resolution, which will be discussed in this write-up.[2]

Before coming to the infamous procedure for the resolution of Insolvency, we must hover across the people involved for the sake of that process, from individual personnel to the full-fledged boards and authorities. Due Commendations should be given to all.[3]

Authorities– The insolvency process is adjudged by certain authorities; namely National company law tribunal(NCLT) and the Debt recovery tribunal(DRT) for Companies and individuals, respectively; the process initiates here where the adjudicating authority simultaneously appoints an insolvency professional and scrutinize the diction of the information utilities provided the creditor himself which includes defaults, records of debt on the part of the debtor.[6]

Resolution– A manifestation of a committee that takes place, consisting of all the financial creditors to whom the debtor is liable. The committee may either revise the repayment schedule of debt or either liquidates the assets of the debtor in order to repay the debt owed to them.

Liquidation– Administered by the insolvency professional, the proceeds that come after the liquidation of the debtor’s assets are dispensed in the following order, with (i) being the first entity to get remunerated.

(i) The cost of the insolvency resolution process, including that should be made to the Insolvency professional.

(iv) Payment to the government

Coming to the United States of America, the evolution of insolvency laws began in the early 1800s; over the course of years after several legislations coming through and getting repealed, the first sought-after modern legislation came in the year 1898 and was labeled as the Nelson act. The most recent amendment towards the Bankruptcy legislation in the states has to be the Bankruptcy abuse Prevention and consumer protection act 2005.[8]

Evolution of insolvency and bankruptcy laws in the USA

Since the 19th century, there were only stringent laws in Insolvency, as most debtors found it impossible to receive a discharge from their debts. They have always perceived the idea of collecting debts. But the very first law came into force in 1800. It was repealed many times. For the modern time era, bankruptcy law was enacted in 1978, and The Bankruptcy Abuse Prevention and Consumer Protection Act (2005) is the most recent amendment to the 1978 law.[9]

In the USA bankruptcy code covers the process of liquidation by appointing the trustee who collects the non-exempt assets of the debtor and distributes them among the creditor. Under chapter 7 of this code, both business and individual entities can file for bankruptcy. Under the business, the trustee can decide to sell the entire assets to another company. These collaterals of the company approached the liquidating company. On the other hand, individuals who possess the property and settled in the U.S. may file for the liquidation process in court. These assets are sold by the trustee to creditors, and sometimes unsecured debts are excused from discharge.

An amendment was made to the bankruptcy law in 2005. It was intended to limit consumer debtors from filing bankruptcy, and approbations were being claimed that would protect the creditors from bankrupt customers.[10]

Municipality refers to the public agency which is authorized to be a borrower by state law, government officer, or an organization prescribed by the state law to give authorizations. An amendment in the Bankruptcy Act of 1934 expanded the bankruptcy code to include the municipality. Previously the bankruptcy came into force, and the only remedy provided for troubled municipalities; creditors can seek an action of mandamus to raise taxes.[11]

Chapter 11 of the bankruptcy code deals with the business entities like a sole proprietorship, partnership or corporation. The debtor remains in charge of possession but under the surveillance of bankruptcy court. Chapter 12 deals with the family farmers and fishermen, the Family Farmer Bankruptcy Act of 1986 was added to the Bankruptcy Code of 1986, which came into being forced to fastening the agricultural credit. Chapter 13 deals with individuals who do not fancy to chapter 9 of the code. Those individuals get an opportunity to reorganize their financial affairs while under the protection of the bankruptcy court. Plans are being for 3 to 4 years not exceeded five years.[12]

Chapter 15 deals with Cross border Insolvency. It permits cooperation between the courts worldwide like U.S. courts, foreign courts and other authorities involved in cross-border liquidation cases.[13]

As the corporate law fraternity in India is getting mainstream, knowledge of such bankruptcy laws are more than necessary, and as far as the States is concerned, they already are the power-house in-terms of finance, least to say compared to the Indian outlook the American legislature has done a robust job in shaping the insolvency laws for their sorority.