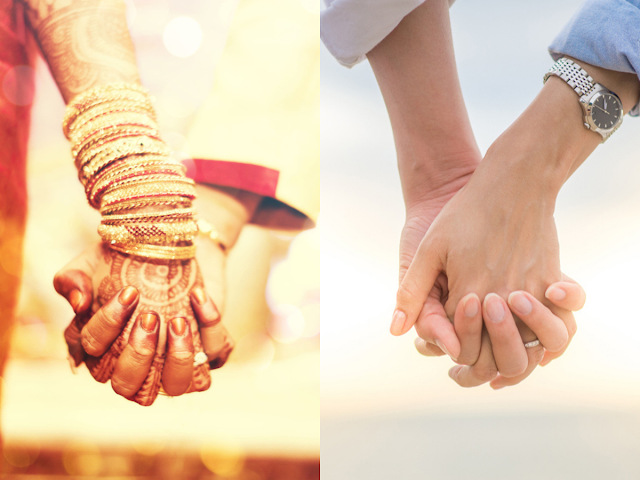 A live-in is purely an agreement (oral) between two parties who share a bond of love with each other. Metropolitan culture and modernization has kept stone for the new concept of semi-permanent relationship with the tag of ‘live-in’. They enjoy independence sharing a common shelter and share household without having a tag of marriage. Neither it is a contract nor does it consider ceremonies. It is just a relationship where two souls live with each other. They might cohabitate or get into a physical relationship it is lnot an offence until there is some harm to any party or any party suffers from the actions of the other. It isn’t acceptable to certain extent of the society. Once a party refuses to further live together, the vocal contract comes to an end and the parties may separate without any legal actions.

Unacceptance of such relationships by the Indian Society

When it comes to a relationship other than marriage, the elders raise up their eyebrows with tons of thoughts coming to their minds. There is need of the hour for the society to accept the present phenomena and accept the will of the young buds. . Drastic change in the life of women especially in the 20-40 age group has been seen in the recent times. Their sources may differ but the good news is that the Indian society is learning quite beneficial values from the western community.

In a recent judgement by Punjab & Haryana High Court , in Gulza Kumari and another v. State of Punjab and ors, the court had earlier denied the appeal seeking protection and  seeking seal of approval on their live-in-relationship, which it said was “morally and socially not acceptable”. In the later order it kept the view that “the individual has the right to formalize the relationship with the partner through marriage or to adopt the non formal approach of a live-in relationship.[1]

Article 21 of the Indian constitution guarantees right to life to every citizen. In Lata  Singh vs. State of UP & Anr, the Supreme Court held that a girl has a right to marry a person of her choice with her own will.[2]Under Section 125 of the Code of Criminal Procedure, 1973 a wife is entitled to maintenance after dissolution of her marriage. A woman can seek for additional maintenance apart from the maintenance received by her under any other law as per Section 20(1)(d) of the Protection of Women from Domestic Violence Act (DV Act), 2005.Women hold the right to ask for maintenance from her ex-partner if the relationship had some effects like harm or injury to her which were the repercussions of the relationship or for which the other partner was liable. Article 19 of the constitution guarantees a fundamental right to freedom of speech and expression and to reside in any territory of the country. A person is governed by the law if one wishes to choose partner of his/her choice and to establish sexual relations with him/her; the condition is they should not have a tag of marriage on themselves.

In Indra Sarma v. V K V Sharma, the Supreme Court held that a woman who begins to live with a man who is already married to someone else, without knowing that he is married, will still be considered to be in a “domestic relationship” under the Protection of Women from Domestic Violence Act, 2005; thus, the man’s failure to maintain her will amount to “domestic violence” within the meaning of the Act and she will be eligible to claim reliefs such as maintenance and compensation. Indra Sarma lived for 18 years knowingly with such a person who was already married.[3]

Is Live-In a form of adultery?

The impact of a mixture of globalisation, education and social awareness has forced people to think with an open mind, that actually is a positive approach for the future. From the enactment of  Article 377, the stigma of ‘homosexuality’ has helped a lot in widening the perspective of the society.

When we say a ‘live-in’ relationship, a thought comes to one’s mind that is it an alternate form of adultery or just enjoying sexual benefits of each other……Well had it been so, the courts would have clearly interpreted it as an offence and one should have been punished for having a live-in relationship.

The exception of ‘adultery’ as defined under Section 497 IPC, it said, in Lata Singh v. State of UP, the judgment  said that: “a live-in relationship between two consenting adults did not amount to any offence, with the obvious exception of adultery, even though it may be perceived as immoral”. A major girl is free to marry anyone she likes or “live with anyone she likes”. Live-in is neither a crime nor a sin though socially unacceptable in this country.

In Kamini Devi v. State of Uttar Pradesh, the Allahabad High Court remarked that two consenting adults are at liberty to live together and no person would be permitted to interfere in their peaceful living. “Live-in relationships, though not socially accepted in India, do not amount to any offence under law”. [5]

The judiciary has taken a step ahead by understanding the present scenario and further took a modern approach. The couples can  now openly say that we are in a ‘Live-In’ as the law supports them and they are further protected by the law, the law itself protects their rights now. One cannot sue Live-In couples under any crime.