Introduction to the Indian Contract Act, 1872

A contract is an agreement between two or more parties, to perform a specific job or work order, often temporary or of fixed duration, and usually governed by a written agreement. In the legal language, the term ‘Contract’ can be defined as an agreement that the law will enforce in some way. It is legally binding and must contain at least one promise i.e., a commitment or offer, by an offeror to and accepted by an offeree to do something in the future. It is executory rather than executed. 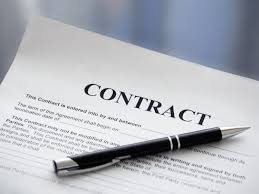 The Indian Contract Act, 1872 was formulated in the year 1872 by the British Government. It frames and validates all agreements between various parties to it. It contains all the provisions relating to the contract laws in India.

Section 2(h) of the Indian Contract Act, 1872 defines the term ‘Contract’ as- “An agreement enforceable by law is a contract.”

This case was filed by Mrs. Balfour against her husband Mr. Balfour. They both lived in Ceylon and went to England for a holiday. During the holidays, Mrs. Balfour became ill and was advised by the doctors to stay back in England and not return to Ceylon. Thus, due to work pressure husband goes back to Ceylon leaving his wife back in England. An arrangement was made between them that Mr. Balfour will provide Mrs. Balfour with Rs. 30 every month as an allowance. For a few months, this arrangement was concrete but due to some differences they got separated and Mr. Balfour stopped sending Rs. 30 as an allowance to Mrs. Balfour. The Court dismissed this case and held that there can be numerous arrangements and agreements between two individuals but not all agreements or arrangements are contracts.

In this case, the plaintiff, Lalman Shulka is the servant of Gauri Datt, the defendant. The nephew of Gauri Datt flees from the house so Gauri Datt orders Lalman Shukla to go and search for his nephew. When the plaintiff was away searching for the defendant’s nephew then the defendant announced that whoever brings back his nephew will be awarded Rs. 501/-. The plaintiff has no information about the announcement and was successful in finding the nephew of the defendant. Later, after the announcement of the reward Rs. 501/- is known to him he wants to claim that amount and files a suit.
The Court dismissed the case and held that the reward can only be claimed when there is a contract between the parties but when the plaintiff had no knowledge of the offer then there is no acceptance of it and when there is no acceptance of an offer then there is no contract between the parties. Moreover, in this case, it was the duty of the plaintiff to bring back the nephew, and hence no reward will be given to him.

In this case, Carbolic Smoke Ball is a company that makes an advertisement for its product ‘Carbolic Smoke Ball’ which states that if any individual uses its product as per the description and still is infected by influenza or cold then they will give Rs. 100/- to them. Then a lady, Carlill starts to use the product as per the description and still catches influenza and thus demands Rs. 100/- from the company and files a suit.

The counter-arguments given by the company was that firstly, the offer given by them is vague as there is no specific time limit. Secondly, there was no intention to enter into a legal obligation with the plaintiff. Thirdly, their offer was not with a particular individual nor any acceptance was communicated by the plaintiff to them. And lastly, there is no consideration.

The Court held that this is not a vague offer but it is a definite offer as the company has itself stated that while using their product if they are infected with any disease then they can claim Rs. 100/-.it further stated than there is no need to communicate the acceptance of the offer it is made to the public at large and if any individual satisfies all the conditions stated wherein. Thus, the performance of the conditions is sufficient acceptance without notification. Held, the plaintiff will be given the reward of Rs. 100/-.

The argument given was that as per Section 64 of the Indian Contract Act, 1872 and Section 65 of the Indian Contract Act, 1872 if any contract is void or voidable then the benefits received by both parties have to restore. Then they relied on Section 41 of the Specific Relief Act, 1963 that stated that is an instrument is cancelled then the court can intervene and ask the party to compensate the benefits received.

The Supreme Court cancelled this contention and stated that Section 64 of the Indian Contract Act, 1872 and Section 65 of the Indian Contract Act, 1872 is not applicable here because it states that there has to be a contract and here there was no contract as one party is minor. By taking into consideration Section 41 of the Specific Relief Act, 1963 the Court held that as Brahmodatt and Kedarnath both knew that the other party is a minor thus, they should not receive any compensation.

The argument given by Ramayya is that the estate received by her is a gift and she has no contract with Chinnaya then she has no obligation to pay.
The Supreme Court held that the gift deed and the annuity agreement are both simultaneous agreements and both can be considered as one transaction and thus, consideration has to be paid by Ramayya to Chinnaya.
Conclusion
Hence, Balfour v. Balfour, Lalman Shukla v. Gauri Datt, Carlill v. Carbolic Smoke Ball, Mohiri Bibee v. Dharmodas Ghosh, Chinnaya v. Ramayya is the most important case laws of the Indian Contract Act, 1872.