An Overview of the Crises

Climate change, a notable driver of displacement, is now, forcing people to move, with the potential to displace about 140 million people by 2050. While climate change continues to shatter lives and livelihoods across the globe, it is still almost invisible to the states and the international community. This crisis surrounds protection, with the majority of the states woefully unprepared to open their borders for persons displaced due to disasters and climate changes [hereinafter “Displaced Persons”]. 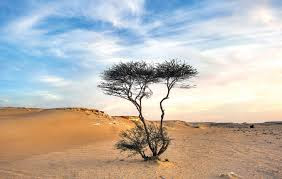 With coronavirus also in the picture, there are some similar denials that accompany climate change; but sadly, there can be no vaccine for climate change. Contrary to the popular belief of the virus putting a halt to human mobility, more people are displaced and fleeing for their survival. In such a situation, there are some serious concerns about decreased access of displaced persons to exercise their basic human rights and seek asylum. What is, hence, required is a system that respects human rights of these displaced persons at the same time as taking care of the well-being of one’s own citizens.

There is also a need to reimagine human mobility in light of such unprecedented circumstances, starting with acknowledging that exclusion is expensive. An inclusive regime will help these people by upholding their human dignity in the face of such a crisis, and help them in restarting their lives. Accordingly, we have obligations towards displaced persons to ensure that they remain safe, inclusive, and are respected under international human rights and refugee laws.

Although, it is argued by the international state and non-state actors that people displaced due to climatic changes or a natural disaster cannot be legally recognized as “climate refugees”, they have therefore been completely excluded from being accorded protection to their human rights. The authors have, through the course of this essay, tried to delve into the aspect of hardships faced by the displaced persons and attempted to provide definite policy suggestions to fill the gaps in the present legal system, for their recognition.

Often conflicted, the recognition accorded to the displaced persons, has for years now, resulted in an absolute disregard of basic human rights by the host countries. Although the Convention and Protocol relating to the Status of Refugees, 1951 (hereinafter “Convention”) provides for the protection of ‘recognised refugees’ by mandating non-penalization for their “illegal” stay or entry (subject to certain exceptions), the conditions that these refugees overall have been exposed to today, are appalling. With consistent advancements in the field of international human rights, the principle of non-discrimination has been materialized for the application of the Convention upon the refugees. The refugees have also been granted the liberty of breaching immigration rules in the pursuit of an asylum. Despite being entitled to such rights, it is to be noted that the implementation of the same has been mischievous by several states now, thereby leading to a blatant disregard of their human rights.

Although, various inter-governmental organizations have attempted to define and grant protection to the people who have been the victims of climate change related displacement, but have remained unsuccessful in introducing an all-inclusive definition for them. Due credit must be accorded to the Nansen initiative, launched in 2012 in collaboration by the governments of Norway and Switzerland, which envisages to tackle the challenges presented as an implication of cross-border displacement due to natural disasters. It has presently gained acceptance worldwide as it aims to supervise and bring under its ambit, the concept of cross border displacement. Although, the only drawback that the Nansen Initiative poses to have is the exclusion of refugees who have been displaced due to climate change, such as a sea level rise.

The debate regarding ‘climate refugees’ must be furthered with a piece-meal approach wherein deliberations are being undertaken to determine the level till which the movement of the refugees could be associated with environmental deterioration. The United Nations’ Human Rights Committee recently, in the case of IoaneTeitiota delivered a landmark judgment, by virtue of which, the protection desperately sought and requested by these climate refugees see a bright future. The Committee, taking into consideration the grievances of Mr. Teitiota, ruled that no refugee displaced due to climatic changes or developments shall be sent back. It propounded that a lack of protection accorded to these refugees point at a serious disregard to their human rights and therein might trigger the non-refoulement obligations of the receiving states. Accordingly, it called for a ‘robust action’ on the part of the international community to ensure that their right to live with dignity does not remain incompatible with the climatic situations in the sending country. This judgment, therefore, has opened a doorway for future claims to rise up thereby guaranteeing protection to these refugees, who stand threatened in lieu of climate change.

Since the world is enduring one of the most complex public health emergencies, which, if goes unchecked, might turn into a humanitarian crisis affecting the displaced people the most. This compounded global challenge that we are facing is so interrelated and demanding, that we need a fix to match its scale. It is unquestionable that this virus tends to be non-discriminatory as it affects everyone; however, displaced persons have an above-average risk of being exposed, both physically and socio-economically. Almost eight months into the outbreak, the imprint is becoming discernable and this pandemic, accordingly, has the potential to revamp the regime regarding international settlement of displaced persons.

This compounding of events, i.e. climate change along with an intensified burden on public health systems, is visible around the world. For instance, in South Africa, the authorities strived to maintain social distancing as floods smothered the informal settlements of displaced persons. Accordingly, the preventive strategies adopted by nations have whiffed between care and control, with an underlining emphasis on care for their own citizens, and control of movement and interaction of displaced persons. Alike, in India, the governmental assistance provided to migrant labourers does not include displaced persons as they are seen as illegal migrants. While the pandemic presents an unprecedented global threat, it does not absolve the states from their responsibility to protect displaced persons.

As per the principle of non-refoulement under international law, states are prohibited from sending back any person to an unsafe foreign territory by either rejecting them at the borders or not admitting them into their territory. The United Nations High Commissioner for Refugees [hereinafter “UNHCR”] in its publication on March 16, 2020 has categorically clarified that under international law, states must continue to respect this principle and put in place adequate measures for health screening or testing of persons seeking international protection. Regardless of this clarification, states are using this virus as an opportunity and have even taken active steps to remove such displaced persons from their territory. For instance, in Norway, the municipality flew 140 people back to their homes in Romania.

Even if some displaced people are not sent back due to humanitarian grounds, they are then put into detention centers. Having escaped a combination of climate change and geopolitical stressors, displaced persons have a heightened risk of facing a regime that is not inclusive to the ones not given the due recognition and legal status. Additionally, these detention centers have appalling conditions, and are swamped due to overcrowding in a crisis. With resources being insufficient to sustain such large populations, their current state is not nearly commensurable to deal with an outbreak. International law specifies that any restrictions of a person’s liberty must be necessary and proportional. Thus, displaced persons should be released from such centers due to the impending danger of them becoming coronavirus hotspots.

Conclusion: Tackling the Conundrum of Recognition and Rights

We need to focus on a long-term strategy for climate adaptation, which should include pandemic preparedness. Displaced people are often left out of disaster and pandemic planning. Correspondingly, the states must ensure that accurate and relevant information in widely known language(s) must reach the marginalized groups too. Further, with the evidence of an economic shutdown during the pandemic, to stay afloat, countries should invest heavily in expansive infrastructure, especially healthcare systems, weather-and-disease forecast systems, and enhance the capacities of existing institutions. Moreover, we must not stigmatize displaced people as it instigates them to hide their symptoms and/or fail to take appropriate treatment, putting their and everyone else’s life at risk. For instance, politicians in Italy have unjustifiably associated the nation’s dire situation to the docking of a ship rescuing some African migrants. Correspondingly, states must ensure that they are personally well-equipped to deal with climate changes or potential disasters, by promoting sustainable management of resources. They must also attempt to eliminate the exposure of these refugees towards a cross-border displacement, by relocating them to a low-risk area by virtue of an anticipation of a disaster.

With the pandemic in picture, the most endangering transgression of the existing protection system has been the closure of resettlement programs on a massive scale. Strikingly, in countries like Kenya and Bangladesh, the governments have put the camps and settlements under a complete lockdown to fight the virus. This lockdown has its own repercussions as it not only restricts the necessary movement of displaced people, but also of the aid workers.
Image Source
Author: Kavya Mathur & Varsha Raman, NLU Jodhpur