We all are aware of the situation that is, build-up of pending cases in the courts in India and to dispose of the cases in a rapid and viable manner, the courts need mechanisms in order to accomplish their duties. It is the duty of the adjudicators and lawyers to collect or accumulate the evidences and statements of witnesses as, witness is the one who is the prime source of evidence in any case. 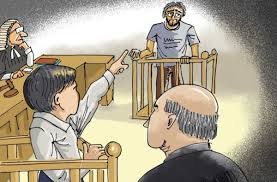 A witness can be one who has knowledge about the matter. Similarly, a child witness is a type of witness and is considered to be the one who is below the age of eighteen years at the time of giving testimony. Any child who fulfils the test of competency can be a witness and there is no such law in India that restricts a child from being a witness to a case.

Section 118 of Indian Evidence Act, 1872 provides for certain conditions to be fulfilled in order to become a competent person to testify. A testimony shall be considered admissible if it fulfils certain conditions, such as;

Competency of a Child Witness-

As already seen above, Section 118 of the Evidence Act considers a child to be a witness. The way that the impression of events and reality differs in age extents and children are especially emotional towards tutoring or having differentiating comprehension of similar events from that of a completely developed, normal individual. This causes certain abhorrences, though any of this has not discouraged courts from admitting children to testify.

In the case of Rameshwar S/o Kalyan Singh v. The State of Rajasthan, the Supreme Court expressed that any child whose testimony is deemed to be admissible can be a witness in the court of law. Nonetheless, the absence of comprehension contains a bearing in assessment of the case, yet just on the credibility and not on the subject of admissibility of the witness.

Now, the question arises that how a child witness may be considered to be grown enough to comprehend the question put forth to him during the trial. To ascertain the answer to such query there is a “Voir Dire” test conducted which means “That which is true”. Taking this particular test, the child witness responds to specific questions which are not at all connected to the matter and such questions are asked to evaluate if the witness is competent enough or not. The account of the child must represent precision, to the extent is definite by a judge. It is ultimately the judge who has to be satisfied with the ability of the child to do so to make sure that he is competent enough to testify. Whenever the court of law is satisfied with the ability of the child the test is supposed to be finished and after this the substantial queries can be put forth to a child witness regarding the matter.

In the case of Himmat Sukhadeo Wahurwagh & Ors vs State of Maharashtra, the Supreme Court observed that in order to become a competent witness, the child must have the ability to differentiate among good and bad. If a fact that is contrary is detectable either during cross examination of the child or maybe otherwise, he may then not be considered as a competent child witness.

Credibility of a Child Witness-

The question of credibility of a child witness has always been very popular at different cases. There are various courts that have talked in favour of this question. Considering the case of Tehal Singh and Ors. vs. State of Punjab, the Supreme Court put due significance on the way that the general comprehension and advancement of a witness as young as 13 years old may be equal to that of a completely rational individual. The court argued that a child of 13 years of age cannot be considered immature in an agrarian economy like India, as children at such age begin to work in farm fields and the informal sector in various regions. In the case of Musst. Jarina Khatun vs State of Assam, it was observed that, the credibility of a child witness is best arbitrated upon in the trial court considering the fact that a judge may have a first and direct communication with the child empowering him to be the best adjudicator of the degree of development and comprehension of the said child.

However, there have been certain circumstances and situations which has led judiciary to take proper caution while evaluating a child witness. The main concern has been the inclination of the child witness to be tutored by some other party who has interest in the matter and which hampers the testimony. Nonetheless, it is always presumed in favour of the witness and the basis on which the testimony gets rejected is upon the receipt of any evidence to prove such tutoring. In another case of Mangoo & Anr. v. State of Madhya Pradesh, the court observed that there was consistently a chance to tutor the child, but this cannot be treated as a sole reason to draw a conclusion that the child witness must have been guided. It is upon the court to decide that whether the child has been tutored or not.

From the above analysis, it could be said that a child witness is also a witness, just like any other witness. In the same way, the court of law have consistently reaffirmed that child witness testimonies are likewise legitimate evidence and is admissible. Though the thing that the child truly and properly comprehends the duty to speak the truth and sound comprehend of the questions put to him, must be taken into consideration. It is upon the judge to note whether a child is qualified from being a witness or not and the competency of a child being a witness may be deemed with the help of the “Voir Dire” test. The validity of such evidence increments with corroboration and should in any case likewise be depended upon with due caution. According to the standards of the voir dire test, a judge must discover and check the competency of the child to affirm in the court. The thing which should be taken care of is that the child of such young and tender age must be managed with due care, protection and sensitivity.