Biological diversity comprises the assortment of all life existing on the earth. It signifies the variability between living organisms from all sources and the ecological complexes of which they are part and includes diversity within species or between species and eco-systems. It is also a preliminary for traditional and modern medicines, a source of food, provides raw materials for trade and business, etc. 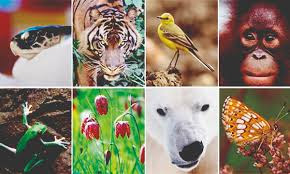 Therefore, the loss of biodiversity would create negative impacts on the lives of every living organisms existing on the earth. According to the International Union for Conservation of Nature (IUCN), 17,291 species out of 47,677, are threatened with extinction. India is one of the 17 mega diverse countries of the world with only 2.5% of the land area and it accounts for 7.8% of the global recorded species. However, the country has experienced threats and semi-destruction of its biodiversity due to rising population, exploitation of its natural resources, habitat loss, pollution and so on.

WHAT IS THE BIOLOGICAL DIVERSITY ACT?

On June 5, 1992, India signed the United Nations Convention on Biological Diversity (CBD) held at Rio De Janeiro in the year of 1992. Following this a decade later the Biological Diversity Act, 2002 was enacted by the Indian Government to regulate the access and utilization of its biological resources. The first endeavour to bring biodiversity into the Indian legal framework was made by the means of the Biodiversity Bill, 2000. The Act was passed by the Lok Sabha (Lower House) on December 2, 2002, and by the Rajya Sabha (Upper House) on December 11, 2002. It received the Presidential assent on February 5, 2003. It extends to the whole of India. However, the Act came into force entirely on the year 2004. This Act comprehensively goes ahead to conserve and protect the biodiversity, maintain the use of biological resources, and equity in the distribution of its resources and profits arising from it.

PURPOSE OF THE ACT:

The Biological Diversity Act purposes to promote conservation, maintainable utilization, and reasonable sharing of profits of India’s biodiversity resources comprising habitats, domesticated stocks, and breeds of animals, and micro-organisms. This Act is a significant step in the endeavours to proclaim the sovereign privileges of the citizens of India over their genetic and biological resources, and to claim a share of profits flowing from commercial use of these resources including the utilization of any related information of the Indian origin, regardless of whether it be in the public dominion or held as a fraction of an oral custom. The principle intension behind enacting the Biological Diversity Act was to conserve Indian biological diversity, manage access to Indian biological resources, ensure reasonable profit sharing emerging from the use of those resources, and also to constitute a framework of different governing bodies. Additionally, the Act restores the protection and respect of the knowledge of local community’s traditional knowledge associated to biological diversity and to preserve and develop regions of significance from the viewpoint of biological diversity by proclaiming them biological diversity heritage sites.

PROVISIONS OF THE ACT:

LIMITATIONS OF THE ACT:

Along with numerous affirmative features, this vital Act, which is the foundation of the biodiversity governance in the nation, particularly on the fasciae of sustainability and parity. However, the Act experiences severe vagueness in its administrative and penal methods regardless of being existing for nearly ten years. what is regulated and who are obligated to share benefits under the Act are the two fundamental uncertainties in this Acts administrative method. These two concerns have been brought in front of several adjudicative discussions by the client organizations who have confronted the legitimacy of the show-cause notifications issued to them by different State Biodiversity Boards. For instance, in late 2013 and early 2014, nearly 13 petitions were filed before the Central Zone Bench of National Green Tribunal (NGT) by several enterprises against the show-cause notifications issued to them by the Madhya Pradesh SBB. Another significant issue with this Act is the lack of provisions to deal with the criminal procedures for search, capture, or arrest. The Biological Diversity Act only has a provision that proclaims that all offences under this Act are cognizable and non-bailable according to Section 58 of the Act. It implies that the police can arrest anybody without an arrest warrant and the grant of bail is not an issue of right however, an issue of discretion of the court. Further, Section 61 of this Act makes it very difficult to efficiently deal with the wrongdoings under the Act. This provision mandates that no Court can take perceptions of any wrongdoings apart from a complaint made by the authorized officers. Section 61 of the Biological Diversity Act efficiently constrains the authority of a Magistrate to take cognizance of the wrongdoings through only complaints. This provision creates further vagueness on the method of taking cognizance of wrongdoing which is investigated by the police.

India has made a legal approach and structure in regards to biodiversity which empowers the nation to address some essential issues regarding the protection of biodiversity. The Biological Diversity Act was an impressive endeavour to protect the rich biological diversity of India. The conservation of biodiversity is a grave and collective concern of human beings for better living. However, the lack of a well-defined or clear law is propelling a contest of strength between consumers of the biological resources and governing bodies. It is presently a high time for the judiciary to step in to develop legislation on justifiable and reasonable governance of the biodiversity while protecting the principles of the constitution against arbitrary search, and arrest. Furthermore, the definition of biodiversity has to be widened to stop any sort of exploitation as it doesn’t offer a comprehensive context for the conservation and reasonable use of biological and genetic resources.