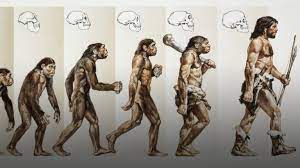 “The most sacred laws of justice are the laws which guard the life and person of our neighbor.”

In a time shrouded by liberalism, of unified equitable growth and development, where individuality is upheld in the sense of collective good, for some the very right to be alive appears to be a tough ask. While we exhibit freedom of speech and expression in social media, using a multitude of hashtags ranging from #me_too to #proud_to_be_gay, there are those who are denied their basic ‘Right to Life’. Every Indian female, as I will elaborate, whether a foetus or deceased, isn’t guaranteed the right to live with dignity as our Constitution provides for inArticle 21. Under the Universal Declaration of Human Rights, Article 3 provides for right to life while Article 5 prohibits subjection to cruel, inhuman or degrading treatment. Article 6 of the International Covenant on Civil and Political Rightsstates that every human being has the inherent right to life. So what about us, the female demographic of the Indian population, are we not humans? I, myself know how fortunate I am to be alive and kicking. Who knows how long this will last? Does it really matter? We talk about the right to choose our religion, gender, sexual orientation etc. But can we control our lives without falling prey to someone’s whimsy? Perhaps a jilted lover or a family member in search of an illusory sense of honour. Each stage of a girl’s life, in India, is akin to levels of video games.

Just to be born is a matter of great luck because the extent of female foeticide till this day is shocking. Notwithstanding the legislations to prevent prenatal sex determination,sex-selective abortion, the practice runs havoc  resulting in a skewed sex-ratio.The desire for a male child has not only given rise to sex-selective abortions but even in extreme cases the inhumane treatment of the mother-to-be! Forceful hormonal treatments and multiple abortions are commonplace.

Even if by some stroke of luck we are born, there is no respite at bay. Instances of female children being disposed of are nothing out of the ordinary. From drowning in milk to being thrown into wells, this doesn’t bode well for the safety of the aforementioned demographic now does it? Infanticide of newborn girls was systematic amongst feudatory Rajputs. The practice of female infanticide was also common among the Kutch, Kehtri, Nagar, Bengal, Miazed, Kalowries in India inhabitants, and also among the Sindh in British India. The practice of killing female infants existed among the Jadejas of Kutch and Kathiawar, Rathore Rajputs of Rajasthan, Rajkumars of Uttar Pradesh and Bengal, Mewatis, a sect of Muslims, whose ancestors were Hindus and among the Lewa Kanbis of Mahikantha in Gujarat. ‘Kar’ada inhabitants chiefly of the Konkan region also practised female infanticide.

Very recently,a newborn baby was found dumped in a Mumbai drain. In West Bengal a new-born baby was suffocated to deathand to add fuel to fire, this method is apparently gaining momentum. Even the vulnerable Google auto-complete throws up the phrase “female infanticide” when you just type infanticide; even the algorithm knows what to associate with. That says enough.

As if just the threat to life was not enough, even the dignity of infants is under threat. Rape cases of three month old babies have become a fact and not fiction.The children are most unsafe in their homes. As per NCRB data, 3,189 minors were raped by known persons.From their own father,brother,grandfather, uncle, cousin or someone else close to the family, a neighbour, theprivate tutor, ateacher at school, apriest or someone random, everyone is a potential predator! Minors are sold in lieu of money and forced into prostitution, whereby they face torture and humiliation.

If we are lucky and have a family that doesn’t similize us with chattel, provides for education, healthcare, our safety is still not ensured. Jilted lovers or other such avengers holding a grudge for some reason prompt numerous cases ofacid attacks.Then there exist people who are incited by our dressing sense or the way we walk or perhaps just the way we breathe. Cases of sexual abuse, even in cyberspace, andrape are a dozen a dime in India.

“Raped and brutally murdered” has been a trending headline for a while now. Be it achild or adoctor, everyone somehow manages to incite or excite men into committing such crimes.

Moving on to the next level, the great game of patriarchy aka marriage! We get married (if we don’t that’s a whole another story of societal ridicule), whether willingly or forcefully doesn’t really matter, I mean who cares for our opinion either way? We are still unsafe. Apart from the lurking eyes on the street, even the house we marry into can turn into a danger zone more often than not. Even after years of the legislation being enacted, cases of reported dowry deaths are quite high.Demand for dowry results in domestic violence and ultimately death of women by the hands of the husband or in-laws or in some cases suicide. A woman was found hanging in her South Kolkata residence with a note on her palm stating the hassle for dowry to be the cause. Such cases are not limited to the poor. The elites are here too. A recent case in Kolkata was evidence of the same where a25 year old woman was pushed to the brink of death due to torture. Marital rape has always been an issue but only  recently recognised as such.Incidences that are not reported are more common in cases of domestic violence, marital rape, etc.

Sexual abuse of varying degrees is faced by women in their workplaces, even in transit which are hunting grounds for sexual deviants.

I’m not even going to address the issue of emotional abuse we face either regarding our attire, speech, the company we keep, childbirth, maintaining a work-life balance, or choosing career over marriage. Rather let’s see how even after crossing so many stages of life and to reach old age we still remainunsafe.

It is beyond my understanding how a menatally unstable senior citizen, or a septuagenarian nun , or apatientcould incite rape.

Just when we think this is the end, it’s not. Our suffering doesn’t cease even in death. Our life might have ended but our dignity might still be robbed off us. Article 21 of the Indian Constitution recognises under its ambit that the right of fair treatment and dignity extends to the dead as well. This was held in many cases like Parmanand Katara v Union of India [(1995) 3 SCC 248], Ashray Adhikar Abhiyan v Union of India [(2002) 2 SCC 27], and Ramji Singh and Mujeeb Bhai v State of U.P. & Ors [(2009) 5 Alj 376].It was also  reiterated by the National Human Rights Commission in an advisory published. But still corpses are being sexually violated,after murdering the woman, or in morgues, or after being dug out from graves.

While there are cases where males suffer from many such similar issues, the magnitude of cases is far less. If one half of the population as per societal constructs itself is treated as being beneath animals, there really is not much hope for acceptance of other gender identities.

As I stated in the beginning of this article, an Indian female strives for their dignity as a mere human from before birth till after death. The causes are evidently interlinked pointing towards heteronormativity, misogyny, and patriarchy. This adversely affects the self-esteem and morale of the women, who subsequently do not wish to have daughters to relieve them of the same feat. There is a need for a strong change in the laws and social customs to improve the status of women but it can happen only when men, women, and others stand and fight against minority oppression. Don’t put us on pedestals. Don’t worship us. Just let us be.