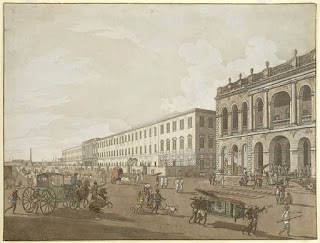 INTRODUCTION: On December 31st, 1599, a corporation was formed under Queen Elizabeth’s charter to offer British citizens exclusive commercial rights throughout Asia and America. The entire name was “The Governor and Company of Merchants of London trading into the East.” On May 31st, 1609. under the reign of James I of England, a new charter was issued that guaranteed the company perpetual existence subject to the Crown’s general ability to cancel it on three years’ notice if the indigenous people were harmed.

When the British arrived in India, the country’s legal system switched from Islamic law to civil law. These laws were designed to promote the interests of the English. Changes in the legal system were necessitated by the growth of the Indian population in these settlements throughout time. Despite this, the legal system in the presidential towns was still heavily affected by English law.

HISTORY:Most notable of the early Charter was given on April 3, 1661, by Charles II. It gave each factory’s Governor (President) and Council the authority to rule under the laws of England on all individuals, whether they were members of the company or not.  A separate legal system was also established for the Company’s territories. In 1661, the Charter originally meant for Surat, became effective in Madras as well. As governor, the Company’s Agent was in charge of this. The island of Bombay was entrusted to the Company in 1668 when Alfonsus VI of Portugal gave the island to Charles II as a present for the marriage of his sister, Catherine, to the English monarch.

During this period, Bombay was a small, poor town. From governance to legislation to the administration of justice, Charles II all power and privilege to the company in 1668. The Governor and Council of Madras created a High Court of Judicature in March 1678 and ruled that all civil and criminal cases would be heard by a jury of 12 men. The Supreme Court of Judicature examines and decides on all other cases and appeals. Consequently, the city of Madras formed a judicial system. In 1683, Charles II granted a charter allowing the company to set up one or more courts. A ‘civil law expert’ and two Company-appointed merchants were to form the court. As a judge-advocate, Sir John Biggs was appointed in 1687. Governor and council relinquished their judicial authority after this. The Admiralty Court was renamed as the general court in Madras. Sir Biggs was succeeded by John Dolbon in 1692, but he was dismissed from office in 1694 after allegations of corruption surfaced. The next was William Fraser, a civil servant.

MAIN PROVISIONS:The British – founded presidencies of Madras, Bombay, and Calcutta served as early seats of authority in India. Before 1726, each town has its own legal system.

Madras Stage – I (1639 – 1665): In Madras, white and black towns were inhabited by Europeans and Indians, respectively.

White Town’s Judicial Administration:Prior to 1665, Madras’ judicial administration was handled by an agent and council in minor civil and criminal matters, with serious criminal trials being referred to the United Kingdom. Telecommunications were poor, and court administration was sluggish and time-consuming. There is just one case of an Englishman being prosecuted under the Anti-National Act.

Judicial Administration in Black Town:The traditional system of Adigar (Village Head) and his council in the choultry Court was retained for petty civil and criminal cases. The local king punished anybody who committed a serious crime. Kanappa, an untrustworthy Adigar, was later replaced by Captain Martin and John Leigh, two company officials.

Charter of 1661:In 1661, Charles – II issued a charter that gave the Judicial Administration a huge amount of power. In the 1600 charter, only company servants’ cases could be considered; however, under this, the council could assess and adjudicate any matters of persons regardless of whether they were company workers. Thus, the Agent and Council were renamed Governor and Council, while the Indians were also brought by the Governor and Council’s command. Traditional Indian customs, usages, and laws were codified into the new charter. It was clear that the English were gaining influence in India. They were given the authority to judge on all civil and criminal cases and to condemn anybody to death if necessary.

Madras Stage II (1665 – 1683):The corporation was given additional power, making it a marked improvement over the previous stage. Madras was promoted to a presidency, and the agent and council were elevated to governor and council.

White Town:The governor and council formed the High Court of Judicature, which, with the help of a jury, resolved all civil and criminal cases. Additionally, it was responsible for hearing appeals from the choultry court. It met twice a week to resolve disputes as per British law.  This stage was an improvement, but there was no system in place to deal with serious offences.

Black Town:In comparison to the first stage, the administration of Black Town improved. Two judges have been raised to three, with two of them expected to sit in court twice a week. They were empowered to hear minor civil and criminal cases up to the length of 50 pagodas, and the Choultry court was empowered to submit cases to the high court of judicature.

The King Charles II charter of 1683, which forbade many independent entrepreneurs from participating in illegal economic operations, was a crucial part of the second stage. For the first time in India’s legislative history, a court of admiralty was founded and a panel of legal experts was nominated as its judges.

Madras Stage III (1686 – 1726):The Admiralty Court and the Mayor Court were established by the British Crown’s charters of 1683 and 1686. The Mayor’s Court was formed by the corporation, not the British government, in 1687.

Individuals inside the company’s charter bounds were to be brought before the Court of Admiralty for a ruling. The Court also had to deal with ship confiscation, robbery, infiltration, damage, and wrongdoings according to equality, justice, and good conscience.

The British monarch reaffirmed the 1683 charter’s provisions in an April 1686 charter. However, the 1686 charter amended some provisions of the previous charter pertaining to the admiralty court.

Bombay Stage I (1670 – 1684):Gerald Aungein was Governor of Surat Factory and ex-officio Governor of Bombay. He was primarily concerned with developing a competent legal system in Bombay. Owing to his efforts, the court designs of 1670 and 1672 were enacted, improving Bombay’s judicial system.

Judicial Plan of 1670:This divided Bombay into two parts: Bombay, Mazagoan, and Gingoan on one side, and Mahim, Parel, Soin, and Worly on another. Every division had its own court that had five justices and handles small theft cases and civil cases. Appellate jurisdiction lies with the Deputy Governor of Council.

Judicial plan of 1672:It paved the way for Bombay’s whole judicial system. The court of judicature was formed to hear and judge all civil, criminal, probate, and testamentary cases. George Wilcox was appointed as its chief.  The court planned to hear civil matters once a week. A court of conceive was also formed to handle minor civil disputes up to twenty xeraphias.

This design divided Bombay into four sections: Bombay, Mahim, Mazagaon, and Sion. Each division was to nominate a British national judge of the peace. They were to act as committing magistrates, detaining the accused and interrogating witnesses before reporting to the court of judicature, which met once a month to hear criminal cases with a jury.

Bombay Stage II (1684 – 1690):In 1684, the corporation rushed to build a formal legal system in Bombay. Following the 1683 charter, the company established a court of Admiralty in Bombay after Keingwin’s revolt in 1684. Originally created to hear maritime disputes, the court now hears civil and criminal matters. Dr. St. John was appointed judge-advocate who was a civil law expert. The admiralty’s power did not encompass all civil issues. Hence, Dr. John established a court of judicature and was designated its Chief Justice. This judicial independence upset the Bombay council and Governor.

Dr. John slammed a new court, presided upon by Voux, that handled both civil and criminal cases. Dr. John and the council were once again at odds. In 1687, he was finally ousted from his position. Upon his dismissal, the Deputy Governor of Bombay became a judge of the Admiralty Court. As a judge of the admiralty court from 1685 to 1690, Voux had a long and distinguished career. During the Moghul Emperor’s invasion of Bombay, the city’s legal system was abolished. There was no court in Bombay between 1690 and 1718, and the Governor-in-Council ruled on all cases.

The court was scheduled to convene once a week. All civil, criminal, and testamentary cases were to be decided by the court of judicature. Additionally, it was endowed with probate and administrative authority. It was to determine the cases following the principle of equity, justice, and good conscience.

Upon the granting of Zaminadari privileges to Calcutta, Sutanati, and Govindpuri in 1698 the company was elevated to the rank of zamindars and was authorised to wield all of the zamindar’s powers. The company also gained judicial authority. The corporation selected an English official, known as a collector, to serve as zamindar in 1700. He was a member of the governor’s and council’s executive committees in the past. In the past, the collector ruled on civil disputes in a streamlined fashion. The appeals from the collector’s court were heard by the Governor and council.  The council also handles minor civil issues involving the English people. Later, Revenue and criminal issues were handled by collectors that handed out whipping penalties, jail, and time working on the road as punishment for these types of offences.

The judicial systems persisted in all three presidencies until 1727 when the mayor’s court was founded according to the 1726 charter, and this judicial system was superseded by a new one.

It may be claimed that the execution of justice in the East India Company’s settlements, before 1726, was mostly executive. There was no division of powers between the government and judiciary, and the president had absolute authority to nominate and remove judges. As a result, the judiciary was subject to the executive branch. This post was maintained in the company’s settlements in Surat, Madras, Bombay, and Calcutta. Judges were well-known professionals who lacked appropriate legal understanding. The company established a consistent legal system in the three Presidency towns of Bombay, Madras, and Calcutta only through the 1726 charter.