WHAT IS GENDER DESCRIMINATION? 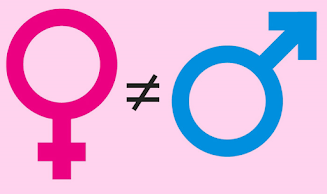 Men and women both play a very prime role in the formation, progress and growth of a society. But even after that, the grapple for equality has been an extensive concern for women in India. The birth of a boy child is being celebrated and enjoyed, while on the other hand till today in many parts of India the birth of a girl child is not welcomed. It is to be considered as a disgrace. Boys are taught, to be strong and affable but girls are taught to be housebound and reserved. All these disparities are gender disparities, which are created by the society. India is one of those countries where male dominance still persist and where the women is often seen as subservient and lower to men. Although, India is getting out of the male – controlled culture, inequality is still prevalent in many rural and urban areas. However the Constitution of the independent India pledges equality for men and women, yet the gender inequalities persists.

Gender inequality has greatly affected the population of India. As per the statistics of the General Office for Population Family Planning, “due to the gender- based discrimination, the number of new- born boys and girls is unequal.” There are still many families that hope to have a son child, which really creates an imbalance between the genders. According to the report of Ministry of Public Health, it is evaluated that; “despite the attempts to reduce the fluctuations between the birth of boys and girls, in 2020 there will be 4.3 million men more than women which might have huge repercussions”.

Gender discrimination in the field of employment can be very well seen in the labor force participation of women. The labor force participation of women fell to 26% in 2018 from 36.7% in 2005 against 76.16% for males. Women association in experienced, directorial and government administrative positions has enlarged only to a lesser extent. Women or females are generally typecast in different advertisements like that of perfume, tumble- dryer, kitchenware, soaps, cosmetic products etc.

“Women continue to remain in the shadows of men in Indian politics.”

Gender inequality is very well observed in the political engagement of women in India. The participation of women in Indian politics is not very magnificent. Women politicians are comparatively less in India. During the Parliamentary general elections of 2014, women turnout was 65.63% as compared to 67.09% turnout of men.

CAUSES OF GENDER DISCRIMINATION IN INDIA

Accomplishing equality between the sexes is not at all an easy job in India. From ages, a girl child is considered to be a liability and a burden on the family. Prejudice against women starts even before her birth. The atrocious acts of female abortion and feticide prove how bloodthirsty society could be to women.

Even though the Constitution of India protects and provides equal rights to men and women and provides equal measures to enhance the position of women in society, yet there are many women who are not able to enjoy the rights which are pledged to them. The major causes of gender discrimination are:

1. ILLITERACY
There are roughly 960 million uneducated adults; out of which 2/3 are women. Lack of education of the girls has been a major cause of gender discrimination. The female literacy rate differs from 35% in Bihar to 88% in Kerala. States like Rajasthan, Assam, Bihar, the female literacy rate is below than 50%. Growth towards the education by the girls is very sedate. The participation of girls in education is below 50%. It contributes to poor health conditions, lower living status, increase in number of crimes.

3. SOCIETAL NORMS, RULES AND CUSTOMS
Women are trapped in the societal norms, its rules and customs. The orthodox traditional patriarchal family system has always constricted the role of women mostly to the domestic world. Men are given the responsibility to provide and safeguard the family while women are recognized to take care of the family and its need. In Indian society, from ages men have dominated women who lead to their lower status in the family and in the society.
Liking for a boy child and the disliking for a girl child can been seen in many parts of India. Sons are considered to be profit- making, economic and ceremonial asset whereas daughters are contemplated to be a burden, a kind of liability on the family. This conservative thinking of the society is still prevalent in this modern era, leading to ‘testing the gender of the fetuses’ and termination of pregnancy in an illegal way. Mindset like, teaching the kitchen work to the girl child is more important as compared to sending her to the school is horrible; but unfortunately it still persist in our society. Many families feel that sending a girl child to the school is a redundant economic burden as later on in life she will be married and will be given to another family. This pessimistic thinking of parents and society is the cause of gender disparity in India.

4. LACK OF AWARENESS
Lack of awareness among the genders, especially women; for their rights and opportunities is still there in India. Because of their unawareness women accept to tolerate the violence and trauma of the family.

SCHEMES LAUNCHED BY THE GOVERNMENT

Schemes such as:
· “Beti Bachao, Beti Padhao”
· “Kasturba Gandhi Balika Vidyalaya”
· “Mother and Child Tracking System”
· “The Indira Gandhi Matritva Sahyog Yojana”
Were launched to reduce gender inequality in India. Many associations and organizations are working to reduce this menace. These associations include: “All India Democratic Women’s Association”, “National Commission for Women”, “Ministry of Women and Child Development”.

Unfortunately the problem of gender discrimination is still prevailing in many areas of India. Despite all the efforts and provisions taken by the government, the gender equality and parity is something which we are still not able to achieve. Each and every person should get proper education so that they can get aware of their rights. Education is the only key through which people will get to know about the discrimination that is still persistent in our society.
Image Credits
This blog is authored by Anuja Saklani