Mental Health refers to a person’s condition with regard to their psychological and emotional well-being. However, in India, the concept of mental health is still evolving. The laws in India are adopted or derived from the British System where the earlier concept of mental illness was concerned with the protection of society from the persons with mental illness. However, with the evolution of law and society, the concerns of mental health are being recognized. 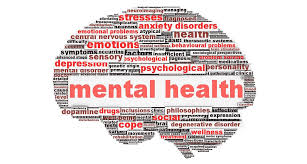 Mental health Disorders are among the leading cases of non-fatal disease burden in India where 197.3million people had mental disorders in India (2017)[i]. However, the most common and unnoticed mental health disorder is depression, in 2017 there were 33.8% cases of depression and these cases often lead to suicide. According to the American Psychiatric Association, depression is a common and serious medical illness that negatively effects a person’s mind and unfortunately, in India, people have lack of knowledge on depression and often ignore the symptoms.
There are various legislations in India which recognize mental illness but none of them describe the consequences of depression on a person or his rights in depression. Recent cases show an increase in depression specially among youths. Subsequent to the taking over of Indian administration by the British Crown in 1858, a number of laws were enacted, such as The Lunacy Act which led to the formation of management of the mentally ill.[ii] During the first decade of the 20th century, public awareness about the pitiable conditions of mental hospitals accentuated as a part of the growing political awareness and nationalistic views spearheaded by the Indian intelligentsia. [iii]Hence, the Indian Lunacy Act, 1912 was enacted which gave a regulated reform for psychiatry in India. In August 2016, the 16th Lok Sabha with the 134th Amendment Act , amended the Mental Healthcare Act, 1987 since India ratified the United Nations Convention on Rights of Persons with Disabilities.

International Perspective on Depression as a Health Disorder

World Mental Health Day was initiated by the World Federation for Mental Health in 1992 which was adopted by many countries to promote mental health. In 2012, World Health Organization organized a summit on depression in order to highlight that it is a significant contributor to the global burden of disease and affects people in all communities across the world.[iv] It has been recognized by the WHO that depression is the leading cause of disability in males and females, wherein the burden of depression is 50% higher for females than males. This is a disorder which is common in high, middle- and low-income countries. Mental Health is also included in the United Nations Sustainable Development Goals in order to promote mental health and well-being around the world.

International Factsheet of Depression as a World Disorder

In 2007, an international household survey of approximately 80,000 people of 17 countries talked about the unmet needs of mental health especially in under-developed countries. A study of Latin American countries found a significant treatment gap for depression in the elderly. This study, in Peru, Mexico and Venezuela, found that most participants with symptoms had never received treatment.[v] Depression is overshadowed by other problems in the society and the lack of education leads to ignorance of the same till the consequences get worst. Further, it has social, political, and economic consequences on the nations. For example, depression leads to depreciation of productivity in work or unemployment which affects the country at large and unemployment is strongly associated with suicide.[vi]

According to the study conducted by National Institute of Mental Health and Neurosciences, 1 in 20 people are suffering from depression. However, depression is misunderstood in developing countries like India and due to this the new Mental Health Care Act, 2017 is widely criticized. [vii] There is some degree of lacuna in the Act: Firstly, it only recognizes mental illness as clinical issue which can be treated by medical procedure but fails to promote mental well-being. Secondly, no clear procedure is provided for the type of treatment that is to be followed. Further, there is lack of awareness among people that insurance schemes cover the expense of mental health disorders like depression. According to the World Happiness Index, India is ranked at 144 amongst 156 nations whereas Finland is at first. A major cause of depression is the ignorance towards depression, due to lack of education and awareness people tend to ignore the symptoms of depression or bully people with depression.

Depression is a major cause of suicide which makes it important to recognize it as a form of mental disability and protect the rights of the people. Right to live with dignity, right to privacy of the depressed person from his/her medical information getting leaked, right to receiving services appropriate for the age and culture of the person, right against discrimination of treatment, etc are some examples of the rights that should be guaranteed to the person with depression.

Unlike other international problems, a solution for depression is at hand. Efficacious and cost-effective treatments are available to improve the health and the lives of the millions of people around the world suffering from depression. Primary treatment should be provided in primary care which would enable a large number of population to get easier and faster access to services and psychological treatment should be made ‘normal’ in India. Further, national policies, programs and legislations must be introduced and positive involvement of community, family and consumers should be encouraged. However, education of people by awareness campaigns on mental health is the most fruitful way to eradicate or prevent depression.

12 thoughts on “The Lacuna in Law: Indian Legal Scenario on Depression”