“In 1991 the Madras High Court, on the petition of K Thiagarajan, struck down the order of the commissioner of police, banning public meetings for 15 days. The court observed- merely under a pretext or assumption that there would be a breach of peace or a law and order problem would be created, summary rejection of an application for the conduct of a meeting could not be permitted.”[i] 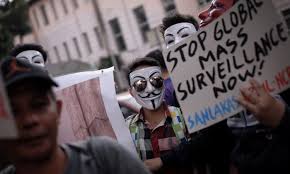 Public protests form a fundamental feature of a free democracy which demands that people’s dissent towards the government’s actions or policy decisions be heard. Primarily the purpose of right to association is political, to challenge government decisions and in certain cases to also peacefully and legally aim to recall the government. This right is open to all citizens of our country, be it students or political parties, to object to acts done by the government via public gatherings, demonstrations, protests, and agitations.

Article 326 read with 19(1) (b) of the Constitution of India, clearly implies the intent of the drafters to subject the government to accountability so as to render any peaceful public protest challenging government’s actions constitutional and any restraint to this, in most cases s.144 of CrPC, will show early signs of a deteriorating democracy.

“S. 144 […] direct any person to abstain from a certain act or to take certain order with respect to certain property in his possession or under his management, if such Magistrate considers that such direction is likely to prevent, or tends to prevent, obstruction, annoyance or injury to any person lawfully employed, or danger to human life, health or safety, or a disturbance of the public tranquility, or a riot, of an affray”[ii]

While article 19(2) gives the state the power to impose “reasonable restrictions” on this, it was in Ramlila Maidan Incident v Home Secretary, Union of India & Ors[iii] that the Supreme Court held “Citizens have a fundamental right to assembly and peaceful protest which cannot be taken away by an arbitrary executive or legislative action.”

India’s security laws aren’t only restricted to National Security Act (NSA) but also include Prevention of Terrorism Act (POTA), Unlawful Activities Prevention Act (UAPA), etc. These laws garner police with excessive power to detain pre-emptively which go against the due process established by law. The onus is hence placed on the accused to clear their name, a stance which goes against the very principles of natural justice. By the nature of these laws, they act as preventive detention however those which attack intentions beliefs and thoughts, that a person may or may not have acted on.

NSA specifically was established in 1980 and is also known by the phrase “no vakil, no appeal, no daleel”, meaning there is no lawyer, no appeal and no arguments. The law empowers the government with the unjust authority to detain for 10 days without furnishing them with the reason for such detention, which goes against a. 22(1), and for a maximum time of one year. If there is cause for unrest then the government can choose not to make public information related to detention and to supplement it, the detained person is also not allowed to consult a lawyer; NSA is a draconian law, a weapon in the hands of the state against Fundamental Rights of citizens.[iv]

The maximum period of detention can be revoked to extend indefinitely beyond 12 months as well. The authority to detain is given full under the garb of assuming that said person acted in ‘good faith’. It was in Licil Antony v State of Kerala[v] the Supreme Court established the rule of proximate and live link. According to the rule there must be a consonance between the purpose of detention and the criterion of the detention. By usage of this rule the Court ensures that this link is maintained to keep the detention “legitimate”. The court recognizes that such detention needs to occur on sound logic and not arbitrary misuse of power.

A gross miscarriage of justice took place in the case of Shri Pawan Kharetilal Arora v Shri Ramrao Wagh[vi], wherein the detainee was detained for nine months. Even after acknowledgement from the Bombay High Court that said detention was “a serious mistake” which shook the foundation of principles of natural justice, and absolved the wrongdoers of all responsibility on the assumption of them having acted in ‘good faith’.
Supreme Court in Shibban Lal v State of Uttar Pradesh[vii] evaded form its duty to inquire into the grounds of detention and declared itself incompetent, in a sudden and obtuse reiteration of Separation of Powers. “[…] the matter is essentially political and…is the concern of statesman…and not judiciary’. The Supreme Court has time and again warned that the judges must observe judicial restraint and must not ordinarily encroach into the domain of legislature or the executives.”[viii]

The practice of preventive detentions is an anathema to democratic principles and rule of law.[ix] The ease by which power can be misused indefinitely by the law enforcement and enforced by the state without any Court intervention is the epitome red flag of a deteriorating democracy impaired by not having the stomach for dissent. NSA being just one among the many National Security Acts that have recently emerged to frequent use, what does this entail for our Indian legal system? There is unmonitored power in the hands of the legislature, something that our Constitutions stands against as all the pillars ideally should be on equal footing. This legal unconstitutionality poses a rea threat to the Constitution and to the citizen’s Fundamental Rights. In an attempt to further transparency and eradicate these draconian practices, there needs to be a reassessment of existing laws.

“In a later case, the high court imposed conditions. The prior conditions related to the content of the speeches which was a form of pre-censorship. This order was clearly wrong. All of which goes to show that there is misconception on the ambit and significance of the right to assemble and its intimate relationship to the right to free speech. The Supreme Court alone can remove the misconception. One hopes it will do so before long and in the clearest terms for all to read and understand.”[x]