The Due Process model is followed in our country which is inverse of the wrongdoing control model, in which the police and court of law play a functioning part in solving the truth of the claims raised. In the Due Process Model, the burden of proof is on the parties of the case. That is the reason the Indian Evidence is significant for our nation and it is imperative to have guidelines for the accommodation of evidence. The Indian Evidence Act deals with two significant aspects that are, evidence and admissibility. Though admissibility has not been defined, yet it depends on the factor of relevancy which is based on certain sections like Section 5 of the Indian Evidence Act. Logical relevancy is more extensive than legal relevancy but that does not mean that all logically relevant facts are legally relevant. Such as, any confession made to a police officer may appear to be logically relevant, but such a confession is not legally relevant as per Section 25 of the Act. 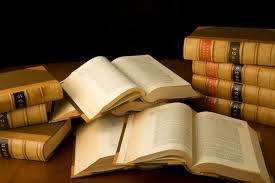 Section 5 to Section 55 of the Indian Evidence Act deals with the relevancy of the facts. The main issue arises when it comes to deciding which fact is legally relevant and which is logically relevant. Since a fact which may be logically relevant to any specific case but it is not possible that it will also be legally admissible in the court of law. Therefore, all the evidence that needs to be produced before the court of law needs to clear two obstacles. Ram Bihari Yadav v. State of Bihar is a case which causes us to comprehend the idea of clearing the two obstacles and the differentiation between relevancy and admissibility.

The Supreme Court in this matter noted the two terms admissibility and relevancy are used reciprocally with one another in most of the cases, however, their legal implications are altogether different in light of the fact that often relevant facts, for example, correspondence between the spouses in a marriage is relevant but not legally admissible in the court of law.

Logical facts are very significant with the end goal of solving a case as they appear to be logically associated with the issue. Certain sections which are significant in this regard are: Section 24 of the Indian Evidence Act talks about confession caused because of danger, inducement, or promise, when irrelevant in a case. As confession is a significant piece of evidence so it is necessary to examine whether the said confession has been made out of his/her wish or not.

Section 25 of the Indian Evidence Act provides for the confession made to a police officer not to be proved. The reason behind not accepting such confession is that the evidence is viewed to be dishonest or untrustworthy.
Section 52 of the Indian Evidence Act deals with the prior conduct and character of the accused which is irrelevant. The primary example under this section can be the rape cases where the defence lawyer largely attempts to accuse the victim by scrutinizing the victim’s character. Such conduct might appear logically relevant in the starting but it is not legally admissible in the court of law. However, under Section 53, the previous good character becomes relevant in criminal cases.

Earlier it was seen where logically relevant facts were not legally relevant. Here the sections below discuss the facts which are legally relevant but not logically relevant. Section 146 of the Indian Evidence Act plays an important role here as it talks about the questions lawful in the cross-examinations of the witness. This is logically not relevant because while conducting the cross-examination the witness might be under some tension, pressure or nervousness and so might acknowledge all the allegations put upon him by the opponent’s advocate and this might destabilize the whole judicial procedure.

Considering the cases where custody of a child is in question, it is possible that the child might be brainwashed by the mother and this is logically irrelevant on the grounds that it is a generally well-established fact that kids are close to their mothers. Section 53 of the Indian Evidence Act can also be said as a similar example where the previous good character is relevant in criminal cases. But this is not logically relevant because previous good conduct does not provide any assurance that the accused will not do the same thing again.

Section 11 of the Indian Evidence Act is an equally significant section as it speaks about the facts which are not otherwise relevant but might become relevant further in the process of investigation in a case. The section is to be read with other significant sections of the Act such as sections 32 and 33. Though this section does not come under the past classes but it is significant from the free angle as it discusses regarding the facts which are not logically relevant at the current period but can turn out to be possibly significant for the case in future.

The legal relevancy, as well as logical relevancy both, is significant for the evidence to be used in a proper manner for any case to reach a conclusion. Legal relevancy is widely based upon logical relevancy, but still, it cannot be said whatever is logically relevant has to be legally relevant and vice versa. Logical relevancy is a significant factor in deciding the probative value of facts, it so happens that the facts might be associated with one another by changing degrees of logical proximity and immediate circumstances, and end results, indirect and even speculative circumstances and end results. Thus, the courts should allow the facts which contain a high degree of probative value as that would assist the court of law with choosing a path with relatively higher certainty.