Hostile witness is also referred to as someone who is antagonistic or aggressive in nature, in the event that he will not come clean in an official courtroom. The witness that is called upon either by the appealing party or the responding party knowingly accepts that only the related proofs and facts will be given by the witness as per his disclosed statement inside the courtroom. At that point if the witness’s statements are untruthful/ false/ deceptive or if he is called inside the witness box and he disapproves the addressal of questions, then the appointed authority will be asked to announce as per the requesting party if the witness is hostile or not. This permits an alternate strategy in addressing the questions. 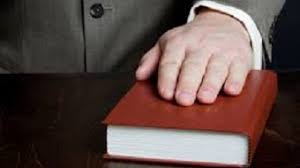 An individual who is available at some occasion and ready to provide observed details and particulars about the happenings of the occasion is considered as a witness. As such witness is an individual, whose presence is essential in the preliminary trial of the court so as to have the option to demonstrate the particulars of that incident. The word hostile witness must be deciphered in an extensive way. Common law has set out specific eccentricities with regards to a witness who is hostile in nature. The complete concept of hostile witness was derived from Common law. Therefore, Common law has played a major contributory role here. Likewise, the significance and definition of hostile witness as per Common law is also inferred upon by the Indian Law.

An individual who by the means of his disclosures or undertakings gives off an impression of being duplicitous or deceitful in an official courtroom in opposition to the said party is referred to as a hostile witness. It is only upon the judge or the adjudicator to pronounce an individual as hostile in the courtroom, however it is for the most part in line with the lawyer suggesting the questionnaires. In light of the witness’s attitude and plausibility, while figuring out who can be viewed as a hostile witness, the judge determines a witness’s hostility. The appointed authority can likewise decide whether the witness is a negative observer if he is giving out pointless or negative proof. [1]

Section 137 of the Indian Evidence Act, 1872 states down three stages for the witness’s examination,

During the preliminary trial period or during assessment or questioning round, at any point of the stage the witness can turn antagonistic or hostile. If the witness in specific cases acts antagonistic and is announced as per The Indian Evidence Act, S. 154 as a hostile witness, the declaration won’t be disposed of from thought by and large, essentially on the grounds that the witness is threatening. For reality to win in an issue submitted before the court, the authorities will investigate the declaration, in the event that it could be authenticated with some kind of genuine and dependable proof.

In specific cases the inquiries were addressed unfavourably by the witnesses to the contrary party. In such cases, there is no event of dishonour that takes place, however if their declaration is not mirroring the honest realities of the said case and is deceitful then it will be considered as unconditional by the court. Hostile witnesses can likewise be liable to interrogation to invalidate their declaration inside the courtroom. Each and every condition before the courts of justice, would be dependent on the current proof if at all the declaration of a witness ought to be genuine/ truthful or not.

It was held in the case of Rabindra Kumar Dey Vs. State of Orissa, 1976 that a discretionary power is presented to the court under Section 154 of the Indian Evidence Act to allow cross questioning/examining. This discretionary power doesn’t consist of requisites or standards in order to administer the activity of judicial discretion. There must be wise and appropriate practice in light of a legitimate concern for exercising the discretionary powers in the court. [4]

A party won’t typically be permitted for the cross-examination/ questioning of their witness and announce it to be a hostile witness as per the said law regarding the matter. The party can only do so:
· If the witness’s announcement shows a component of aggression
· If the disclosures which were made by the witness before the court were later discarded by him.
· If the Court is fulfilled that the witness is being untruthful about the facts and it might be important to question and cross examine him in order to get veracity and accuracy of the facts. One of the glaring occurrences in which the Hon’ble Court supported the request for the permit of questioning of the witness after he discarded his said proclamations before the Court.

In Dahyabhai Chhaganbhai Thakker v State of Gujarat, it was held that, Section 154 of the Indian Evidence Act doesn’t put limitations through vital ramifications in the discretionary powers of the court before the witness’s assessment or to a witness’s specific phase of the assessment. Huge emphasis is laid upon the discretionary powers of the court in order to practice the same when conditions like so prevail. During the examination or assessment, a clever witness would completely adjust to what he expressed before the court of justice or towards the official authorities. However, the same witness during cross examination would act in an unobtrusive manner repudiating to what he expressed during the period of assessment/ examination. [5]

The witnesses, who turn hostile and don’t make honest disclosures in the court, will consistently prove individuals to lose confidence in the adequacy and faith of the existing legal framework. The social structure shall carry on to be disintegrated and separated.