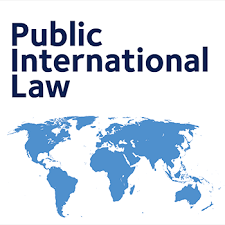 Before Describing of the Topic there must be Clarification of the Meaning of Fragmentation is the differentiation of international legal angle which occur in the various region of the society. It is commenced by the Emergence of Specialized and Autonomous rules or rule-complexes and then by the legal institutions which got separated according to their prospective works, and at last created a sphere of legal practices which show the illustration of the Fragmentation of International Law. It include the two phenomena which illustrated by the Different Legal Instrument of Institute with the Courts which increases the specialization. In common words Fragmentation is the Body of whole which is divided into various other part which work as other Institution for the same Reasons For Example – Planaria

There is the functional fragmentation from regional which depend on the geographical or Territorial fragmentation. There are two fragmentation first one is the institutional fragmentation which includes different treaties, organizations, bodies, and Courts) and Second was the Ideational Fragmentation which includes different objective and values. Those two is to be the flow into each other by the conference of parties and dispute settlement body etc. International state responsibility ventilated the idea of regimes which control all the reaction of norms. We can distinguish between the Fragmentation of Lawmaking and law application, in the political developing process of international law there is lack of political relation in which opposition parties does not want the law which can benefit to the citizens because by this there votes can be went to the ruling parties, hence the law making fragmentation is can be made by the law appliers. The other one on Law application  Fragmentation based on the linkage of different matter like Labour & Trades would not necessarily eliminate conflicts in law-application, because there are often no strict incompatibilities of different broad objectives (such as promoting free trade and promoting laborers’ welfare), but rather merely tensions arising from the prioritization of different objectives. Actual conflicts normally only arise in the concrete case at hand, i.e. in law-application and dispute resolution.

By the Consideration of Normative Parallelism, where similar and different norms are developed within desperate international Regimes & there is to benefits of Right of Protections and access to the Environmental Information & Investment Protections.

As by Inspired by many distinguish professional the international labour organization observed and discuss that the treaty conflict must have to provide modern perspective& Review Diplomatic Practices with Relevant case law for Solving the Conflicts.

In the international law there is to be a specialization accommodation various needs and concerns of the states engaged in the international law making, in which states presumed that their individual identity may better respected in the special regime. By the fragmentation it is benefit that the different state have the common institution of special need for certain situation is best fit for a given disputes. A less-than-global approach seems particularly necessary when different States clearly hold different beliefs about what basic values should be preserved by international regulation. Illustration of these different perceptions need not refer to the clash of civilizations; the simple fact of reservations to human rights treaties suffices.

REGIME- COLLISIONS: THE VAIN SEARCH FOR LEGAL UNITY IN THE FRAGMENTATION OF GLOBAL LAW

The two institution analogous facts interpretation of different Laws, which is the common issue in the legal system although in the international system there is lack of proper institutional hierarchy might see as problematic issue. For example A & B is in conflict between the territories differently which have both different laws for one institution, State A has validly acquired title to a piece of territory that another institution regards as part of State B. In the absence of a superior institution that could decide such conflict, States A and B could not undertake official acts with regard to the territory in question with confidence that those acts would be given legal effect by outside powers or institutions. Similar problems would emerge in regard to any conflicting interpretations concerning a general law providing legal status.

CONFLICT BETWEEN TREATIES WITH IDENTICAL PARTIES

To assume that a tribunal may not be entitled to apply general international law in the interpretation of a treaty is to hold that once States conclude a bilateral treaty, they create a vacuum that consists precisely of this type of exclusion. On the contrary, an enormous amount of materials support the applicability of general international law in order to interpret any particular legal relationship, whether also addressed by a bilateral treaty, a local custom, or a series of informal exchanges amounting to binding rules through acquiescence or estoppel.

There is No Harmonious construction according to the problems but due to the fragment of layer of Laws help the state to contribute the progressive development of International Law. However Fragmentation has no single solution for all the conflict arises between the parties by amid fragmentation of International law although the international law have certain solution for the conflict but there must be primary and secondary solution for all the Conflict between the States arisen and made fully aware of the problems which can disintegrative effect of fragmentation be eliminated.