“Feminism is all about asking for equality” – NO, it’s a lot more than this. People, generally in India have a perception that Feminism is all about some shameless women who just want to compare themselves with the men of this society and use to cry all the time for the equal treatment as of men. That’s a totally misunderstood concept of this highly defamed and demeaned word, which we call feminism. Feminism is about women’s rights, those rights which the dominating gender of this society never allows them to use it. 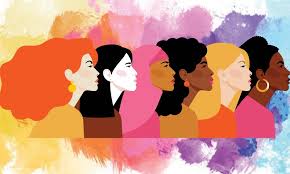 The basic concept on which this entire concept depends is nothing but a belief that women should have the equal rights and opportunities with the equal freedom without any dominance from anyone. Mostly people believe that feminism is a ‘anti-men’ concept but this thinking is far away from the truth behind this word. Feminism enables an emotion to ask for the rights, to fight for the rights which were never given to the women of this society. This is true that feminism is about women, the word itself says that, but it’s not against the men. Whether we believe or not but it’s true that women were dominated by the men, not only in a particular religion but the females of each and every community were dominated and many are still facing all those restrictions.
There are some in fact a lot of women even now can’t speak up about their right, they are not allowed to question the decisions taken for them by others. Basically they are restricted from using there own basic and fundamental rights. Feminism is just an encouragement for these women so that they can think, speak and do the things for themselves.

Now The Question Arises Who Are Feminists?

Obviously the women, you are absolutely wrong if you think the same. For being a feminist, it’s not needed that you should have taken birth as the female, a man can be a feminist too. Many of you will find it strange but that’s the point that being a feminist does not means that a person is against all the men of this society. If he or she has a feeling of feminism, it means that he or she is mature enough to understand that it is required for the well being of not only a gender but of the whole humanity. There is common phrase that if you educate a woman, you educate a family, the word ‘educate’ is not only about making a woman literate, it says about the boosting of morals, values, ethics and a making her strong enough so that she can nurture the next generation with all those characteristics and values. A woman not only gives birth to a person but also she builds the character with the values, ethics, in short the all round development of a person’s character is ensured by woman who herself is strong and educated enough. It’s a fact that our nation can only be strong and developed when the women of the nation will be strong and independent and this dream for the nation and it’s women is yet to come true.

There are myths that feminism is about a pink revolution, an anti-men campaign, a demolition of the culture traditions. These all are myths, The concept of feminism is not all about pink, it is not an anti-men campaign or a threat to the culture. It’s also not about asking freedom to wear short dresses and to drink alcohol. It’s about giving a voice to the women so that they can raise their voice against all the injustice stand for themselves and for their rights, and make themselves independent and free of all those restrictions and boundaries and can do what makes them to feel comfortable and happy without any fear of the society or anyone. One can say that Feminism is nothing just a range of social, political movements and ideologies which aims to define and establish the social, political, economical and personal equality among the sexes.
We need to understand that making a woman strong and independent is not against any culture an tradition. In last, I just want to say that “They have also got this beautiful life, let them feel that they are alive.”

3 thoughts on “Feminism: The Most Misunderstood Term”