OVERVIEW OF THE CONCEPT OF ‘HORIZONTAL EFFECT’

The Indian Constitution, just like its counterparts in the United States, Canada, and Germany, commonly deals with constitutional rights that are ‘vertical’ in nature. Before the horizontal effect is elucidated, it is obligatory to understand what inferences are brought forth by the ‘vertical effect’. 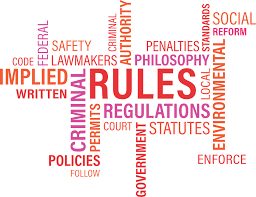 The vertical effect of constitutional rights is a phenomenon we, as citizens, are much more familiar with. It is a well-known fact that rights are conventionally enforceable in a vertical manner, i.e., it is enforced against the State by an individual. Human Rights are the most common example of this.

It is there that the application of horizontal rights takes effect.

Horizontal application of rights means that an individual can enforce their right against a private individual as well. In today’s time, it is impossible to not notice the growth of the private sector and the need for it to have its own set of rights for indirect, if not direct governance. This horizontal application, as recently developed and in use by the Indian and International Courts is very significant to enhance safety due to this apparent growth.

But the Constitution is a living document and the courts in India have been a very significant authority in maintaining that specific nature of it, hence, the evolution, through various significant cases has ensured that fundamental rights achieve the status of horizontal effect as well. Horizontal rights, however, must be differentiated in clear terms according to the ultimate application.

The key to understanding the concepts of Direct and Indirect Horizontality lies in the terms themselves. It all comes down to the limit to which one has influenced the private actors involved.

In Direct Horizontality, for example, the application of fundamental rights is carried out if there is any evidence of an action that violates the fundamental rights of another. There are significant cases where the Supreme Court has applied such a principle, mostly in cases where it was required to do so to preserve the idea of a welfare state.

For example, in the case of MC Mehta v. State of Tamil Nadu[1], the court found out about the fact that children, under the age of fourteen were employed by a private factory that made firecrackers. This was said to have violated Article 24 of the Child Labour Prohibition Act. The court ordered the employer to pay compensation to the children.

Another case, which is much more recent and significant in this matter is that of Society for Unaided Private Schools of Rajasthan v Union of India[2], where, famously the court had maintained the constitutional validity of the Right to Education Act, 2009. This Act was said to be in consonance with Article 21A[3]. The Court held that it was not unconstitutional for the Act to apply to private, unaided schools and demand them to admit 25% of their admissions from disadvantaged sections.

Through these applications, it is significant that horizontal effect, direct in these examples has been very vital in maintaining the idea of a welfare state, as promoted by Directive Principles of State Policy, especially under Article 45 of the Indian Constitution[4] when it comes to the cases stated above.

In Indirect Horizontality, rather than directly regulating a non-state, private actor in a case, the court does the same by imposing a duty on them by the law. Such a complex mechanism may take effect in two ways.

Foremost, in a scenario where the duty is made obligatory on the government to protect the private individual against other private individuals in the case and where constitution is explicitly quiet on subject matters but are implied for the apparent realization of the objectives of the Constitution.

Secondly, when the court applies constitutional right to private law.

Therefore, in either of these two scenarios, court evidently finds a way through law, even if it isn’t of direct nature to control the actions of the private individual.

There is a significant case in which the Supreme Court exercised the principle of Indirect Horizontality. It skillfully applied Indirect Horizontality to interpret provisions of private law, with that of a constitutionally recognized principle. The case of Githa Hariharan v. Reserve Bank of India[5] is concerned with Section 6(a) of the Hindu Minority and Guardianship Act of 1956[6]. The Act stated that in the case of a Hindu minor, the guardian of an unmarried girl or boy is first the father and then, the mother.
Clearly, this provision was promoting sex-based discrimination which is prohibited under Article 15 (1) of the Constitution but, the Court, in this scenario, interpreted the Act (a private law statute, one must remember) consistently, with the right to equality. Hence, it did apply Article 15 (1) but indirectly levied its implications on the private law.

UNDERLYING QUESTIONS TO THE CONCEPT OF HORIZONTAL APPLICATIONS

The case is mostly in favor of Horizontal Applications of a Constitutional Right, especially a Fundamental Right. However, the concept is new – this is just the very beginning of it. It would be apt to state that the courts have just scratched the surface of the extent to which Direct and Indirect Horizontal Applications may function.

These applications do depend from scenario to scenario but that doesn’t mean that a general check must not be maintained on them.

Therefore, the foremost question is one of its scopes – what kind of action can a court not take, even under the most indirect circumstances?

Secondly, one must detail to which limit can an action guide the private authority’s working?

And lastly, how does the judiciary plan to maintain the balance between constitutional laws and privacy laws before the question of the type of horizontal application even arises in a case?

The concept of Indirect and Direct Horizontal Applications is one that will be much more significant in the coming future to promote the idea of a welfare state – such a fact is significant at this point. It is relevant and evident in the ways that the courts in India have already begun to use it.

But just because the concept is working in a positive way, doesn’t mean that it shouldn’t have its safeguards.

It may assist the judiciary in maintaining the ethical nature of a private body like in the case of MC Mehta stated above, but every case is based on its own facts, therefore, there is a need in today’s time for such applications, but at the same time, another arises for its safeguards to be set in stone as well.

[1] 1991 AIR 417
[2] 2012 6 SCC 1
[3] Article 21A of the Indian Constitution – The State shall provide free and compulsory education to all children of the age of six to fourteen years in such manner as the State may, by law, determine.
[4] Article 45 of the Indian Constitution – The State shall endeavour to provide, within a period of ten years from the commencement of this Constitution, for free and compulsory education for all children until they complete the age of fourteen years.
[5] AIR 1999​, 2 SCC 228
[6] 6(a) of The Hindu Minority and Guardianship Act, 1956 – in the case of a boy or an unmarried girl—the father, and after him, the mother: provided that the custody of a minor who has not completed the age of five years shall ordinarily be with the mother